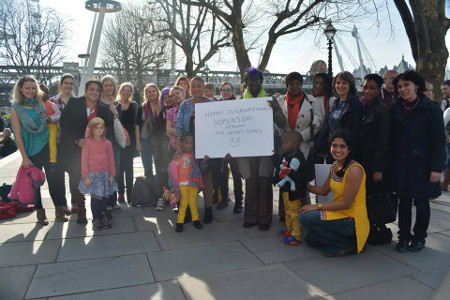 Singing and self recovery

Like most people stress can get the best of me. Project after project, priority after priority: it can eventually become too much. I started to look for ways to tend to my depleted emotional wellbeing and put an end to the monotonous cycle of stress I had become caught up in; but what should I choose? Yoga just confused me and meditating made me sleepy. I thought I was at a loss until I discovered a local women’s singing group.

While it may be a pastime usually relegated to the stage or the shower, depending on the singer, singing is proven to be incredibly beneficial to your mental and physical well being. The Sidney De Haan Research Centre for Arts and Health recommends singing as a way of promoting mental wellbeing and researchers at the University of Gothenburg in Sweden have discovered that choir members’ heartbeats synchronise when they sing together. This brings on a calming effect similar to yoga.

As soon as I walked into class the difference between the rushed, noisy world of central London, where no one dares crack a smile or show any sign of weakness, and the class was immediately apparent. Instead of the usual averted gaze and complete lack of acknowledgement I was used to when going to events or meetups in London, I was greeted with smiling faces and welcomed like an old friend.

The choir in question is My Heart Sings, a women’s community choir based in London. Choir leader Shilpa Shah discussed why she decided to start MHS: “I’ve seen how singing can help create positive social change – relationships are strengthened and there is a sense of personal growth and wellbeing which can spill into every-day life and work. I started My Heart Sings to bring women together to create more of that magic for ourselves.”

After attending for only a few months I have to say I feel a huge difference in my state of mind, which Shilpa puts down to the effects of singing in a group as it gives us “time to be really in the present moment – when you’re focusing on singing in harmony with others, any thoughts of to-do lists or worries go out the window for a while.”

She adds: “As one of our singers says ‘I love to sing because it beats my PMT and grumpy face’.”

Whilst the benefits of singing are undeniable there is also something to be said about being in a creative space with a group of women. Although Shilpa has led mixed gender groups previously she felt there was a need for women to come together in this form.

“In a patriarchal society where there is structural discrimination against women and girls, it’s important for people who may have similar experiences to be able to spend time with each other.”

She continues: “The current Tuesday night group includes incredible women who are nurses, social workers, teachers, mental health advocates, campaigners, community activists, lawyers, artists, writers, carers, volunteers, supportive friends, mothers and all sorts of other things. In these roles, and others they might play, they use a lot of their energy, often to benefit others. My Heart Sings is a space for women to do something for ourselves.”

Although group singing also has a strong connection to politics and protest movements Shilpa is quick to point out that protest songs are not the only link between singing and politics: “Whatever we choose to sing, for me the radical change potential is in the personal growth and development that happens as a result of the creativity and inclusive connection with others.

She continues: “Since My Heart Sings started in November, singers have reported getting into work after a long period of unemployment, an improvement in their health, discovering well-being through taking up other musical hobbies, learning about social justice issues and different cultures or being more confident at work. After one performance, one woman said she ‘felt a few cm taller’.”

In Sisters of the Yam bell hooks declared that “choosing wellness is an act of political resistance”. As activists we can overburden ourselves with too many projects, which on top of work, relationships and daily life can mean that we are unable to fully sustain all of our projects. To remain committed to activist work and to our own wellbeing we owe ourselves that day off, that massage, that chance to fully feel the strength of our lungs intertwine with the strength of twenty other women. Whatever way you choose to de-stress, I’ll be singing my heart out.

The image shows a group of women with some children standing outside, holding a sign that reads “Happy International Women’s Day from My Heart Sings”; it belongs to My Heart Sings and is used with permission.