When your lover says you’re ugly, it’s a low down lie. 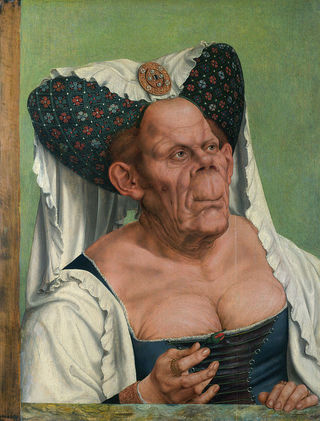 There’s a Huffington Post article by Robin Korth entitled My ‘Naked’ Truth which is making the rounds on social media. The author is a 59-year-old woman who describes a brief relationship with a man called Dave who complains that her body is too wrinkly and offers advice about how she might remedy this:

He spoke of special stockings and clothing that would “hide” my years. He blithely told me he loved “little black dresses” and strappy shoes. He said my hair was not long and flowing as he preferred, but that was okay because it was “cool looking.”

After ditching the reprobate, Korth goes on to examine her naked body in the mirror:

…I claimed every inch of my body with love, honor and deep care. This body is me. She has held my soul and carried my heart for all of my days. Each wrinkle and imperfection is a badge of my living and of my giving of life.

Which is fantastic. The only point that’s missing is that Dave is almost certainly lying.

It’s not that all bodies are attractive to all people, or that nobody is ever disappointed by physical aspects of a romantic or sexual partner. Many if not most of us will at some point be rejected because of the way we look (or smell or the sound of our voices).

Yet it’s a rare lover who, confronted with something that genuinely turns them off, will point it out. We make our excuses and shuffle away. Not criticising a person for something beyond their control is a fundamental rule of polite conversation, applied doubly for those whose feelings we give a damn about.

When Korth finishes with Dave, he is surprised:

When I told Dave that I never wanted to see or hear from him again, he was confused and complained that I was making a big deal out of nothing. He whined that I had taken a small part of our relationship and made it a major event.

Of course he did; he wanted her to stay, on permanent probation, trying to live up to an impossible ideal. Not because he needed her to change to get a hard-on, but because he needed to have control. Any honest man who found wrinkled skin so drastically unattractive would simply not be dating a middle-aged woman.

One effect of our culture’s saturation with images of a very particular version of white, young, thin, feminine beauty is the idea that this is the only thing a straight man could be happy with. It’s not – no more than the only kind of man who can turn a woman on is a ripped young beefcake, an actual prince or Benedict Cumberbatch. Straight men face additional social pressure when it comes to their selection of partners – I’ve never heard of a woman having a secret affair with a fat man, afraid her friends will see them together – but men are a varied bunch and not quite so influenced by culture as our culture would have us believe.

What our culture does provide is a great deal of power to any man who wants to say, “My boner determines your worth as a human being. You don’t look like the women in the magazines, so you need to step up your game to impress me.”

This is an enormous power trip. You see a fragment of this delight when men hold forth on the internet about how unattractive this or that attribute is. To be able to say this to a real woman who cares about your feelings? That’s a ride.

I was eighteen when my new boyfriend told me that my breasts were a saggy disappointment. I’d already received this message – Korth herself boasts of breasts that are “nowhere near my navel”, but mine have never been far off.

He was only being honest. It didn’t matter much, and there was nothing I could do about it – except, maybe try and exercise my upper body; get some muscles to help hold everything up.

Acne made my face resemble a pizza. I’d heard this at high school and a few short years later, I was hearing it from a 34 year old man. I probably wasn’t washing properly. I was probably eating the wrong foods. I touched my face too much; resting my cheek on my hand, which couldn’t be hygienic.

Men, my boyfriend explained, are very visual. He was only trying to be helpful. Helpful and honest.

And then there was my weight. Had it increased as often as he said it had, instead of a divorce, I could have waded into the sea and declared myself a republic.

It was all a big trick. The only reason you might stay with someone who had so many flaws would be in order to point them out and enjoy watching their unwinnable struggle, not, in the end, to impress you, but to avoid offending you. That’s the turn on, that’s the buzz.

This, I’d guess, is Dave’s MO. It may never have been so extreme. There are men who merely dabble in the power play of “Maybe if you lost a few pounds…” or joke about their lover’s hang-ups as if to say, Stay on your guard. However, the vast majority of times I heard or read about this story, it’s early on in relationships. It’s establishing a power dynamic.

[Image is the sixteenth century painting “A Grotesque Old Woman” or “The Ugly Duchess” by Quentin Massys. It depicts a cheerful and bright-eyed elderly woman, possibly with Paget’s disease, in a lavish costume. It can be seen at the National Gallery, London and is out of copyright.]