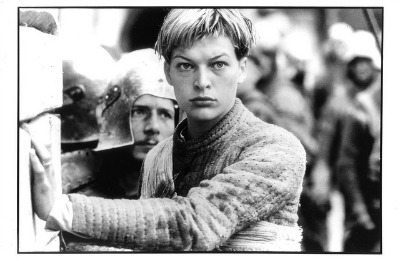 This week is PRIDE in Bristol – my new adopted city. To celebrate I submitted a monologue I wrote some time ago – inspired by staying at a boutique B&B in the Lancashire town of Chorley. I had chosen this place to stay at random and wasn’t expecting it to be owned and run by a lesbian couple. And when I say lesbian – what I actually mean is two women in a relationship. One thing I am learning as I begin to my own and explore my ‘queer’ status, is that labels come with their own instructions. But I digress..

Back in Chorley, as the evening progressed, I got talking to Joan and, as all good writers do, her story was revealed to me. She told me of her aggressive husband and how she left him – firstly for a friend of hers and then for a younger female artist who she now runs the B&B with. Joan of Chorley I thought. What a great idea for a play. And so several months later I wrote her story – or my interpretation of it. And yes, at the time I did ask her permission and she did agree. And so Joan will forever be immortalized on stage tomorrow evening in Bristol as what is being called the ‘Queer Shirley Valentine’. An apt description. But behind the humour of the piece lies a poignancy and raw truth of what many women experience – sometimes over a lifetime.

Trapped in relationships with men they no longer love or want. After years of being ‘heterosexual’ what does it mean to leave this normative societal safety to set up home with a woman. We may think of this as a modern phenomenon but in fact I suspect it has been going on throughout history. When I look back at my sexual history and romantic life I can see that the pressure to be follow the normative path is huge – all embracing. The prince on a horse – the mighty conquering cock – the great protector provider. Who wouldn’t want that?! When we throw in the inequality of opportunity, unequal pay, little or no value assigned to birthing and raising children by society is it any wonder women to cling to men for dear life. What alternative is there without an independent income and a career?

Inflammatory statements I know but in 2008 a report in the Daily Mail stated that 59% of women would leave their husbands if they could afford it. But what does this have to do with Joan? Why did she fall in love with a woman and why are same sex relationships on the increase? Why? Because if the normative is questioned and even taken away then what is left?

Space? Choice? Love? Love between two people. Love between two people who happen to be women. If choice of sexual preference were supported the world would be a very different place. But I am not writing this piece to raise a political point or to begin a debate around sexual identity and gender. I am writing this to raise awareness and to pay homage to women like Joan. When she told her husband she was leaving he literally told her to never darken his door again. Dirty bitch. And other choice words that are more or less unprintable. But Joan is happy. She is living a new life. I am sure many would envy her. She is brave and chose love. No relationship is perfect but if we could choose and be valued for alternative loves and lives then the world would indeed be a very different place.

Photo shows Milla Jovovivh as Joan of Arc in the film “The Messenger: The Story of Joan of Arc”. The photo is hlack and white and shows a woman with short hair with soldiers wearing armour. Photo by flikr user luvi, used under a Creative Commons Licence.