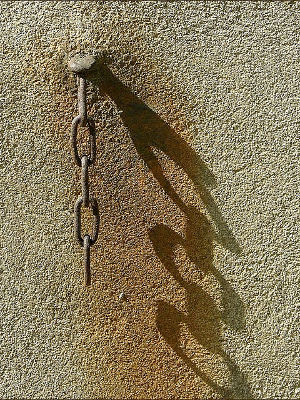 Addressing the root cause of Rotherham

When crimes are committed that are based in patriarchy, it’s the system and culture that needs to be addressed, writes guest blogger Mag the Blag

The exposé of sexual exploitation in Rotherham is deeply shocking because it shows that gangs of men continue to see it as their right to sexually abuse young girls.

The media described two shock waves. The first was that the events happened. The second shock was the lack of action by the authorities, mainly the police and child protection services, that allowed it to continue over decades.

I want to talk about a third shock, albeit a more subtle one, that relates to the media itself and how it reported the events. Despite the profoundly disturbing nature of these crimes, the media is still incapable of seeing the crimes for what they are: an aspect of patriarchal culture.

The media and political reaction to Professor Jay’s report is to demand heads. Of course, this is right to some extent. The senior managers and political leads should resign. However, the media have taken it on themselves to ask questions about those people who have moved on into other positions and investigate the front line workers who were involved in child exploitation cases. (It’s the mostly female social workers who are being chased, incidentally. No-one is talking about the mostly male police officers in this way.)

Every single person involved in the Rotherham child exploitation scandal could be rooted out and given the sack but it would not change a thing – because it is the culture that needs to change.

Professor Alexis Jay, who wrote the report that detonated a media bomb, was brave enough to mention the macho culture within Rotherham Council that made it so hard to question the lack of action. However, the misogyny wasn’t limited to elected representatives. She pointed out that the police usually viewed the young women involved with utter disdain, which meant they were colluding with the perpetrators. Social workers often held victim-blaming attitudes, thinking that the young women involved didn’t deserve help.

Yes, it’s about race; yes, it’s about class; yes, it’s about the austerity and the cuts that have so overwhelmed services. And yes, there are the recommendations that Jay puts forward, including counselling for the workers involved, better supervision and caseload management, which are all clearly thought out and much to the point.

But the basics are that men were able to rape at least 1500 young women. This is violence against girls at its most raw. For things to change misogyny needs to be named so that the role patriarchy plays can be faced head-on.

The exhaustion of dealing with child sexual exploitation makes it tempting to fall back on stereotypical views of women and young people. It’s easier to blame the victim. So we should not in turn blame the front line workers overwhelmed by heavy caseloads.

What needs to happen is a concerted effort to question the attitudes of all those involved in child sexual exploitation work. Moving from a women-blaming culture to one that allows empathy for the victims means being able to challenge deeply held views. Traditional training, with its emphasis on the passing-along of information, is not up to the job. Some knowledge is needed but a large part of change must come through an understanding of what fuels the inability to see others as anything other less-than.

Inspired in the first instance by consciousness raising groups of the 1960s and 1970s, there is a method of training that uses personal experience in a group context in such a way that participants become aware of how they have been influenced by patriarchal thinking. It may seem far-fetched to believe that organisations such as government departments and local authorities can put in this kind of holistic training but there are certainly precedents.

Whole systems approach to domestic violence is a method of training personnel throughout an organisation so that everyone from senior managers through to frontline workers can begin to see domestic violence in a new way. The belief systems of perpetrators, survivors and professionals are put in the context of patriarchal attitudes. Nobody claims this in-depth training is easy. The road to empathy is an arduous emotional journey and there’s an element of fear and shame as it can show up previous professional behaviour in a poor light. But it can be life-changing for the workforce as well as for the people they work with.

There is no reason why similar training cannot be put on for organisations dealing with child sexual exploitation.

For in-depth change to happen, decision makers need to name and shame patriarchy itself. Child sexual exploitation is now acknowledged to be a widespread problem, so we can only hope the issue has become so urgent that leaders are able to show the necessary courage.

The photo is by Jerzy Durczak and is used under a creative commons licence. It shows a chain of five links hanging down on a wall, casting a large shadow next to it.