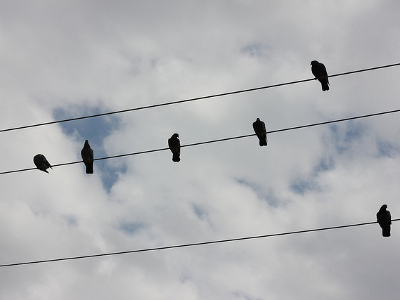 Beyond bullying: what happens next?

The names of people mentioned in this blog post have been changed.

Sometimes people you know are having a hard time and you don’t notice. It was like that with an old acquaintance. Perhaps I was busy with my own life or maybe I wasn’t listening properly. When Nyla told me she was being bullied at work I didn’t take what she said seriously. I just kept up with the main events.

I knew the background fine: Nyla works in a mid-level job in a government institution. Her manager John was calling her racist names, telling her sexualised jokes, making remarks about her Muslim background, denying her work and humiliating her in front of colleagues. She told me bits and bobs and almost in passing she said she had confronted John, but the bullying got worse instead of better.

The next time I heard from Nyla she told me that her manager had been marched out of the office by security men, cardboard box in hand, just like in a Hollywood film.

This was amazing! She was my heroine! How did she do it?

Nyla told me she’d found out there were other women of colour in another team who had been bullied by the same man. She eventually found the courage to team up with these women and put in a complaint against John. A manager in HR, one of the few black men in the organisation, was sympathetic and pushed for her case to be heard. The investigation that followed revealed John had a long history of persecuting women from ethnic minorities. Events then moved very quickly. Top managers were informed, were duly horrified and John lost his job.

Nyla, with a little help from her friends, had managed to oust a bully from the organisation. But it was a long hard slog and it took a personal toll on Nyla.

We talked through what might have helped her to deal with this man. Proper training for managers, anti-sexism and anti-racism workshops, a union committed to end bullying and an independent phone line so that bullying couldn’t be ignored. Most important, there would need to have been a change in the culture of the workplace to embrace respect for all employees.

I wondered if this list was unrealistic so I passed it by another acquaintance, Shula. She is the Chief Executive of a medium size charity working in an inner city location. She told me that, far from being unrealistic, she and her colleagues had begun the Good Heart project to end bullying at work. “It has to start from the top. I make sure I show my senior managers absolute respect and we have a zero-tolerance for any rudeness in the organisation. We haven’t eradicated bullying completely but we have got a way of spotting it and dealing with it very quickly.”

What came across from this conversation is that with political willpower, management can deal with bullying. There’s a formal structure to employment where everyone is responsible to someone else and there are sanctions such as losing your job. Shula’s charity is not very big but they were managing to do it without the plethora of possible support available to large organisation with their HR and Occupational Health departments.

That should be the end of the story. However, for Nyla, it was only the start of the journey. To me she’s a role model but it didn’t feel like that for her. She found it hard to go into work, she felt suicidal and she ended up taking time off sick. John was gone but she felt terrible about herself. She doubted her actions. Even though she was the victim and not the perpetrator, she felt guilty, as though by reporting her boss and getting him removed it was her fault rather than his.

So it’s not just that the culture of the work place has to change, it’s that we have to rethink how bullying is dealt with. Parallel to the process of dealing with the bullies themselves, the victims have to be supported, not just to encourage disclosure but to deal with the aftermath.

Perhaps a very big leaf needs to be taken out of recent work in domestic violence. When victims of domestic violence are supported by independent advocates, the rates of conviction increase dramatically. If we are to take bullying in the workplace seriously, victim care needs to go up the agenda.

Nyla is now back in work and coping with her life. But if she had had the right support, she may not have gone through the psychological nightmare that was her reward for ridding a government agency of a man who for many years got away with persecuting those beneath him with impunity.

The image is by Elvert Barnes and is used under a creative commons licence. It shows birds perching on telephone wires: one on the top wire, four on the middle wire and one on the bottom. The sky beyond them is cloudy.