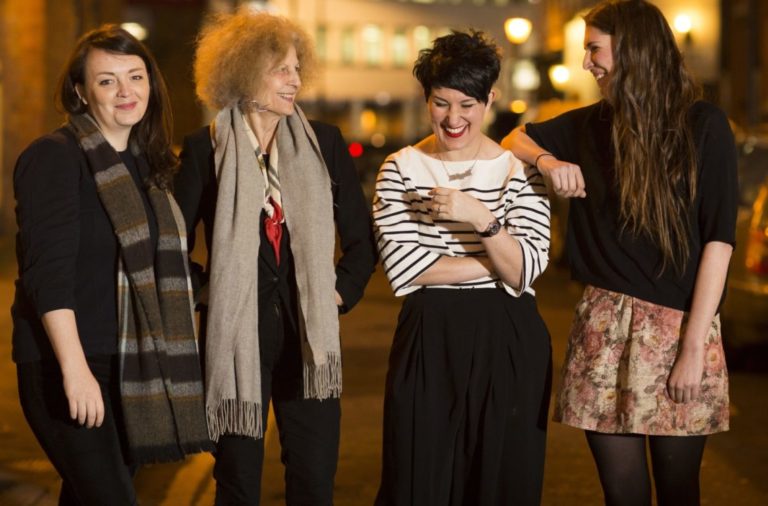 Accompanying the RSC’s recent Midsummer Mischief festival in Stratford-upon-Avon were a number of discussions, including sessions such as ‘Gender, feminism and theatre-making’, ‘Shakespeare, gender and radical thought’ and ‘Roaring Girls today’. It was an invigorating day. At the heart of a lot of points raised was the question: what is theatre’s role in feminism?

I’m an advocate of using theatre to promote, explore and express feminist thoughts (I know it’s pretty shocking that the theatre editor of The F-Word would think that, but stay with me). There was certainly enthusiasm from those present in doing so. However, it’s clear that there are different ways in which theatre could be thought to do this and there are mixed feelings on the effectiveness of these.

Recently, plays on feminist moments in history seem to have been quite vogue, partially linked to a number of centenaries around the suffragette and suffragist movements. In the last year alone, we’ve reviewed a couple of plays about the suffragette movement, one about women campaigning for equal education in 1896, an imagining of the life of Pope Joan and a show about the first vibrators in the 19th century. This doesn’t include the numerous revivals of plays written several decades ago that, while contemporary at the time, now give a historical perspective on women’s issues.

Is this a good thing for feminism? I think it’s complicated. In Stratford-upon-Avon, there was a strong feeling that remembering the past was essential for the movement and that plays that display important periods like these remind us of “battles won”. This can be inspiring and can offer a positive outlook. Considering that a lot of campaigns take a long time to achieve change, it’s easy to sometimes feel like you’re not making a difference – seeing past successes as well as understanding the dramatic shift in women’s rights in even recent history can be inspiring and necessary.

However, sometimes I think plays that focus on historical feminism can be counter-productive. It’s not uncommon for the general audience sentiment following such a play to be, “Thank goodness things aren’t like that now.” This is a completely understandable feeling, and one that I broadly agree with, but I also think it’s an escape. It makes it really easy for people to feel like feminism has achieved its goals – because you can see, for example, that women have got the vote and can go to university. Feminism won! And it has won some things. But I worry about giving too much encouragement to complacency and failing to underline urgent issues that are facing us right now.

That’s why I feel that the key role for theatre in advancing equality and social justice is through productions that interrogate the status quo. In one of the discussions, Lesley Ferris from the Ohio State University talked about suffragettes who founded a theatre company in 1911: this was a different way to express their message. Meanwhile, in 1909 Christabel Marshall was lamenting that in London, there was not one piece of theatre recognising women in non-traditional roles. Theatre can often be an interpretation of society and therefore shows audiences what they recognise and can cope with. As theatre gets more radical and revolutionary, it needs to challenge instead of confirm. People engaging with art forms are usually at their most open-minded and it’s often through a poignant piece of music, an uncompromising film, an honest and revealing artwork or, yes, a play that puts things in just the right way that leads to those eureka moments.

Those moments are what feminism needs. For everybody who thinks the time for feminism is over and can’t engage with the repeated arguments that they don’t see as relevant to them, there’s the potential for eureka moments through art and theatre that can access both the emotional and the intellectual responses to what is being shown. Theatre that focuses on the historical misses this by confirming conventional wisdom that sex inequality only happened in The Olden Days. It’s when it really confronts the here and now that it begins to actively support a progressive feminism.

The image is by Helen Maybanks and shows the four playwrights for the Midsummer Mischief festival in a line talking and laughing while standing in a city on a road at night.