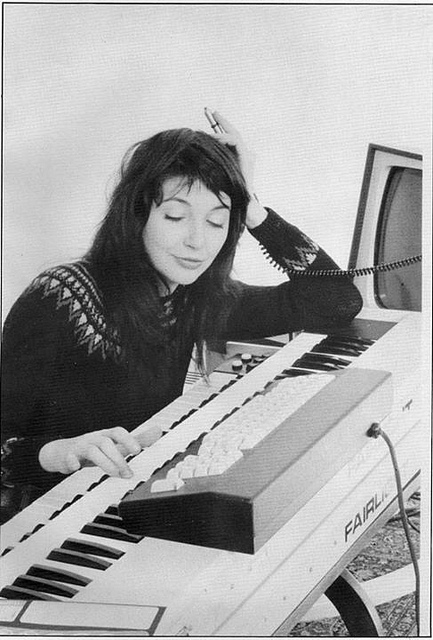 Unless you’ve been living under a rock for the past six months, it’s been pretty impossible to avoid Kate Bush’s return to the public domain, with her 22-day tour at the Hammersmith Apollo in London, which began earlier this week. Reviews have been overwhelmingly positive, although some dissenting voices have lamented the omission of some of her earlier hits such as “Wuthering Heights” and “Babooshka”. I was fortunate enough to see the show on Wednesday and can categorically proclaim that the show was none the less spectacular, as a consequence of this decision. Theatrical, beautiful, original – Kate was a revelation. The temptation to fill my playlist exclusively with Kate Bush songs is strong but, I’ve heard that not everyone is a fan of Bush (?!?), so will resist this.

I know very little about Laura Doggett, a singer and songwriter from Bath, but “Phoenix”, which I caught on BBC Radio 6, is just beautiful. I’m looking forward to hearing more from her.

“Tempest” is the first track I’ve heard from Lucius, who the Guardian described as somewhere between Haim and Arcade Fire – high praise indeed.

I finally watched The Punk Singer, a film about Kathleen Hanna and her involvement in riot grrrl, an interesting and inspiring watch. The spoken word piece Hanna performs at the beginning blew my mind. Highly recommended.

Please click here for your August playlist. You can also view the track-list here. Enjoy!

The image is a black and white picture of Kate Bush, sitting at her keyboard, one hand resting on her hand, the other hand striking the keys. Image by Daniel Rehn, shared under a Creative Commons licence.