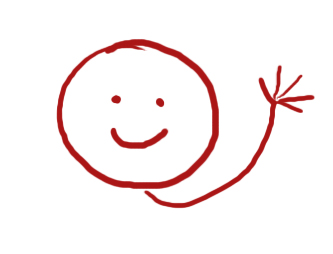 There have been a lot of changes behind the scenes at The F-Word in the last few months. Helen completed her spectacular stint as the site’s first rotating editor, and several long-term members of the collective have left the site.

First was Lynne, who could sort out hundreds of confused and out-of-date documents into coherent folders like nobody else. Her spreadsheet-fu is magical and her ability to resolve complex arguments with a few calm words was so, so valuable in the sometimes-fraught world of collective working.

Helen has also stepped down from the site. It is hard to describe just how much Helen has done for The F-Word – and the feminist blogosphere as a whole – in terms of advancing feminism’s progress towards trans inclusion. On top of that, her insightful writing and her wicked humour have been enjoyed in equal measure.

Next, Laura left the collective. Laura worked so hard behind the scenes to keep the website up to date and full of new, interesting voices. As the Guest Blogging Co-ordinator, Laura worked with dozens and dozens of women to get their writing published on The F-Word, and she took charge of posting each and every post, review and feature to our Facebook Page. I always loved her own posts, too, in which she could sum up a complex situation and identify oppression so, so astutely.

Other people have left the collective, too, but still have roles on the site as editors so remain with The F-Word.

And then, a few weeks ago, I made the decision that it was time for me, too, to leave The F-Word. I have loved my time here, I have met some incredible women, and I have learned a lot about things like collective working, different intersecting oppressions, and which blog post topics are pretty much guaranteed to make everybody in the world hate you.

I’ve been here for five years and, in that time, as well as blogging and buddying guest bloggers, I’ve managed the site’s social media presence, in particular building up our Twitter account to the 30,300+ followers we now have. I feel sad to leave, but The F-Word has become a complicated place for me recently.

While all the collective members and editors are committed to challenging oppression, sometimes progress is slow and so, after I identified a significant disablism problem, both on and behind the site, I have been frustrated by the lack of action that has been taken. I do believe that things will change, and I do understand that people have been having productive and useful discussions on the topic, I don’t feel able to stay in position in this context.

This isn’t some kind of whistleblower-style revelation; I do know that the collective is planning to publish a post about the disablism on the site, so this isn’t a renegade rant designed to embarrass The F-Word. It’s just that it would feel dishonest to leave without mentioning that this is a significant reason for my departure. This is a site full of people committed to examining our own and others’ behaviours, but not enough has been done yet to make it feel like a safe enough space for me, as a disabled woman.

I have confidence that this issue will be dealt with, and I hope that steps are taken sooner rather than later. I still love The F-Word and I believe it is an extremely positive force in UK and international feminism and, ideally, the departure of so many of us who have been behind the scenes for many years will make way for new, fresh ideas and approaches.

Edited to add: When Jolene left the F-Word collective, I thought she had stayed on as a section editor so I didn’t include her in the people I listed above who had left the site entirely in the last few months. However, Jolene had in fact also stepped down from her editing responsibilities, so I was remiss in not mentioning her above. Jolene is a passionate and dedicated feminist who has been involved in a wide range of important projects and campaigns all around the world. Her writing here drew attention to the situations of women internationally and, as a section editor, she encouraged and supported other feminists to share their views and words with F-Word readers.

[The image is a hand-drawn smiley face waving goodbye. It is drawn in a dark red colour on a white background. It was created by One Cat Just Leads To Another and is used under a Creative Commons Licence]