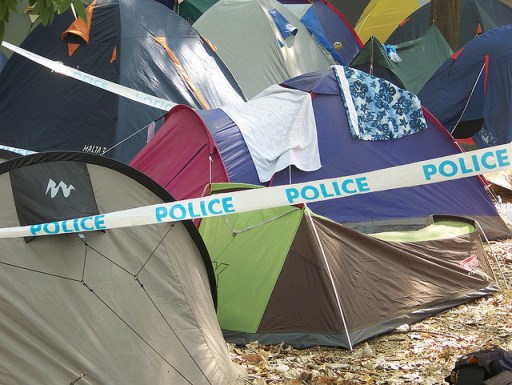 Girls love gigs too – so let’s make them safe

Festivals should mean fun but for women, they have become unsafe spaces. Some festival-goers shared their experiences with Laura Maw, who argues that both organisers and performers need to do more to ensure women’s safety

With two rapes reported at Latitude in 2010, sexual assault at T in the Park in the same year and two assaults at Made in America festival the previous year, it is undeniable that rape culture is becoming a common presence at music events. Sadly, only a small number of assaults get reported or noticed. With no official statistics on sexual harassment/assault in festivals, most reports are dismissed as being an inevitable aspect of ‘festival culture’. Gigs urgently need to become safe spaces for women – so why aren’t festival authorities, with a few exceptions, taking action?

At Download festival last year, Amy*, aged 16, experienced a dismissive reaction from the police following her sexual assault. She told me that after the police took a statement from her, they “pretty much told me it didn’t sound believable and after making me act it out, they then told me I didn’t seem traumatised enough. They also made my sister drive all the way to Download at three in the morning to sign my statement because I was only 16 at the time and then they eventually let me go.”

Victim-blaming in reaction to sexual assault is an ongoing problem, both at festivals and in everyday circumstances. Indeed, the NHS received huge criticism for their recent victim-blaming posters, which read, “One in three reported rapes happen when the victim has been drinking”. Festivals are, of course, not insular from these social attitudes.

Amy recalled that she “spent the whole night crying because the police and all my friends made it seem like it didn’t happen or it was my fault that it happened.” She also told me that the boy who assaulted her repeatedly said, “It’s a festival, what do you expect? Everyone does this at festivals.” Being a woman at a festival or gig is not an invitation for sex, yet rape culture and victim-blaming at music events is worryingly common.

It is quite clear that for any real change to be made, festival authorities, security and the police need to rethink the way they take action following reports of assault or harassment. Authorities need to treat reports of assault with serious attention to ensure that music events become safe spaces for women, but it appears that the security services currently provided are not adequate enough to effectively patrol festival sites.

At Lovebox festival in July 2014, Kate* was assaulted whilst queuing for drinks. She told me that when she took his photo to show to security, telling them that he groped her, they “seemed really uncomfortable approaching him but eventually escorted him outside the tent”, yet he then began “watching me from just outside and I felt even more uncomfortable”. She also said that the friend she was with was verbally harassed by another man in the queue for drinks, repeatedly using sexual slurs and asking her to buy him a drink.

Last year at Latitude, Sarah* was also sexually harassed. She told me that after being verbally harassed, she began hiding behind her male friends and choosing alternate routes through the campsite. At another point during the festival, Sarah was followed by two men to her tent asking: “Are you sure you’re alright darling? We don’t want to leave you alone at night.” When she found her tent, they asked her if she was alone and only left when she sat down with a neighbouring group she didn’t know. Highlighting the need for staff to be present in all areas, she told me: “There was no-one patrolling I could have called to for help in that instance – the nearest attendants were in a tent a way away…I realise that these festivals really aren’t designed for solo women to feel safe. It feels like you need protection – whether from being in a group with other women or by having male companions.” 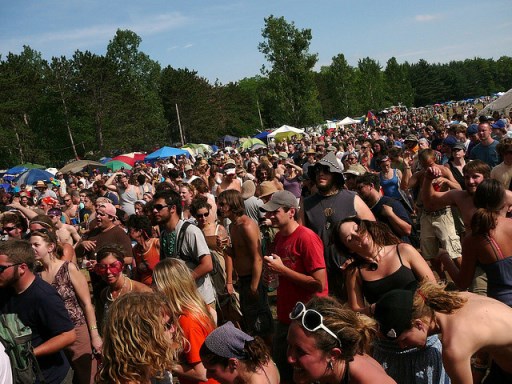 So what can be done? In her piece for NME, Jenny Stevens writes: “Women shouldn’t have to leave a venue or stand coyly at the back…We all need to fight back against this bullshit. Anonymity is the groper’s currency, so point them out and shout for everyone to hear. Get them kicked out. Call the police if necessary.” Beulah Devaney says it is crucial that “staff are trained to recognise assaults, intervene as necessary and offer support to victims of sexual violence…yet sadly lacking at most venues.”

Sarah suggested that festival campsites need “a really good level of patrolling…And if festivals aren’t organising this kind of patrolling, they’re complicit in maintaining a culture where single women are threatened because they must know how dangerous it is.” She added that the changes needed are relatively small, like “well-trained staff – and yet venues currently can’t be bothered to address this. That feels a bit like rape culture to me and sadly reminiscent of many aspects of our society. Why should they change when we should just guard ourselves better?”

The responsibility for creating safe spaces, however, lies equally with the musicians playing at the venues. Silently accepting harassment and assault only serves to passively condone the actions of attackers and this needs to change. Amy told me: “A number of bands often say things like, ‘Guys, don’t take advantage of girls who are crowd surfing or in the pit by grabbing them,’ but more bands need to address sexual harassment because they have the biggest influence on what teenagers do at festivals.”

More musicians are beginning to call out harassment when they see it – and this can only be a step in the right direction to create events for everyone to enjoy themselves safely, without fear of harassment or assault. When Gerard Way, from the band My Chemical Romance, accepted his Kerrang! Hero Award this year, he criticised someone in the audience for shouting “Get your tits out.”

Hayley Williams told Rolling Stone that when Paramore played at North Star Bar in Philadelphia, she was continually harassed by a man yelling, “Take off your shirt!” She said: “By the fifth or sixth time, I realised that I’m the one with the microphone. I’ve got power here. I don’t have to be quiet… He said something again; I said something back and was just as consistent as he was and then he stopped. But, by the end, I was just like, ‘I don’t like you. Get out,’ and made some guy I knew get him out.” Small zero-tolerance actions like these are fundamental in creating safe spaces for women, backed by musicians and event security alike.

When researching this article, much of the information was almost impossible to find as there are no official records kept of festival assaults – the majority of cases go entirely unreported and are not brought into the public eye. Sadly, this speaks volumes about current attitudes toward assaults at festivals – they are seen as trivial, commonplace and, shockingly, to be expected.

The lack of media attention over these assaults results in complicity. The police and security guards must be sufficiently trained to recognise and eliminate assaults. They must ensure that victims feel confident and comfortable approaching them by dealing with reports sensitively, appropriately and with strict action. Musicians and other audience members must also work collectively to create safe environments at venues, calling out acts of harassment. When these assaults continue to happen every year, more efforts must be made to stamp out rape culture at festivals altogether. In order for this to happen, festival goers, musicians, security staff and the police alike must all adopt a firm zero-tolerance policy.

*Names have been changed to protect identities.

First image is of tents placed close together, seemingly cordoned off by a ribbon which reads ‘Police’. It was uploaded by Flickr user theodoritsis. Second image is of a crowd of people at a band performance, it looks sunny and green trees can be seen in the background. It was uploaded by Flickr user KaneJamison.com. Both images have been shared under the Creative Commons Licence.

Laura Maw is a freelance journalist and English student at Queen Mary, University of London – and can be spotted in a crowd as the one sporting masses of ginger curls. She can be found on Twitter at @46gordonsquare or on her website: www.laurajanemaw.wordpress.com