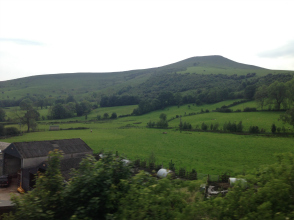 Hello! Each month, we invite guest bloggers to contribute regular posts from their unique perspective. Many thanks to Abigael Watson and Mag the Blag for their thought-provoking contributions during August! It gives me great pleasure to introduce September’s guest blogger, G*. As the new school year starts, it is particularly apt that G*, a primary school teacher, takes on the role. I have asked him to write a bit more about himself in the third person by way of introduction:

G* has been a primary school teacher for five years, training first in Scotland and now working in the North of England. Before that he worked in a number of national retail establishments after finishing his (really useful) degree in sociology. In his spare time he enjoys stand up comedy, reading and fine-tuning his zombie apocalypse survival plan. He can often be found cooking up wonderful meals before ruining them in some culinary disaster and eating hula hoops for dinner instead.

G* has been an active member of the LGBT community through volunteering and activism work and has supported the feminist movement by shutting up, listening and speaking out when appropriate.

He’ll be writing about gender and sexuality in the primary school and about being a male feminist in a predominantly female but frequently anti-feminist workplace.

Welcome, G*. We look forward to your posts and wish you well at the start of the new term!

Photo description: The photo is by Chella Quint and has been used with permission: all rights reserved. The photo is a view of the Peak District taken from the train between Sheffield and Manchester. In the foreground there is a ramshackle barn in the grounds of a working farm. Some hedgerow-divided fields rise up into a tree-covered peak in the distance. The day is so bright and the sky is so blue that it appears white, and two low clouds drift by. There is an almost intangible sense of movement that seems to capture that this picture was snapped from the train – the lack of blurring serendipitous and entirely by chance.