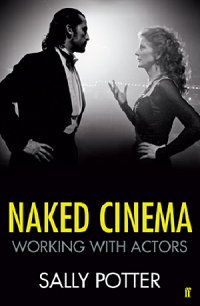 Lean in? Be bossy? No: get naked

The question of how women should comport themselves in positions of power is big news at the moment. Perhaps it’s Hillary Clinton’s potential bid for US president, the global emergence of politicians as different as Angela Merkel, Christine Lagarde and Ellen Sirleaf-Johnson, or Facebook executive Sheryl Sandberg’s notorious advice to “Lean in”, but women’s self-presentation and management strategies are the subject of intense scrutiny, and big book-business dollars.

Essentially, Sandberg and others have created a mini-industry, one that encourages women to adopt traits conventionally designated as masculine in the workplace. It’s possible to be generous – by arguing that Sandberg and her ilk suggest that the gendering of traits (such as ambition and confidence) is socially constructed – but only on the basis that there is no alternative. In Sandberg’s world, sisters have to suck it up and make like a Mad Men man to get ahead.

Put down the shoulder pads: there is another way. As you might expect, its advocate and analyst is not talking down at us from above the corporate ceiling – what’s more surprising is that she is outside this manifestation of the business world altogether.

This is film school in a book, a radical democratisation of one of the most mystified aspects of filmmaking

Sally Potter is an award-winning British independent filmmaker, recently awarded an OBE for services to cinema. Best known for Orlando (1993), the swoony New Queer film that launched Tilda Swinton, Potter has been redefining the business since she made her first film in 1979, shooting on purloined 16-millimetre film in her squat. Thriller prises the characters Mimi and Musetta out of Puccini’s opera La bohème and considers them both seriously as working women: a seamstress and a dancer. Work has been at the centre of her cinema ever since, particularly for her female characters.

Her new project, Naked Cinema: Working with Actors, is the first book by a working filmmaker about an under-examined aspect of filmmaking, yet perhaps the most important aspect: how to shape the relationships that foster the performances and define audiences’ experience of fiction films. Potter is highly critical of the purportedly dismissive attitude of filmmakers toward performers they call “warm props”. She takes the feminist position that embodied and affective performance is central to our film experience, and that we relate to film through the expressive bodies and faces that carry the story.

That’s the book’s first sense of naked: that film can be stripped back, as Potter did in Rage (2009), to the actor’s performance alone on the screen. Naked also describes the conversation between the actor and filmmaker, influenced by Potter’s therapeutic training – an approach worth considering generally, and not least in the corporate world, for fostering more productive (in an anti-capitalist sense) encounters. Thirdly, with this full disclosure of Potter’s art comes a tangible sense of her naked generosity, both with actors and readers. This is film school in a book, a radical democratisation of one of the most mystified aspects of filmmaking, including anecdotes that chart failures and recoveries.

These revealing conversations embody the striking ethical model apparent in Potter’s discussion of filmmaking, and indeed in her films: reciprocity is all

The book is replete with practical advice for filmmakers, some of which seems highly specific – for example, should you look at the monitor during a take? – but turn out to resonate with relationship-building issues. The first half talks through every aspect of the cinematic process, from writing and casting to standing on the red carpet. Clear and warm, Potter is – by her own admission – “an anorak,” and her devotion to every aspect of filmmaking shows through.

This also shines through in the second half of the book, which is made up of interviews with actors who have appeared in Potter’s films. Here, the broad applicability of specifics about monitors, casting and so on becomes evident: these conversations are about respect, regard, and responsibility as they shape a working environment.

There’s undeniably a frisson, of course, in reading these revealing conversations with performers such as Judi Dench, Riz Ahmed, Elle Fanning and Christina Hendricks, all at ease as they rarely are with a journalist – particularly in discussing the impact of assumptions about gender, ethnicity and age on performance. But these conversations also embody the striking ethical model apparent in Potter’s discussion of filmmaking, and indeed in her films: reciprocity is all.

Potter suggests leaning in to hear others; being confident enough in your power to collaborate

While the actors, differing by age, nationality, gender, ethnicity, and training, reveal responses so wildly divergent that the simplest question – should I look at the monitor? – seems impossible to resolve, what becomes clear is the bigger answer: being prepared to listen, and to take in each person’s expertise. A number of actors talk passionately about the expertise of costume designers, make-up artists, and dressers, roles that are often dismissed or parodied (as feminised, not least) in conventional representations of filmmaking.

So while Sandberg et al. suggest leaning in to make your own voice heard, Potter suggests leaning in to hear others. That doesn’t mean suppressing your own insights or catering to demands: it means being confident enough in your power to collaborate, often by being able to shift between the highly pragmatic and deeply spiritual within one conversation. “Ecstatic transformation” is one of the book’s themes, an image of the alchemical art of performance and of filmmaking, one that is resistant to capitalist frameworks and settings.

There is a nakedness here, also, about what filmmaking might hope to achieve. Big bucks at the box office, as charted so tellingly by Melissa Silverstein’s Women and Hollywood blog has become one of the key markers judging the success of women filmmakers, but Potter suggests that this is the emperor’s new clothes. A feminist cinema – or any working endeavour – can be made with ethical practices. This alone has the potential to create change, beginning with the naked honesty of looking your collaborator in the eye.

Sophie Mayer is the author of The Cinema of Sally Potter: A Politics of Love, and a teacher and project manager constantly seeking ethical ways of sharing power in the workplace