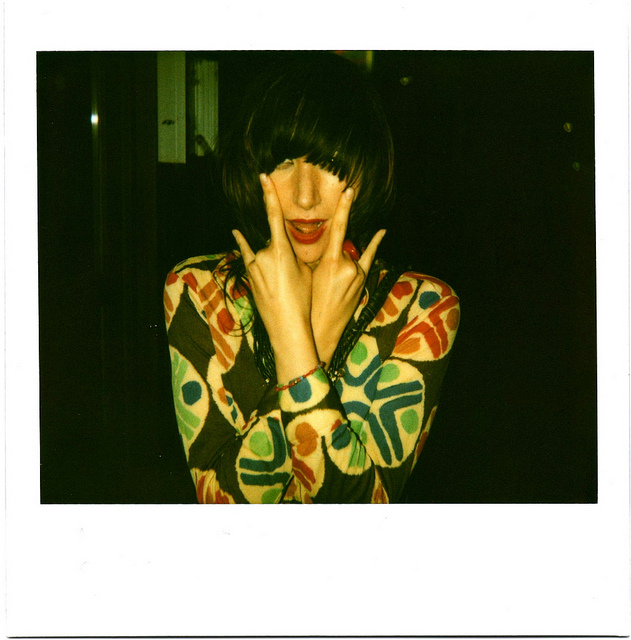 As the evenings begin to draw in, I thought we could all do with a dose of disco, courtesy of Queen Diana. What a tune! I was about to state that I can’t think of any time that doesn’t benefit from a disco injection but, upon reflection, I think that disco is a genre best suited to the city. For me, disco is synonymous with glamour, lights (both big city and disco) and escapism – all things I associate with the big city. Do you agree or do you think disco works just as well when surrounded by trees, lakes and fields?

The second track is by sixteen year-old Billie Marten, from Ripon, North Yorkshire. Sixteen! What a beautiful voice and an incredible track. This was released as a single on 22 September, so you can purchase your own copy now and support this young talent.

Fans of the Yeah Yeah Yeahs may already be aware that front-woman and all-round icon, Karen O, released a solo album entitled Crush Songs, at the beginning of this month. The fourteen tracks represent a stripped-back, lo-fi collection of memories of crushes past. Written and recorded in 2006 and 2007, Karen describes the album as “the soundtrack to what was an ever continuing love crusade”. You can read a conversation here between her and Julian Casablancas from The Strokes, who also recently released a solo album, in which they discuss Dirty Dancing, Radiohead and the challenges of song-writing.

As a big fan of electronic music, I often despair at the lack of female artists making this kind of music, compared with the number of men who seem to dominate this particular genre. Helena Hauff is an exception – and an acquired taste. Based in Hamburg, Helena is a DJ and producer of acid, electro and techno tunes. Her unrelenting beats are not for the faint-hearted: this is definitely music to make your ears bleed. If you like this kind of thing – or even if you don’t, but fancy exploring the darker and heavier side of electronica – check out this fantastic top ten of Helena’s favourite experimental and electro tracks here.

Please click here for your September playlist. You can also view the track-list here.

The image is a Polaroid picture of Karen O, with her arms crossed across her upper body and her hands and fingers making the universal “rock!” signal. Her eyes are mostly covered by her black bob and she wears a patterned top.