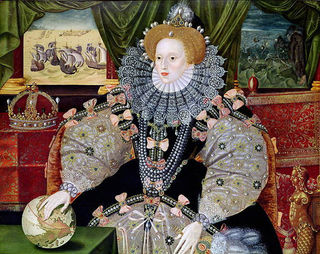 For a long time, I didn’t think I was like other women.

As a child, I was a tomboy and, for a surprisingly long time, I believed I would grow up to be a man – I understood it as a choice, like whether you became a firefighter or a nurse. After the inevitable realisation, the early development of breasts and broad hips, followed by debilitating periods, compounded this disappointment into self-disgust. I found I fancied girls more often than I fancied boys. In my dreams, I tended to be a man. Occasionally, these dreams would feature my very own penis.

Then I read Germaine Greer’s The Whole Woman, which presented trans women as feminine men who have mutilated themselves in the name of rigorous gender conformity. Greer’s assessment was cruel, but I absorbed the idea that trans people had made a dreadful mistake.

Thus, in early adulthood, when I first heard stories about trans men, Smugly McSmuggins here thought, “That sounds like what I went through, only I got over it.”

This was where I was in my early twenties, having never met any trans people and not having access to the wealth of free resources that now exist on-line. It seems remarkable that far older, better educated women, who represent feminist views in the mainstream media, can still be in this position in 2014. Juliet Jacques’ recent essay charts the history of transphobia within feminism, a spectre which persists to this day. Some of it is plain nasty, and all of it attempts to debate the validity of someone else’s personal experiences.

Some of the problem is about cisgender feminists struggling to acknowledge our own gender identities. Although she mentions many dubious cis privileges without citation, the fact that Caroline Criado-Perez’s list of things she refuses to identify with, in rejecting cis, include hysterical, soft and pink, demonstrate a great missed point.

I appeared to the world, the world cried, “It’s a girl!” and years later, woman is as good a word as any to describe me. As a teenager, it occurred to me that I might be a boy really, but I wasn’t. Twenty years of using gender-neutral on-line handles means I’ve often been misgendered but, while never painful, it always jars. I am a woman.

Does this mean I had had nothing to get over? Well, I didn’t go through what trans folk go through, but gender identity was part of what I had to work out about myself.

In her article, Why I am still a butch lesbian woman, Vanessa Vitiello Urquhart suggests a greater element of choice about the non-binary label than some may experience, but she rightly points out that feeling like a woman is not a popular thing to own up to:

“In our culture, the impulse to distance oneself from negatives associated with women and femininity is endemic. When we insult men, we do it by comparing them to women. When we compare women to men, we’re generally praising them. In fact, I’ve probably known more straight, cis-gendered women who’ve bragged about how they’re “one of the guys” than I’ve known lesbians. Ironically, one of the things I share with many women is my eagerness to point out all the ways in which I’m not like other women.”

As a girl I, disastrously, chose to avoid books by women authors or about girl characters because girls were boring (perhaps why I was a male character in my dreams). Every female friend was an exception to the general rule that girls were too complicated. Even as an adult, I’ve had female friends who usually don’t get on with other women but make an exception for me. Me and all the others.

A recent Facebook quiz proposed to discover the Gender of your Brain. My friend took the quiz and got 85% male. “No surprise here,” she wrote, “I’m not at all girlie.”

I laughed out loud – this friend is the girliest person I know. She loves shopping, wears make-up and is extremely heterosexual. But then I noticed something I’d not previously considered; my friend is only girlie in all the ways I’m not. She’s sporty and highly competitive, she’s louder, more outgoing and, I have to admit, she may even be more practically-minded that I am.

In fact, my friend might imagine that I am the girliest person she knows. I mention this not to prove my womanhood, but to demonstrate that, as far as culture goes, femininity is such a broad amorphous chasm that anyone can fall in, and almost everyone falls out again.

“Growing up, I learned that women fulfilled certain types of roles and did certain types of things. It wasn’t that I didn’t have great role models. The women in my family were hardworking matriarchs. But the stories I saw on TV and movies and even in many books said they were anomalies.”

It’s also extremely easy for women to consider ourselves anomalous. For example, around 20% of women are now reaching 45 without having had children and yet as 16 year old Abigael’s and 32 year old Liz’s recent posts demonstrate, women without children are still made to feel odd, despite being about as common as women with blue eyes, or twice as common as left-handed women. We have no stats on how many women are excited by science or only think about shoes when the old pair wears out.

Trans feminism, like most other feminisms, is based on the still radical belief that biology is not destiny. It doesn’t frame cisgender women as happy with the traps and trappings of femininity that our culture bestows on us. Trans women themselves act and present themselves in a huge variety of ways (although those who present as most feminine are inevitably more prominent and, as with hyperfeminine cisgender women, create a sampling bias that reinforces the stereotype).

Gender identity is not about the degree to which we embrace or reject our culture’s norms – that great dirty trick available to coerce others and comfort ourselves. It’s about who we are. Sometimes that’s messy and sometimes that means being part of one of the most oppressed and vulnerable minorities in the West. As C N Lester explains,

“My experiences are demarcated from ‘the norm’ with that word – ‘trans’ – I am othered away – and in this structure it is vital that I have a word to describe the other side of this equation.”

A genuine example of cis privilege might be that we can reject the language others use to describe our gender identity. But to do so is to harm folk who have much less choice.

[Image shows a painting of Queen Elizabeth I by artist George Gower, painted to commemorate the Spanish Armada; a very pale white woman with red hair and a serious expression wearing a massive and elaborate dress, sitting with one hand on a globe in front of two panels depicting sailing and then sinking ships. This image is available on Wikipedia and is in the Public Domain.

I chose a portrait of Elizabeth I because she is one of many good examples of great women in history who have been seen as exceptional for their gender, and whose image has been highly manipulated, sometimes by themselves, often throughout their lives and after their deaths, to both emphasise or minimise attributes associated with femininity.]