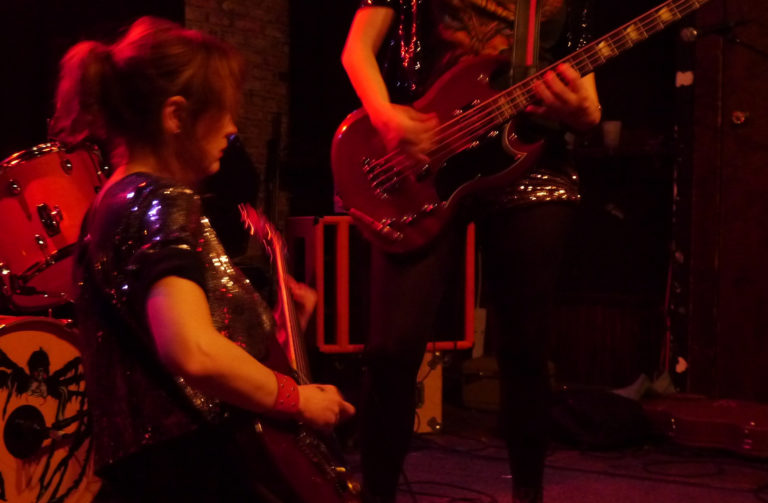 Power trio Ex Hex comprises a blend of talented musicians who cut their teeth in the riot grrrl scene of the 1990s. Cazz Blase checks out their forthcoming album, Rips (released 13 October). 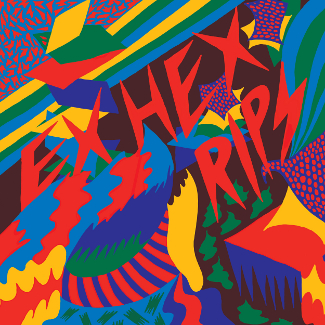 Ex Hex‘s press release describes them as a “Power Trio”, conjuring up aural memories of old Magnapop records and Sonic Youth at their more accidentally commercial. Composed of Mary Timony (Helium, Wild Flag), Laura Harris (The Aquarium, Benjy Ferree) and Betsy Wright (The Fire Tapes), they have made the kind of record that will not so much start a revolution as induce a particular variety of sullen rebellious attitude and arrogant rock’n’roll swagger in skinny-jean-clad girls, while putting a nostalgic smile on the faces of many other folk. Ladies and gentlemen, have your boots, studs, leather and lurex at the ready because the girls are back in town.

The aptly named Rips starts as it means to go on with the excellent ‘Don’t Wanna Lose’, a sea of crisp reverb fuelled guitars, pounding drums and sneery post-Kim Gordon vocal delivery. As a calling card from a new band, it would take a lot to beat it; as a single, it is one of the highlights of the year and, longer term, the song is a worthy successor to Sleater-Kinney’s ‘I Wanna be Your Joey Ramone’. It also has the spectre of Richard Hell in there somewhere: specifically an energetic echo of the yelping ‘Love Comes in Spurts’. The question has to be asked after these dizzying first few minutes, can the pace be maintained?

Second track ‘Beast’ delivers a fast and furious slice of stroppy 1970s New York punk, all energetic riffs and attitude, whereas ‘Waste Your Time’ suggests the band can slow it down a bit if needed and deliver an energetic melodic slice of pop punk that is reminiscent of summer days and denim cut offs. But the hectic pop punk energy of ‘You Fell Apart’ smacks of The Go-Go’s circa Beauty and the Beat, not just in its energetic post punk pop energy but in its lyrical phrasing, if not vocal delivery. This is no bad thing, quite the reverse, and it’s nice to see the biggest and best selling US girl rock band being acknowledged in this way, albeit not necessarily intentionally…

The cover of Rips shows the title and bandname in large, jagged-shaped, orange capital letters going up in a diagonal angle in the middle of the page, over a brightly coloured background with miscellaneous frilled and angular shapes and thick lines in orange, yellow, green, blue, pink and brown.