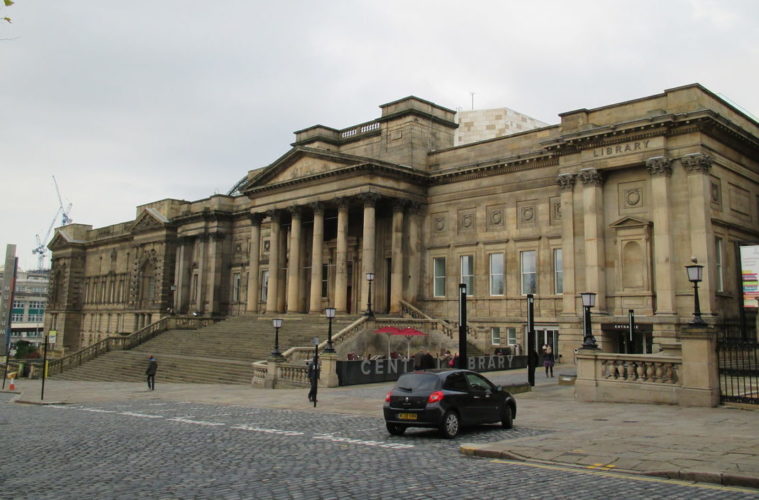 Suzanne Duffy commends an excellent, original idea for a play even if its execution leaves something to be desired 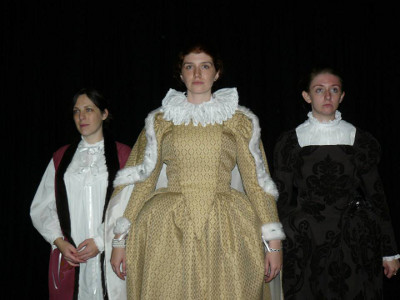 Mother, Crone, Maiden is a new drama at the Page to Stage Festival, written by Jessica Collett. It tells the events of history that we are familiar with, but from an entirely female perspective: in three monologues, three Tudor noblewomen present their case at critical junctures of their lives. Although the women are all of the aristocratic elite, Collett uses them as a starting point to explore how being female complicates birth, love and death. Their class means that they can by no means claim to speak for all women; nevertheless, the writing focuses on how their given gender entirely shapes their lives, despite their ostensible privilege.

In the first monologue Elizabeth of York (Edwina Lea) is undergoing her confinement with her first child. Her scene addresses how a girl raised on fairytales of marrying princes lives with the reality of being married to a less than dashing king who usurped her family. Lea is at her best when expressing her bitterness about impending motherhood. She refers to the child inside her as a “parasite” and her presence on an otherwise empty stage conveys the pointless loneliness imposed by the ritual of confinement.

Small details betray a thoughtful writing process, particularly if an audience member is aware of Tudor history. That the child who is causing Elizabeth such distress is Arthur, who will die before inheriting the throne anyway, and that the queen consort herself had a very strong claim to the throne that her husband sits on make the performance all the more poignant. Yet although the play is short with the entire production lasting only fifty minutes, the first monologue in particular seems overlong. Perhaps this is a fault of the monologue form itself which grows monotonous quickly unless the writing is exceptionally skilful, but there are moments when the script is less than sure-footed and the audience’s attention on the night I attended was not as gripped as it should have been.

The second scene is devoted to Mary I (Alicia Dilon) at the point of her life when Ann Boleyn, her stepmother, has just given birth to the baby who will go on to becomes Elizabeth I. Dilon is a very talented actor who perfectly conveys the dilemmas that characterise the young princess’s life: between her father and her mother, between her father and God and between God and herself. She alternates between quiet dignity and rage, and underlying her whole performance is the unspoken truth that everything would be different if she had been born a man. Her resentment of baby Elizabeth picks up on a theme that runs through all the monologues: resentment of other women. Elizabeth of York dislikes her younger sister who will replace her as queen and Elizabeth I recalls her competition with her stepmother Katherine Parr. Yet these clashes enhance rather than distract focus from the main problem of women inhabiting a world run by men, by making it clear that it is men who encourage these rifts and jealousies between them.

The title of the play refers to the three stages of the life cycle of a woman in pagan mythology, but in her writing Collett unpicks the reductive stereotypes of ‘mother’, ‘crone’ and ‘maiden’ through more nuanced presentations of women who have been remembered for embodying these roles. Elizabeth of York is made profoundly unhappy by motherhood as she recognises that “princesses are replaceable” if they die in childbirth. Mary I exists in popular imagination as a crone, remembered as much for being neither as pretty nor as charming as her younger sister as she is for being queen, but her monologue reminds the audience of the harsh treatment she suffered at the hands of her father. Elizabeth I, finally, appears to have taken the most desirable stereotype, the maiden, and can inhabit it eternally. Yet in order to be the kind of female ruler her subjects will accept she has to deny herself much, as is revealed by the self-consciously measured pace of Cumming’s performance.

Too often in historical fiction of this era women are heavily sexualised (The Tudors springs to mind) without their real everyday struggles being documented. Director Martin Williams has done well to realise Collett’s alternative, more introspective version of events which, while it is too slow at points, provides food for thought.

The feature image is of the World Museum in Liverpool where the play took place. It is a large neo-classical building with columns and a wide flight of steps up to the door. It is by Rept0n1x on Flickr and is used under a Creative Commons licence.

The photo in the text is used with permission and shows three women wearing Tudor garb, standing in a line against a black background, facing the camera.

Suzanne Duffy is a recent Cambridge English graduate and a freelance reviewer and arts journalist. Her work has appeared in The Cambridge Student, edfringereview.com and Mancunian Matters