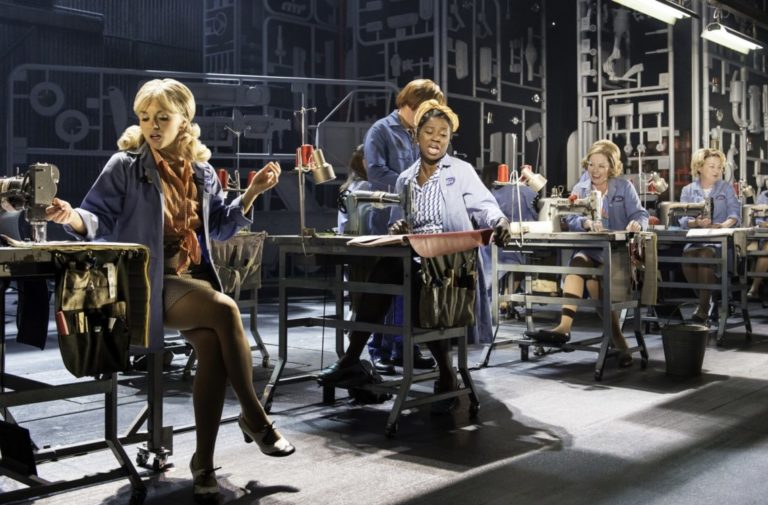 As the name suggests, Made In Dagenham: The Musical is the latest retelling of the story of the fight for equal pay by an amazing group of women machinists from the Ford factory in Dagenham, in musical theatre form.

Much like the 2010 film, Made In Dagenham: The Musical is a feel-good, comic portrayal of the 1968 machinists’ strike, which succeeds in making you laugh and cry in equal measures.

Gemma Arterton plays the lead role of Rita O’Grady, a working-class Essex woman who works on the sewing machines producing car seats. Her husband, also employed by the Ford factory, is a typical 1960s ‘man’s man’ who does nothing round the house, while Rita takes on the roles of housewife, working mother and all-round “busy woman”, as she sings in the musical’s opening song.

Though adamantly “not political”, Rita is sufficiently enraged when the women’s work is downgraded from skilled to unskilled that she accidentally finds herself (alongside the women’s union convener Connie) leading a ground-breaking walk-out to demand not only the recognition of their skilled labour, but to be paid equally to men doing equivalent work, taking on Ford’s management, the Trades Union Congress (TUC) and the government in the process. 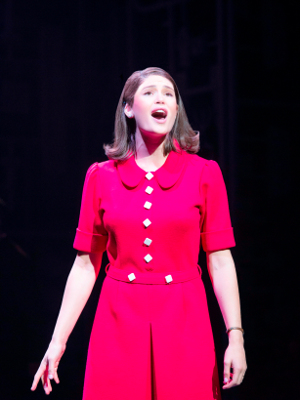 The production itself is unashamedly and upliftingly feminist, with the women of the cast wonderfully portraying the group of no-nonsense, working class strikers, fighting their fight with humour and passion aplenty. With a drive and determination much like the tenacious E15 mums, who are today campaigning for social housing in post-Olympic east London, Rita and the machinists are prepared to take their fight all the way to the top and unprepared to settle for anything less than the right to equal pay.

With the men forced to take on domestic responsibilities for the first time in their lives, Arterton heartbreakingly demonstrates Rita’s struggle as a mother trying to be there for her family, while fighting to build a better future for her daughter. It’s a familiar problem that, even today, women are so often expected to put their battles for equality to one side and put their domestic responsibilities first.

Equally familiar, Isla Blair, as childless Connie, captures all the frustration and disappointment of a lifetime spent fighting to change the world and being told by the men of the left that women must wait their turn. Neither the Labour party nor the TUC is let off the hook in this regard, with Sophie-Louise Dann’s formidable Barbara Castle also bemoaning the slowness of change and the need to first win over the men.

However, while the women are real and passionate and beautiful and human, the men representing their patriarchal opponents are far more two-dimensional, played as old-school casual sexists and pantomime clowns. The union bosses, Ford management and Prime Minister Harold Wilson are as bumbling and incompetent as each other. Alternatively, in the case of the cowboy from Ford’s US headquarters, they are pantomime villains: the evil capitalists the audience loves to hate.

When members of the audience began booing and hissing the villainous American Ford boss, I couldn’t help but feel that the rigid role of male power had been grossly over-simplified 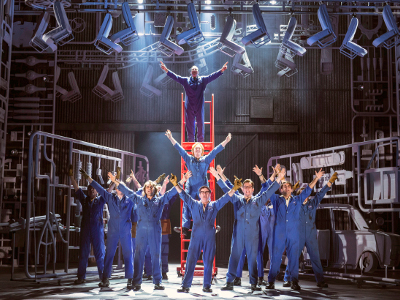 These caricatures, pitted against the competent, wilful and articulate women, were amusing at first but quite quickly wore thin. When members of the audience began booing and hissing the villainous American Ford boss, I couldn’t help but feel that the rigid role of male power had been grossly over-simplified. As in any classic pantomime battle between good and evil, the women’s ultimate victory over patriarchal forces almost seemed inevitable rather than hard-won, which was a real shame.

Nevertheless, Made In Dagenham: The Musical was a genuinely moving, entertaining production and I cried all the way from the picket line to the TUC conference, where equal pay is finally adopted as TUC policy and Rita is reunited with proud husband Eddie.

The women’s victory was greeted with a mix of whoops and tears from the audience, as the triumphant closing song declared “Now we’re equal paid in Dagenham”, and a voiceover paid tribute to the striking machinists, likening their struggle to the suffragettes’ fight for women’s right to vote and demanding they be remembered and celebrated by the history books.

As is the nature of musical theatre, Made In Dagenham closed on an uncompromising high, with the machinists’ equal pay victory portrayed as an unqualified success.

It was somewhat unsettling to watch knowing that, just a week before the performance, it was reported that supermarket giant Asda is facing mass legal action from female employees who claim they are paid less than men for equivalent work. Equal pay may be enshrined in law but, nearly 50 years later, it remains far from a reality for many women.

Despite this, I came away feeling quite emotional. It’s not often you see a piece of theatre not only dedicated to women’s stories but that reminds you of the incredible courage and tenacity of women’s activism that makes change really possible, however slow.

Made in Dagenham: The Musical is showing at the Adelphi Theatre in London until 28 March.

Photos from the show are by Manuel Harlan and are used with permission.

Photo 1: Women work at a line of tables with sewing machines on them, apparently singing. There is strip lighting above them and the background is a theatre set depicting machine parts and giving a general sense of a factory.

Photo 2: Gemma Arterton as Rita O’Grady, singing as she looks up and right, wearing a red dress with white square buttons down the front, against a black/dark background.

Photo 3: A chorus of men in blue overalls stand in formation, their arms held up as if at the end of a song or a scene. Most are in a line, one is halfway up a red ladder that stands in the middle and one is at the top of the red ladder. The background is the same factory/machine set as before. Car seats are hanging from the very top of the set.

Sarah Graham is a freelance journalist, writer and editor and was previously Deputy Editor of Feminist Times