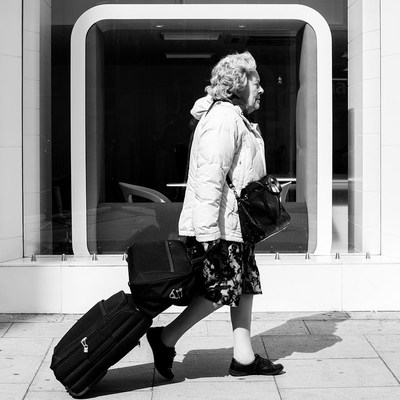 The expat life: why we leave

What would it take for you to pack up all of your belongings, leave Britain and move to another country? Work, professional advancement, romance, weather, the lure of the ocean, unhappiness, itchy feet? How about an unsympathetic government?

These are some of the reasons why Farrah, Naomi and Lindsay have found themselves in foreign countries.

Farrah Gillani and her family have recently moved to Luxembourg after a 7 year stint in Sweden. Leaving the UK was one thing; leaving behind their established life in Sweden was another and it’s been harder than she expected, especially for the kids. “But we always knew we wanted to live abroad,” she says. Farrah’s parents are Indians from East Africa who migrated to the UK. Her husband Vic is Spanish with Indian parents. The peripatetic life runs in their families.

“I think it has to do with being a 3rd culture kid,” Farrah tells me. “I never felt part and parcel of the English life. I studied English literature at Cambridge, I love English history, I know a lot about it, but it’s not my history. And I don’t feel like Indian history is my history either. And when you don’t have that same notion of home as people who have lived in that country for forever have, then it makes it much easier for you to cut the ties.”

When her husband was offered a job in Sweden they jumped at the chance. As much as they loved living in Sweden, though, after a few years they were starting to get ‘itchy feet’. Another opportunity came up, this time in Luxembourg, and they moved on again.

It’s a very different story for Naomi Dalton, who moved to Bogotá just over a year ago. Her boyfriend Javier had been studying English in the UK for 4 years and went on to do his Masters in London. But it proved impossible to deal with the Home Office to keep the two together. In the end, Naomi decided that if she wanted to continue her relationship she would need to move to Bogota.

“My family weren’t shocked by the idea,” Naomi told me by Skype. “I’ve moved before, I’ve lived in Argentina and Mexico, although for shorter periods. And they knew the situation with Javier.”

She has found work as an English teacher, and although she’s enjoying it for the time being, she admits that teaching isn’t a long-term career goal. When I ask Naomi about her future plans and if she’d consider moving back to the UK, she becomes passionate.

“With the UK policy, at the moment, it’s very anti-immigration. And they really discriminate against Britons who happen to have a partner who’s not from the EU,” she says. “I kind of resent the fact that my country has effectively forced me into exile. It sounds very dramatic. But really that’s the situation.” Naomi is happy to be in Colombia now, but is obviously disappointed that it’s a decision that was forced on her by her own government.

Meanwhile, Lindsay de Feliz found herself living the expat life after falling in love with the ocean. A trip to the Maldives with her then-husband sparked a lifelong addiction to scuba diving.

“While I was still working I would go five or six times a year to dive and then I thought well, if this is something I really enjoy so much, rather than working all the time to get money together to go and do it, why don’t I just do it? And I wasn’t particularly happy in my marriage, I wasn’t particularly happy in England, so I thought if I don’t do this now I never will.”

Lindsay spent a few years as a diving instructor in Singapore, Thailand, Borneo and Minorca. She decided that, in order to differentiate herself from the ‘pretty sexy 20 year old guys with long blonde hair’ who mostly made up the diving scene, she would add Spanish to her list of languages. She got a job in the Dominican Republic, initially for just a few months to learn the language. But she never left. “I got stuck,” she says, with a smile. That was 14 years ago. Love had struck again, this time with a local Dominican man.

For more adventures, tune in next post, where I’ll be asking the question “what do expat women do?”

The photo illustrates an artistic photo with a woman carrying her suitcase. Thank you Matthew G for the photo! Editor’s note: When you search in creative commons for a photo “Women travelling”, most photos seem to illustrate women in foreign countries. It was as if the photographer was travelling and labeling the subject as the common woman in their travelling adventures. In order for me to find a picture of a woman who was travelling herself, I had to search for “women with suitcase”.