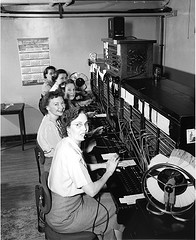 The expat life: What we do

November guest blogger Nat Newman continues her series on women expats. Her previous posts have focused on herself, why women leave, and how do they juggle their family life. This fourth piece focuses on what women expats do.

Whether you have a job, work as a freelancer or work as a stay at home mum, keeping busy as an expat is both a challenge and an opportunity. Some women move because of work, some women find work because they’ve moved. One common theme though is that finding yourself somewhere else is a good way to find yourself doing something else.

Last post we met Farrah, Naomi and Lindsay. We continue this post by finding out what they get up to in their far away lands. We’ll also be meeting Kerry, who is currently stationed in South Sudan, and Anna, who lives in Australia.

Anna Flynn is a proud Yorkshire woman who has called Sydney home for the past 12 years. Anna is working as a Communication and Media Manager for a federal Australian government agency. Although she moved to Australia for love, not work – her partner is Australian – Anna says that she feels that Sydney has provided more opportunities for work. “As someone that aspired to work in politics or a government agency, I felt that opportunities in London were few and far between,” she says. “Sydney has always felt like a more level playing field jobs-wise to me.” Things will change next year as Anna and her partner are expecting their first child. “I felt I needed a new challenge and I’m pretty sure this will be challenging!”

Our next expat is Kerry Ann Akers, who has been travelling on and off for work since she graduated. Kerry works in human rights, with her first posting as a human rights lawyer on death row in Uganda. Kerry is currently based in the South Sudan and as part of her job she is investigating war crimes, work which is challenging both emotionally and physically.

“I am often exhausted by the end of the day, or haunted by the awful things that happen in war,” Kerry says. But she adds, “I am constantly inspired by the strength and kindness of people living under the worst conditions and I couldn’t see myself doing anything else.”

For women who don’t travel specifically for work – who follow their partners, for example – they can find their working options in their new home limited. But being in a new place can also present opportunities they may not have considered before.

Naomi, who lives in Bogota with her Colombian boyfriend, previously worked in the NGO sector and would like to do so again. But she feels that it isn’t really feasible in Colombia. For now, Naomi is finding life as a freelance English teacher and translator a more enjoyable experience.

“I like the fact that I work freelance,” she says. “That gives me a lot more flexibility to do other things that I might not have thought about doing if I just had a 9 to 5 stable job.” One of those things is working on her blog, Howtobogota.com, which offers advice to other expats.

Writing is a way that many expat women connect and share experiences in what can sometimes be a lonely existence. Another expat writer is Farrah. Shortly after moving to Sweden, Farrah took the opportunity to set up an online magazine, Yourlivingcity.com. The site provides lots of information for both potential and current expats in Stockholm. Since moving on to Luxembourg she’s opened a new chapter of the magazine there.

Lindsay, who lives in the Dominican Republic, has also been writing for many years. She turned to writing after a serious incident left her unable to continue on as a scuba instructor.

“I don’t really know how to say this,” Lindsay says. “I got shot… once you’ve been shot through the lungs you can’t dive anymore.”

Lindsay does translation work and runs a Sisterhood – for women with Dominican husbands who are having trouble getting used to the culture. She wrote a book about her extraordinary experiences and runs a popular blog. Both the book and the blog are called “What about your Saucepans?”

When I ask Lindsay about how she spends her days, she paints the most beautiful picture.

“I got up this morning and I sat there having my brilliant coffee, they make great coffee here, sitting outside on the deck just watching a hummingbird on the hibiscus. I mean, what more could anyone want? Rather than getting up in the freezing cold and the heating’s come on and then going out and trudging two hours to work. There’s no contest at all. I just laugh all day long… ”

What a swag of experiences! Starting a magazine, freelance teaching, working in government, investigating war crimes and helping your sisters – if you want to know what expat women do the answer is easy: everything!

Thank you Seattle Municipal Archives for the photo! The photo illustrates five women telephone operators from 1952.