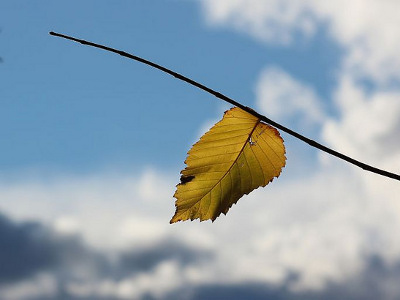 Welcome to this week’s round up of links that The F-Word team have found interesting in the past seven days!

Linking does not equal endorsement – some of these stories might not represent a feminist utopia, so proceed with caution and don’t shoot the messenger. We try to put trigger warnings where appropriate but please take care if any titles seem ambiguous.

Julien Blanc apologises: ‘I am the most hated man in the world’ (Telegraph) (discussion of sexual assault and violence)

What is “Plus-Size” Anyway? (Bitch Magazine)

The image is by Marilylle Soveran and is used under a creative commons licence. It shows a small leaf yellowed by Autumn, attached to a twig like branch going diagonally across the frame. The background shows out of focus clouds in a blue sky.