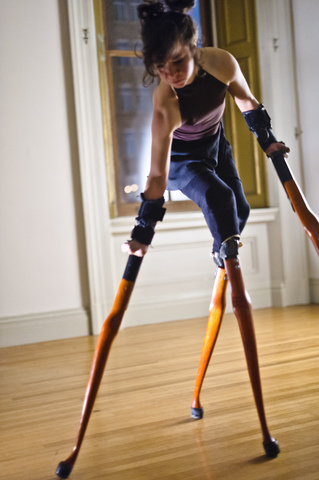 What does it mean to be vulnerable?

This week, disability campaign group DPAC offered an impassioned blog post, about the use of the word vulnerable to describe disabled people:

“We can see how tempting it is to talk up the viciousness of the Tories by playing on images of those bearing the brunt of their rotten policies as helpless victims.

But disabled people are not just a stick with which to beat the Tories and the language used to describe disability has a powerful role to play in the continuing fight against disabled people’s oppression.

That oppression is driven by ideas rooted in capitalism that see disabled people as of lesser worth than other people: weaker, needy, helpless, vulnerable…reliant on others to survive, indeed a burden…”

I completely understand DPAC’s position. Since the beginning of austerity measures that have harmed disabled people more than any other group, the rhetoric used about disabled people has deteriorated sharply. Often those campaigning against the cuts have emphasised tragic personal circumstances and played into the hierarchies of both disability and poverty. We’ve heard many stories of good normal non-disabled people who worked very hard, paid a lot of tax, only to be struck down with some unpleasant, always very physical condition. The word I have particularly wished to eliminate from this discussion is genuinely, as in genuinely disabled, that somehow crept into the way disabled people talk about ourselves. So I understand DPAC’s fear that anti-cuts rhetoric might support the very models of disability that are being used to justify the cuts.

The language of vulnerability is a gift to those in power, because it suggests a group of people needs looking after, protecting, guiding through their lives; a group who don’t necessarily know what’s good for them. It also suggests that there’s something natural about the discrimination, social exclusion, violence and poverty that a marginalised group faces. Women’s vulnerability is often used in attempts to control us; anti-abortion campaigners often cite the vulnerability of unhappily pregnant women, arguments around sex-work often caricature all sex-workers as trafficked or drug-addicted. Historically, women have been prevented from doing all kinds of things, from boxing to learning ancient Greek, all in the name of protecting our more vulnerable brains and bodies. Women’s vulnerability is used as an excuse for male violence and society’s failure to address it; our bodies compared to expensive cars that need to be kept double-locked and never stray to the rough parts of town.

Feminism and other social justice movements are sometimes dismissed as assuming “the politics of victimhood”, blaming society for all our misfortune. Yet I often see a great struggle around vulnerability within feminism, as within the disability rights movement; we want to assert that women are strong, capable and independent, but we also need to acknowledge that a disproportionate number of very bad things happen to women and girls. Sometimes, just like movie script-writers, feminists risk creating a false dichotomy between strong women who have speaking roles and vulnerable victimised women who are only ever talked about; most often women of colour, women in the developing world, sex-workers, trans women, older or very young women and disabled women.

For me, acknowledging vulnerability, in this cultural sense, has been part of my empowerment as a disabled woman. I think most people struggle to acknowledge their own vulnerability – we aren’t everso good at taking responsibility for the things we do or fail to do, but we don’t like to see ourselves as at risk. This is why guilt is so often a first instinctive response to victimisation; I shouldn’t have been there, I shouldn’t have said that, I should have realised what was going to happen etc. – the psyche is so appalled by helplessness that it prefers a story where there were plenty of solid opportunities to predict and change the course of events. And society largely supports this self-blame; bad things don’t happen to good people behaving sensibly. Bad things only happen to bad or very foolish people.

Yet some of us are put in situations where it’s tremendously difficult to make the best decisions. For example, as a disabled teenager with physical impairments and mental health problems, socially isolated and with little money, bisexual and beset with angst about what that meant, it was easy for me to slip into a abusive relationship with a much older man. A combination of inexperience, self-loathing and very low expectations for what my life should be like made violence somewhat unsurprising – certainly not shocking enough to get out right away.

Realising this may not be empowering for my past self, who took all kinds of wrong turns, but it is tremendously empowering in the present. Every way in which I was vulnerable is something I can do something about for other young people in similar situations. We need to talk to young people about healthy relationships, we need to create a world in which disabled teenagers feel entitled to respect and good treatment, we need to make things much better for queer kids coming up. Acknowledging the ways that society and its systems makes people more vulnerable is to acknowledge that this is something we can change for the better and try to resist moves, like welfare and social care cuts, which makes this worse.

[Image is a photograph of a Lisa Bufano, a disabled performing artist. A white woman with dark hair, her arms and legs appear to extend into extremely long, sculpted poles, described as Queen Anne table legs. The image is by Julia Wolf and is shared on Flickr under a Creative Commons license.]