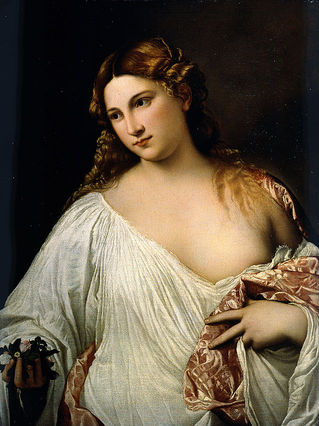 This week, the European Court of Human Justice has ruled that, in some cases, obese people may count as disabled under anti-discrimination law. The ramifications of this result have been quickly exaggerated, not least by Jane Deville Almond, spokeswoman for the British Obesity Society, who is quoted on the BBC News website:

“I think the downside would be that if employers suddenly have to start ensuring that they’ve got wider seats, larger tables, more parking spaces for people who are obese, I think then we’re just making the situation worse.

“[It is] implying that people have no control over the condition, rather than something that can be greater [sic.] improved by changing behaviour.”

Whenever fat people talk about ill treatment, there’s someone around to tell them that it’s for their own good. The recent #diagnosisfat hashtag on Twitter, demonstrates how the very opposite is the case.

The cultural and legal definitions of both fatness and disability are nuanced. Under the British Disability Discrimination Act (DDA), a person doesn’t need to have a functional impairment such as being blind or unable to move her left arm. All that matters is that a person is perceived to be have some impairment and that they are treated less favourably because of this. For example, a person might experience discrimination because of a cancer diagnosis before any symptoms present or a history of mental illness long after recovery. At least one non-disabled mother of a disabled child has won a disability discrimination case against her employer after she was treated differently because of her son’s condition.

There’s not a special category of people who are protected by disability discrimination law based on a list of conditions. We’re all protected. In the same way, the law forbids homophobic bullying in the workplace, even when the staff are straight.

Fatness is highly subjective. The media often speaks of “obesity” which has a clinical definition, based on the measurements of an average Belgian man in the early nineteenth century (one reason why women, tall people and some non-white ethnic groups are more likely to find themselves classified as obese). As Kate Harding’s BMI Project and the Photographic Height/Weight Chart demonstrate, it would be quite difficult to guess who is obese just by looking at them, and yet fatness is all about appearance.

However, a woman doesn’t have to be a particular size before she experiences discrimination and harassment based on her weight; the vast majority of Western women will have felt a real and personal pressure to be thinner. There’s some evidence that bigger women earn significantly less than thin women, a difference that doesn’t occur among men. The pressure on women to meet cultural standards of beauty means that women’s fat is seen as far more subversive, if not monstrous, than men’s.

Yet there’s a widespread perception that you can’t be both fat and disabled. I despair at how often I hear complaints about people seen using Blue Badge parking spaces or mobility scooters just because they’re fat. There are regular Too Fat To Work headlines over the number of obese people on incapacity benefits, as if anyone is incapacitated by their size alone.

Meanwhile, ironically, fat people are generally assumed to be deeply unhappy and physically unfit. Earlier this year, Karsten Kaltoft, the Danish childminder whose employment case brought about this EU ruling, was forced to deny reports that he couldn’t bend down to tie children’s shoelaces.

And thus, while a fat person may have no other impairments or health problems, the fact they are perceived to be physically limited would suggest they are, in many contexts, disabled.

I want to return to the comment by Jane Deville Almond, from the British Obesity Society:

“[It is] implying that people have no control over the condition, rather than something that can be greater [sic.] improved by changing behaviour.”

Happily, in most circumstances, pregnancy is not a state which a person has no control over. Wearing a hijab or having a photograph of one’s same-sex partner on one’s desk aren’t things a person has no control over. Anti-discrimination legislation doesn’t say “The law has your back, as long as you’ve done everything you could to make other people regard you as normal.”

Meanwhile, let’s think about Karsten Kaltoft, the Danish childminder, who was fired because of his weight. Let’s presume that his weight is both a significant health problem (many fat people are in good health) and something which could be dramatically changed if only he put the effort in (many fat people have tried hard to lose weight). Quite how does it benefit Kaltoft, his employers or the children in his care to sack him because he’s fat? When has losing one’s job – or any other form of discrimination – been good for one’s health or well-being?

Even if it did somehow help, it is simply not up to employers or service provides to bully people into changing their personal habits when the only external pay-off is just that; the fat person looks less fat. The fact it doesn’t help at all makes such a mentality downright cruel. In September, a study of 3000 UK adults demonstrated that such treatment did nothing but harm:

“There is no justification for discriminating against people because of their weight,” said the lead author Dr Sarah Jackson from UCL.

“Our results show that weight discrimination does not encourage weight loss, and suggest that it may even exacerbate weight gain.

[The image is the painting Flora by Titian (Tiziano). An over-weight red-headed white woman wears a white smock that drapes from one shoulder, exposing most of her left breast. She has a thoughtful expression on her face. This work is in the public domain and can be found on Wikipedia or at the Uffizi gallery in Florence.]