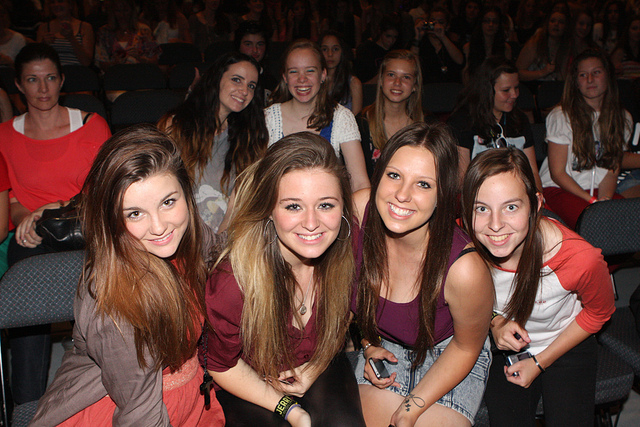 Being a teenage girl has never been easy. For centuries, girls have been expected to uphold the strict feminine ideal of being nice, neat, polite and quiet. Girls are also expected to look a certain way, wearing the right clothes and maintaining a desirable figure – slim, yet curvy enough to look womanly and developed. For some girls, there is also pressure to achieve academically and be a model student, achieving top marks in exams and schoolwork.

It is curious that during adolescence – a period fraught with contradictions and constraints – teen girls often engage in intense pop fandom (the term ‘fandom’ refers to the state of being a fan and the behaviour of fans). Stereotypically, female pop fans scream, faint and mob their favourite stars in the street. They also openly desire their heartthrobs, doing everything they can to get close to them. It would appear that fan behaviour provides a socially-sanctioned break from the pressure to be perfect and allows girls the opportunity to engage in ‘unfeminine’ behaviour.

When you ascribe cultural value to the music of Taylor Swift or Nicki Minaj, people don’t tend to take you very seriously

However, the phenomenon of fandom is not new. The image of the pop fan has existed in the popular imagination for many decades – from the bobby-soxers who swooned at Frank Sinatra’s concerts to the wild hysteria of 1960s Beatlemania and the tartan-clad fans of the Bay City Rollers. During my early teenage years, many teenage girls loved Busted and, a couple of years later, McFly. The dedicated Directioners of today represent a very modern kind of female fandom which uses the power of social media to create a new interactive version of fan culture.

Interestingly, this form of excessive fandom is widely mocked and denigrated, whilst being simultaneously endorsed as normal adolescent behaviour. Female fans are labelled ‘crazy’ and ‘hysterical’ and shows like Channel 4’s 2013 documentary Crazy About One Direction encourage us to gawp and laugh at teenage girls who obsess over pop stars.

Pop music is itself widely denigrated and considered trivial, worthless and disposable. Ever since I began studying music, I have been interested in this supposed ‘low value culture’, generally considered to lack artistic merit. Manufactured pop stars and bands with predominantly female audiences are thought to be bad musicians – talentless purveyors of fake, auto-tuned rubbish. When critics state that a band’s music is “not just pop”, this is understood to be an indication of musical quality, a sign of cultural maturity and sophistication. I have discussed this topic enough times to know that when you ascribe cultural value to the music of Taylor Swift or Nicki Minaj, people don’t tend to take you very seriously.

Female pop fans are called “obsessive” and “crazed”, pathologising fandom as something unhealthy

Unfortunately, this view has led to the assumption that mainstream pop music, or any music with a predominantly female audience, is unworthy of study. However, pop music is enormously popular worldwide and has massive cultural influence. It is also very hard to avoid: wherever you go, in cafés, bars and supermarkets, pop music is omnipresent. Young women and girls are a highly profitable market and one which the music industry specifically targets. Surely, this mass appeal makes the study of pop music highly relevant? 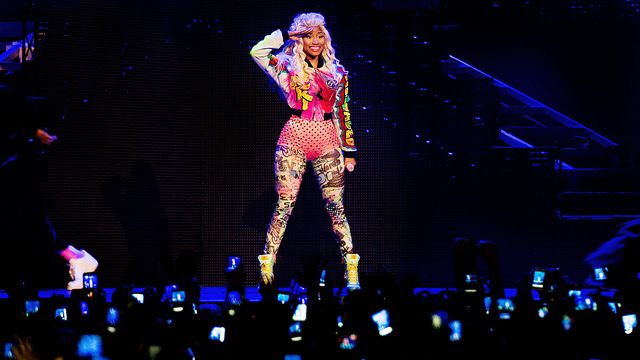 Arguably, these negative judgements about pop music derive from the idea that female fans devalue music. Saying an artist’s music is “for teenage girls” has become shorthand for saying that it’s rubbish. The logic behind this statement is that girls are unable to appreciate good music – that they have no taste or cultural awareness and are instead driven by irrational obsessions. Girls are assumed to be interested in music for all the wrong reasons. Like stereotypical groupies, female fans are assumed to be more interested in the attention of male stars than the music itself.

The negative characterisation of female pop fans betrays society’s latent fear of female sexuality. Fandom is, after all, an expression of desire for a young male heartthrob; girls don’t just listen to music, they also stick posters of boys (and, at times, girls) to their bedroom walls, watch music videos with their friends and turn up to concerts with banners that say “Marry Me Harry”. However, while female pop fans are called “obsessive” and “crazed”, pathologising fandom as something unhealthy, similar expressions are not used for teenage boys lusting after female glamour models and film stars.

Historically, female sexuality has been pathologised and, in the 19th century and before, the diagnosis of female hysteria was commonly used to explain expressions of female desire. The popular image of the female fan is strikingly similar to the image of the hysterical woman: irrational, emotional and dangerously sexual. Although hysteria is no longer a medically recognised condition, the idea persists that female sexual desire is somehow aberrant and problematic.

This is particularly true of teenage female sexuality, which is often seen as a social problem, rather than something normal and healthy. Depictions of young female sexuality in the media invariably focus on supposedly negative issues, like teenage pregnancy and promiscuity, and it is very difficult for girls to develop their own sexual identity in such a context. Perhaps fandom is the only truly acceptable expression of sexuality available to teenage girls.

Arguably, fan behaviour is a necessary release for girls, a reaction to the strict constraints of being a young woman today. Being a fan allows girls the freedom to play with identities and offers an escape from the constant pressure to impress everyone, from parents and teachers, to female friends and male classmates. It is not such a stretch to view fan behaviour as an unconscious protest against a culture which tells girls to act nicely, look pretty and shut up.

Teen fandom is also undoubtedly a celebration of girlhood. It offers girls the opportunity to explore their developing female identities and enjoy being exuberant, raucous and physical. In fact, fandom is less about the boy bands and more about the fans themselves and that’s what seems to make it so threatening. As one fan on the documentary Crazy About One Direction said of her own fandom: “the lads probably don’t like it, but I don’t care.” This blatant reluctance to please others makes teen fandom something that girls can claim as their own – a phenomenon that proudly proclaims the joys of girlhood – and it is this that makes it so powerful.

First image is of a group of teenage girls at a One Direction concert in Sydney, Australia. There are four girls in the first row, all smiling, posing for the photo. The image was uploaded by Flickr user Eva Renaldi. Second image is of Nicki Minaj standing on a stage and looking towards the audience; phones held up by the audience can be seen glowing in the dark. The image was uploaded by Flickr user NRK P3. Both images have been used under the Creative Commons Licence.