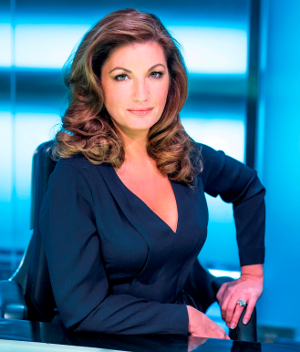 Amelia Handy muses on the aspirational formula behind The Apprentice and argues that quotas recommending the ‘add-woman-and-stir’ recipe to companies are not good enough when we have an economic system that values profit over people.

After watching a recent episode of The Apprentice, it became apparent to me that we, the British public, are living in an Apprentice society where every successful person (read: business person) has supposedly “started from nothing”/”worked their way up”. The familiar implication is that there is no excuse; if you don’t have a job, you are simply not competitive enough (“it’s dog-eat-dog!”) and you only have yourself to blame. This pervasive attitude is symptomatic of the rampant capitalist system behind the myth that you unquestionably deserve your place in the social order. Heck, the show’s Karren Brady was even the managing director of Birmingham City FC at the age of 23: apparent proof that women can do whatever they want now and just need to catch up with the boys! But as much as Brady is an ambassador for women in business, the entire corporate system is male-dominated for a reason.

Our socio-economic structure in Britain serves an elite few. Globally speaking, it has been seen that, despite some improvement in the last decade, men still easily overwhelm the best paid positions in the FTSE 100 companies, with women constituting barely 7% of senior executive positions within these. This imbalance has been called the “patriarchal dividend” by renowned gender scholar, Raewyn Connell, who has theorised how men as a whole economically benefit from the oppression of women. It is obvious enough then that unequal distribution of wealth also creates hierarchies among men, with poor men occupying the lower economic rungs of the masculine order. What is the solution then? Is gender equality in the work place, as my professor once rhetorically asked, a simple case of add-woman-and-stir?

I think not. Surely then, it is necessary to turn our socio-economic structures inside out and upside down. Quotas that recommend the add-woman/POC/LGBTQ-and-stir recipe to companies are not going to be good enough when the companies themselves are supported by an economic system that values profit over people. On top of this, simply adding a woman of colour or a gay man to an executive board is hardly going to mean anything for women of colour or gay men in general. It is a structural issue. To state that having women on a team makes good business sense comes with its own set of problematic assumptions that are founded on the idea that women are fundamentally different from men, “because femininity”. Or something like that.

As I write this, The Apprentice has seven candidates left, three of which are women. I admire their hard work and intelligence. In my fantasies, I secretly hope one of these women is a revolutionary who will bring down the City from within but, when I consider reality, I think of the migrant women caring for my grandmother and the often unacknowledged impact of their work. Both the racialisation and feminisation of poverty need to be addressed and a surge of women in the boardroom is not going to change that any time soon.

Amelia Handy majored in gender in her MA in Middle Eastern studies. She is particularly interested in masculinity studies and intersectional feminisms. She cooks a mean vegetarian tagine (always add almonds!) and enjoys time with her family and Chihuahua in the south of England.

Karren Brady, in black, sitting at a table, leaning slightly onto her right elbow on the table, with her left hand raised on the arm of the chair. Blue background. Shared by Taylor Herring PR, under a Creative Commons Licence.