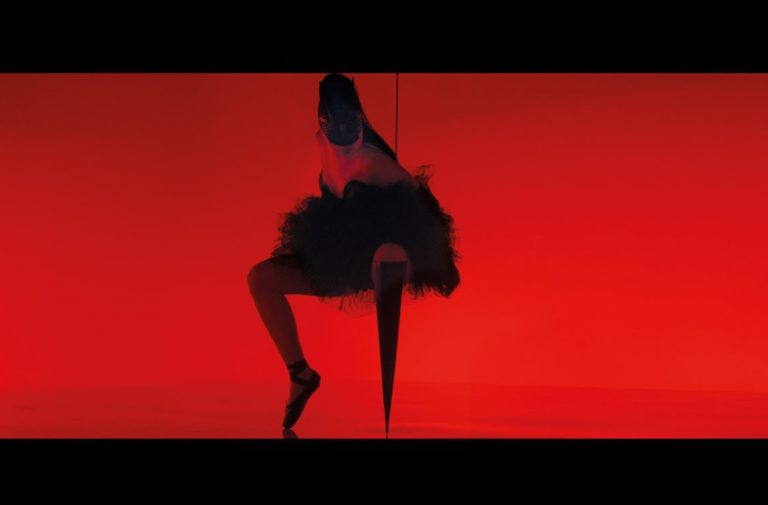 During an ad break in last Sunday’s X Factor final, just after Ben Haenow had flashed his best spaniel-eyes at the camera and reminded us what a normal bloke he is for the 84th time, our screens were apparently “invaded” by Channel 4’s BornRisky initiative.

“Forget what you know about disability,” the blurb in the build-up said. (This, for me as a disabled person, would take a bit longer than your average ITV ad break, but then I am not really the target audience.)

There followed a promo for ‘Prototype’ by Viktoria Modesta, “the world’s first bionic pop artist” and BornRisky collaborator. Modesta, a DJ, model and multimedia performance artist who chose to undertake a below-the-knee amputation at the age of 20, has, according to her website, “a mission of establishing new ideals in the media concerning sexuality and disability”.

In the full-length video, Modesta strides around in several impressive creations from The Alternative Limb Project — including a striking knee-high black spike — as she uses her difference to overthrow a totalitarian regime. A young girl watches a cartoon Viktoria on TV and, enraptured, tears the leg off her doll. A ‘VM’ symbol gives hope to the oppressed. She is subversion. She is defiance. She is the face (and body) of the revolution.

“I think people have always found it hard to know what to think or feel about an amputee who wasn’t trying to be an Olympian,” Modesta says. In the ‘Making Of’ video on the BornRisky mini-site, she explains the importance of ‘Prototype”s bedroom scene — if we can watch a disabled person cycling in the Paralympics, surely we can watch Modesta doing something so ordinary as making love?

Modesta is an icon, a revolutionary and a woman perfectly comfortable with her body, image and sexuality

Yet when Modesta — who identifies as a feminist — performed as the Snow Queen at the closing ceremony of the 2012 Paralympics, she felt “like an absolute outsider” because people couldn’t fathom why she believed she was sexy.

“Culture currently dictates that we view disability from a position of wholesome admiration and empathy,” says the video’s director Saam Farahmand. “This video challenges that convention.”

‘Prototype’ certainly doesn’t depict the stereotypical apparently asexual disabled woman in need of our sympathy. In the video, Modesta is an icon, a revolutionary and a woman perfectly comfortable with her body, image and sexuality. By wearing the alternative prosthetics, she is transforming her body into art, a weapon and whatever she wants it to be.

Yet there is something fetishistic about the way Modesta’s amputeeism is depicted. We seem to see more of Modesta from the waist down than we do her face. She describes the spike as “the next level in power dressing”, claiming it provokes a similar reaction to a high-heeled shoe — a pretty standard fetish object if ever there was one.

The routine she performs in a harness at the end of the video, stabbing and scraping her spike into the floor, is stark and arresting, but has nothing to do with her as a musician (by this point, there isn’t even any music). The implication is that the most important and interesting thing about Modesta is that she is an amputee. And that’s something I for one am struggling to get on board with.

Modesta’s roots lie in the underground fetish scene where she created the theatrical, futuristic and empowering identity we see in ‘Prototype’. This is fine, if you take Modesta as one woman doing things her way, redefining sexiness and femininity for herself alone.

But Channel 4 is presenting her as a tool to help us challenge our prejudices, stamp out stigma and “re-think meaning of the word ‘disabled’ (sic)” Merely swapping the image of the plucky Paralympian “overcoming adversity” for one of fetishistic objectification doesn’t feel like progress. Can a disabled performer only be noticed or valued if her performance centres on her apparent otherness?

She’d have strutted in, all spike and severity and Bettie Page fringe

Modesta’s prosthetic limb is described by Channel 4 as “a difference too far for the music industry to date, and the reason why Channel 4 has given her this important platform”. The X Factor-viewing public needs to see and hear Modesta, the channel’s spokesmen claim, because right now popular culture suffers from a complete lack of disabled pop stars.

It’s a fair point. The indie/alternative scene may be more accepting but in the world of mainstream pop, image trumps everything — particularly for women — and is in danger of leaving us with a line-up of interchangeable, “painfully dull and manufactured” artists.

And dull is certainly in these days. Even Lady Gaga, once daring and avant-garde (and an obvious influence on Modesta’s style), has spent this year crooning tired standards with Tony Bennett. And it says a lot about our preferences as a nation that self-assured and cool Fleur East, who has the potential to be a genuinely interesting artist, was beaten in the X Factor final by safe, MOR snoozefest Ben.

Modesta was allegedly approached more than once by The X Factor to audition, but wisely turned them down. They wouldn’t have had the first clue what to do with her. She’d have strutted in, all spike and severity and Bettie Page fringe, and — through the diabolical powers of editing and sad plinky-plonky background music — she’d have been transformed into a harmless inspirational figure with a marketable sob story. Cue nine weeks of singing Sarah McLachlan covers in floor-length dresses.

Except, well, she isn’t. Not really. She is still slim and conventionally beautiful. Musically, she has yet to find her own unique sound. ‘Prototype’ is a disjointed, sub-Gaga effort; on earlier tracks she sounds like a futuristic but bloodless Paloma Faith. Right now, the only thing that sets her apart from any other up-and-coming pop singer is her amputeeism.

For Modesta, “That’s exactly the point. I’m human, I’m just like everybody else.”

But Channel 4 isn’t presenting her as just like everybody else. The ‘Prototype’ video is all about her otherness and veers alarmingly close to the kind of novelty act we’ve seen too many times before.

Lest we forget, this is the same Channel 4, Champion of Disabled People, that brought us Bodyshock and The Undateables.

The BornRisky campaign is being framed as a worthy project aiming to change society’s view of disability. But, looking at their website, it seems to be nothing more than a pretentious brand statement from a channel that tries really, really hard to be different and provocative.

“We were set up by an act of Parliament requiring us to push boundaries, champion alternative voices and make shows with titles like Paedogedden, (sic) it tells us. (Apparently disabled performers and paedophiles belong under the same ‘risky’ heading.)

BornRisky simply isn’t interested in highlighting how Viktoria Modesta is “just like everybody else”. Where’s the shock factor in that? It wants to provoke, to disrupt, to jam a knee-high black spike into ITV’s empire of bland.

But shelling out £200,000 to show the ‘Prototype’ promo isn’t challenging perceptions surrounding disability at all. Nor is it helping disabled performers and creatives gain visibility, equal representation or opportunities to work in mainstream TV alongside their non-disabled colleagues. It’s essentially Channel 4 giving itself a great big pat on the back because, once every couple of years, it remembers it has a diversity policy.

The promo isn’t really about Modesta or her work — it’s about them. “Look how EDGY we are!” it screams. What Modesta says and how she presents herself is only important because she’s helping to make Channel 4 look cutting-edge. And turning an artist with something worthwhile to say into nothing more than a marketing gimmick is eliminating stigma about as much as sticking that unbearably saccharine voiceover on The Undateables or presenting the subjects of Bodyshock as sideshow freaks.

“Like Viktoria Modesta herself, this project is inspiring, unique and very hot,” say 4Creative heads Chris Bovill and John Allison. And the BornRisky website invites us to discover how the ‘Prototype’ video was made in an “inspirational short film”. Using that same, tiresome old I-word to describe a disabled person’s endeavours doesn’t give the impression Channel 4 truly wants to change or challenge anything.

The ‘Prototype’ promo is simply giving non-disabled X Factor viewers an opportunity to feel all inspired and self-congratulatory for a couple of minutes. Oh, and maybe to tweet about how brilliant Channel 4 is.

I look forward to seeing and hearing more from Viktoria Modesta. She’s intelligent, talented and clearly has something to say that’s worth listening to. We certainly need a pop star like her more than we need another addition to the Syco stable.

But if Channel 4 expects us to believe their BornRisky campaign is half as noble and stigma-shattering as they’re trying to make out, they need to do better than this. Collaborating with a disabled performer without making it all about her difference? Now that would be risky.

Viktoria Modesta stands on her bionic leg (left) with her right leg bent to the side and a black ballet show on her foot. She wears a black ruffled net/tutu and black mask. Red background. Promotional image for ‘Prototype’ single and BornRisky campaign. Taken from the Viktoria Modesta website.

Gemma Varnom runs a copywriting business at shebangsthedrum.com. She also writes fiction, watches a lot of boxsets and tries — unsuccessfully — to avoid getting into Twitter arguments about sexism in Doctor Who