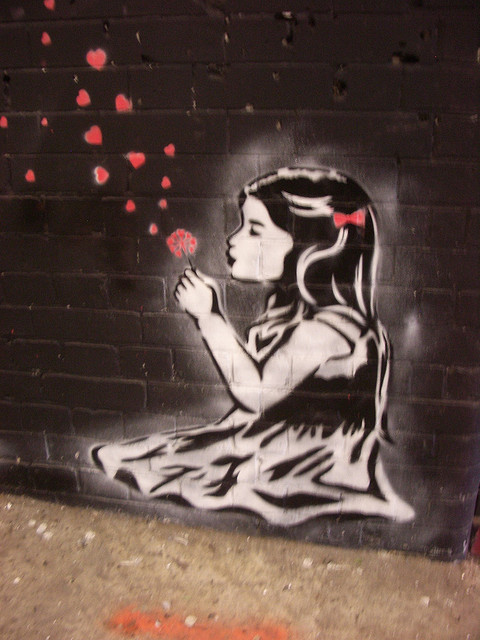 We’re counting down to the end of the year. Here’s this week’s round-up and open thread. Here we include links that we found interesting. Linking does not mean endorsement. Please tread carefully if there are topics that may cause trigger.

If there are any links we’ve missed, feel free to post them in the comments below.

The illustration is of grafitti on a wall picturing a small girl sitting on her feet, blowing a red flower which turns into hearts blown in the wind. Thanks bixentro for the photo! The photo was used under the creative commons license.