Lots of important feminist-related and intersectional news/commentary this week, including Disabled People Against the Cuts’ open Letter after the 8 December High Court ruling against their challenge to the closure of the Independent Living Fund, plus discussion of the how the new legislation prohibiting a range of sexual acts in online media impacts on women…

Disclaimer: As with all other content on this site, this material does not reflect an “official view from The F Word”. All links are simply an indication of what the F-Word editing/writing team and/or poster have been reading over the past week.

Content warning: We add content notes when sensitive content is not adequately indicated in the title of an article but you are advised to approach the links with caution, as they go to external websites and comment threads we have no control over. 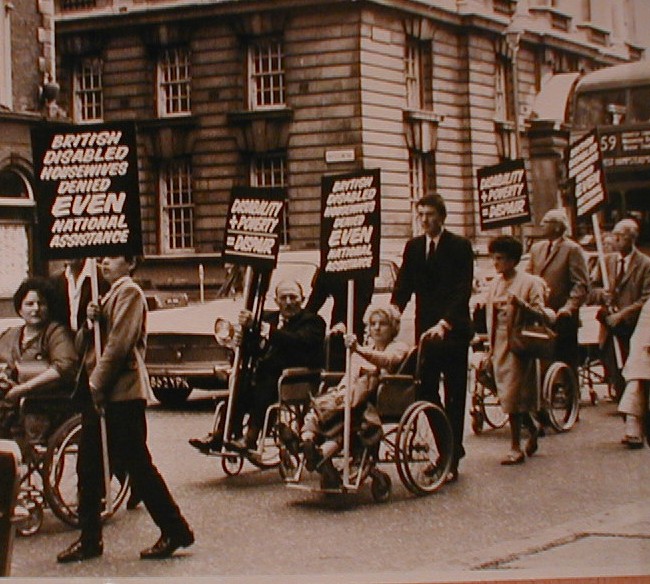 Police Kill Black Women All The Time, Too — We Just Don’t Hear About It (Bustle)

Giving choice a voice: the story behind an internet heroine (Independent)

Legislation addressing rape and other sexual violence – often committed by armed forces – will be presented to cabinet by year end.

It doesn’t really matter what the bill includes because, to Frances Fitzgerald, it doesn’t really matter what the law does – whether or not it “works”, whether or not it harms sex workers. Sex workers themselves do not matter. This is why their views have been so readily ignored throughout this process: because as far as Irish policy-makers are concerned, the law is not really about them anyway.

The rights of sex workers (Aljazeera)

We ask you to imagine what it will be like, for people who have been enabled to live a full life, be with friends and family, go out, work, study and enjoy recreation, to have all that taken away, and find themselves trapped inside, all day, every day, with choices over what they do, when and how, removed.

How Would The Media Cover Leonardo DiCaprio’s Partying If He Were A Woman? (ThinkProgress)

It’s official — benefits and high taxes make us all richer, while inequality takes a hammer to a country’s growth (Independent)

Zoella Isn’t Bad for Young Girls, But Branding Her Vacuous for Liking Make Up Is (Huffington Post)

Most of the coverage I’ve seen of the last item in this round-up has concentrated on the piece’s ‘invasion’ of the X-Factor‘s ad break and Channel 4’s framing of the video as “an alternative to painfully dull manufactured pop”. Do add a link to the comments here if you know of any articles offering a more detailed analysis, particularly by disabled writers, or give us a shout at [email protected] or [email protected] if you’d like to write one for us.

Disabled women’s protest march in 1967, when over 200 members of the Disablement Income Group gathered in Trafalgar Square to hand a petition to Prime Minister Harold Wilson. This is a sepia shot showing a mixed gender group of wheelchair users and walkers holding signs with the messages ‘BRITISH DISABLED HOUSEWIVES DENIED EVEN NATIONAL ASSISTANCE’ and ‘DISABILITY + POVERTY = DESPAIR‘. A number 59 bus is visible at the back.

By Andrew MacLear and shared on Flickr by Tony Baldwinson, under a Creative Commons License. Accessed 16 February 2003 at the Bradford National Media Museum.

More information can be found in 4.1 of Tony Baldwinson’s report ‘Unacknowledged Traces: Exploring through photographic records the self-organisation of disabled people in England from the 1920s to the 1970s‘.