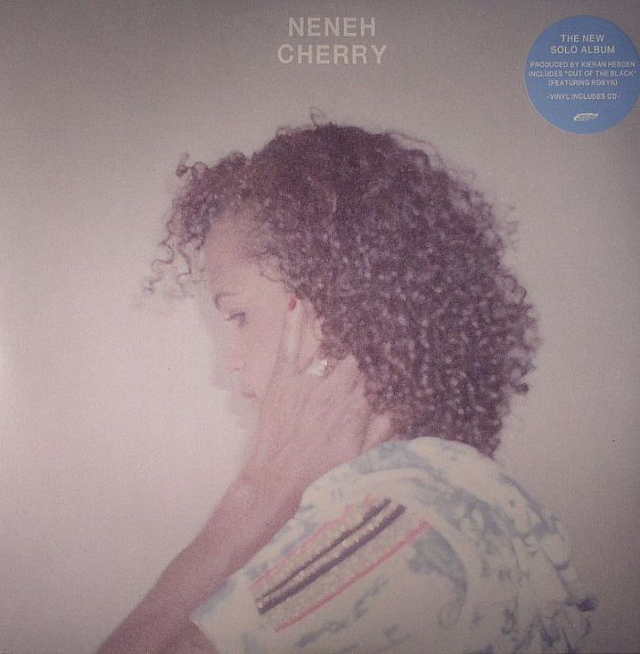 We did not have to wait long in 2014 before being graced with one of the standout albums of the year. Largely positive reviews of Neneh Cherry’s first solo material for 18 years have usually portrayed it as a ‘personal’ record. Cherry herself has stated that her return to releasing music that began with 2012’s avant-jazz covers collaboration The Cherry Thing was a cathartic response to the death of her mother. Blank Project, furthermore, is baldly, boldly frank about the supercharged emotions and difficulties of coupledom and motherhood.

However, one of the many captivating aspects of this album is how well it captures a feeling, intimately connected to the times we’re living through, shared by more and more people now. As hopes and chances of security in employment, romance, domestic arrangements and even basic human rights recede ever further for what’s becoming known as the ‘precariat‘, one song title on Blank Project that seems to particularly encapsulate the collective mood is ‘Weightless’. The combined talents of musical duo RocketNumberNine and producer Kieran Hebden kick it off with a sound that suggests being fired out of a cannon and finding yourself flailing in mid-air. Just at the moment when vertigo is starting to set in, you’re locked into a tight, dirty synth and drum combo. Its shadowboxing repetition perfectly complements Cherry’s evocations of putting your all into clinging to the merry-go-round as it spins ever faster, threatening to hurl you off: “Moving in circles, but I’m wasting away…”

Cherry has recently identified herself as a feminist, in contrast to a prior wariness of the term

There’s no doubt from the beginning of this album that the personal is also consciously inflected with the political. Gorgeous, stark opener ‘Across The Water’ states that “my fear is for my daughters”. As with past post-punk peers such as The Slits’ Viv Albertine, Cherry has recently identified herself as a feminist, in contrast to a prior wariness of the term. In particular, she pointed to the prevalence of aggressive pop cultural ‘sex-slave’ representations of women that threaten to cut them off from self-determination, whether sexual or otherwise. There’s none of that here, as a cheeky line from ‘Weightless’ makes clear with its independent woman echoes of Cherry’s biggest hit ‘Buffalo Stance’: “Service myself when I’m all alone”. ‘Naked’, meanwhile, succinctly gets across her concerns about “modern motherhood syndrome… this pressure of high-level performance”. In the words of the song, it feels like there’s always “another twelve rounds in the ring”. As with ‘Weightless’, the stuttering, jerky and punitive rhythms point to a symmetry between music and lyrics that works both conceptually and emotionally.

Though it is implicitly gendered, the line “kick against the pricks now” also hints at the other areas of disquiet that pop up on Blank Project in addition to sexism. The one moment on the album in which Cherry allows herself mournful pause is ‘422’, which blooms darkly into speculations on the state of the world. The song glacially laments a possible time “When the doubt has finally spread/And we’re all scared and off our heads/When they have taken all they can”… In ‘Cynical’, the personal strain of atomised ‘solutions’ to environmental destruction, which decant responsibility from profit-hungry organisations onto individuals, is wittily dealt with:

Pick up everything, recycle trash

Footprint thing, get all my clothing right…

There’s also a refreshing willingness in Blank Project to acknowledge the need to block everything out sometimes for the sake of survival. The zippy single, ‘Out of the Black’ (a duet with Swedish pop star Robyn), claims “I’ve got my blinkers on, so bad stuff I can’t witness,” while ‘Everything’ repeats the childlike mantra “Got my fingers in my ears, I can’t hear you.”

By coincidence, 2014 was also the year in which I discovered Neneh’s stepfather Don Cherry’s 1972 masterpiece Organic Music Society. In some ways, it couldn’t be more different from the edgy, hollow tension that permeates Blank Project. Suffused with the communal vibes and mystical positivity of hippiedom, its proto-world music jams feel as though those making them are entirely at ease — with themselves, one another and the world beyond. They are windows into a very different time: the final afterglow of post-war Western prosperity and optimism. Yet one of Cherry Sr’s declarations on Organic Music Society could almost be a guiding principle for Blank Project: “This is the way of the organic society — to flow with time.” This is because, alongside the gnawing anxiety, there’s a steadfast and together attitude on Blank Project that is powerfully reassuring.

There is confidence that justice is possible if we come together

Neneh Cherry won’t be beaten down or dislocated indefinitely by the depressive spirals that she recognises as starting from both personal tragedy and the weight of the world. If we think it’s our destiny to be rained upon, she tells us in ‘422’, we’ve given in to manufactured fear. Meanwhile, ‘Cynical’, a song about trying to be less so, shows confidence that justice is possible if we come together. The idea that loss and hard knocks just have to be absorbed and worked through with a faith that we’ll come out the other side is hinted at by the breathless “let it go”s of the chorus of ‘Dossier’. However, it’s the closing track, ‘Everything’, in which this wisdom is most ecstatically conveyed. A vocal sample provides one of the main rhythms, giving the impression that Cherry is now in control. “If everything is everything”, she asserts, as she sloughs off a floppier version of herself. She sings the line “Good things comes to those who wait, they say” with just the right amount of doubt, before a kaleidoscopic finale merges lyrical fragments from earlier songs into a mantric rap, followed by a yammering, keening, chuckling vocal and the final shimmering cadences of the album.

Listening to Blank Project for the first time on earphones, I felt genuinely elated and somehow re-set. That sharing of strength and empathy might be the greatest gift of this truly wonderful comeback.

Cover of Blank Project. This shows a slightly over-exposed left-facing profile shot of Neneh Cherry against a greyish background. She is wearing a white top with a glittery stripy patch on her left shoulder and her left hand is raised up to that side of her face. “Neneh Cherry” is written in white at the top. There is a round blue sticker in the top right corner with the following written on it in white: “THE NEW SOLO ALBUM, PRODUCED BY KIERAN HEBDEN, INCLUDES ‘OUT OF THE BLACK (FEAT ROBYN), *VINYL INCLUDES CD*.”

The lyrics for ‘422’ and ‘Cynical’ were originally transcribed slightly incorrectly. This was down to an editorial error but the quotes are, to the best of the writer and editor’s judgement, now correct.

It is interesting that the word ‘ash’ in ‘Cynical’ can be heard as ‘gash’. The writer notes that this “could well be a ‘gas/gash’ wordplay on Neneh’s part, given the ironic tone of ‘footprint thing'”.

David Wilkinson is an academic and a writer. On nights out, he has more than once done embarrassing dances to ‘Buffalo Stance’