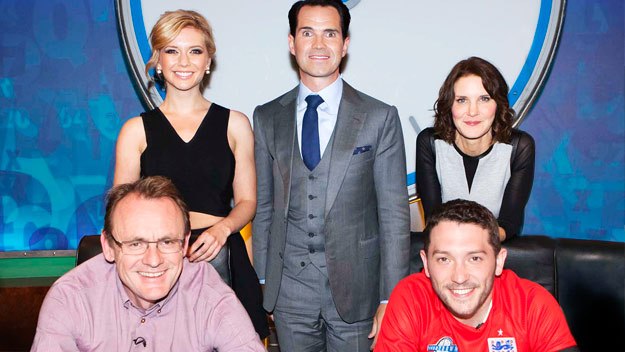 Emily Hoyle reports on the slow progress made regarding women’s representation on TV panel shows generally, nearly a year after the BBC acted on recommendations to boost women’s presence on screen.

“…Outnumbered. Just to be clear that’s a sitcom about a modern family not about a female comedian on a TV panel show…”

In February last year, BBC 2’s comedy panel show Mock The Week installed a quota for female comedians, stipulating that at least one woman must appear on the panel per week. Danny Cohen, the director of the BBC, put this quota in place following advice from the BBC trust to urgently address the problem of the underrepresentation of women on television. This was sparked by a report commissioned by the Cultural Diversity Network that put the spotlight on panel shows such as Mock The Week and QI for only rarely representing women.

It is not just the BBC that is guilty of this; across British broadcasting, comedy panel shows are heavily dominated by white heterosexual cis men. In an article on the blog for this site in 2011, Vicky Brewster posted research demonstrating the lack of women on British panel shows more widely, particularly focusing on Mock the Week and how the number of female guest panellists on the programme actually declined in number from the first series to the tenth. In that same year, Helen Lewis of The New Statesman expressed her frustration of all-male comedy shows:

Turn on the television and it’s a familiar sight. Five, or sometimes seven, men making jokes about Kerry Katona, mother-in-laws and breasts. Occasionally, a woman creeps on — but when did you last see more than two?

Not much has changed since then. When women manage to secure a seat, there never seems to be more than two and only rarely more than one. On the comedy review and listings site, Chortle, there are (by my own estimate) approximately 256 female comedians listed under their heading and many more working various circuits who aren’t listed. So why are they not filtering through to television? As Lewis says, “Unless you accept the premise that women aren’t funny, there must be something stopping them from being funny on TV”…