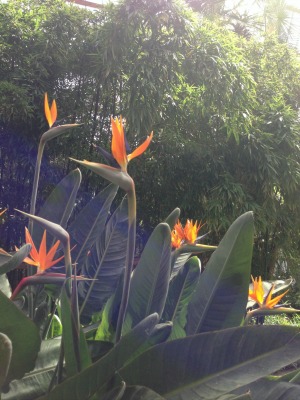 Hello, F Word readers, and Happy 2015! Welcome to the first weekly round-up and open thread of the year. Below are some recent news stories that caught the attention of The F Word Collective this week (linking does not necessarily imply endorsement or agreement by members of the collective or the author of this post).

Please note that these links range from “ooh yay!” to “oy vey” and some articles may be triggering. Want to discuss these topics or add your own? Please share this post, and comment below!

This Woman Schooled A Man On OkCupid After He Accused Her Of Lying In Her Bio: Natalie Guest is a writer from London who recently had an exchange on OkCupid with a man who thought she was lying in her bio. He literally didn’t believe she could type 100 words per minute. BuzzFeed News spoke to the woman who proved him wrong. (Buzzfeed)

No Thanks, Cupid: ‘Does Your Partner Have to Be An Active Reader?’

Here is a triptych of recent stories about media representation:

Doctor Who: how Ace set the template for modern companions

Sophie Aldred’s Ace was a Doctor Who companion ahead of her time. We look back at the girl from Perivale’s time in the TARDIS… (Den of Geek)

Some intersectional discrimination in academia:

Shut yer face! I’m fed up being ridiculed for my regional accent in academia (The Telegraph)

‘Philosophy is for posh, white boys with trust funds’ – why are there so few women? Over 70% of philosophers in UK universities are men. We speak to academics about how institutions can become more inclusive (The Guardian)

It’s been particularly hard to read and talk about Leelah Alcorn’s story at a time of year when a lot of friends and family are reluctantly having to spend time with (or having to choose to avoid) unsupportive or unsafe relatives at the holidays.

Stavvers has done an excellent link round up on her blog: Remembering Leelah Alcorn: a round-up of links This post includes a content note, which I echo: “Content warning: This post mentions and links to content discussing transmisogyny and suicide.” – Stavvers (Another Angry Woman)

And here are three additional and insightful links

Your Sympathies Are Misplaced

Leelah Alcorn’s death was a suicide. Her suicide note along with her account were scrubbed from Tumblr, but the note and other posts have been preserved thanks to the blessed powers of the Internet. Look in the comments on any story about Leelah Alcorn and you’ll see poorly directed sympathy. (Jezebel)

Religious Abuse I’ve tried to write this post many, many times and I never manage it because there are parts of my past I still find too desperately painful to write about. But right now I’m seeing both atheists blaming Christianity (or more often “religion”) as a whole for the tragic and avoidable death of Leelah Alcorn and Christians insisting Leelah and others like her could be saved if they only found a different (but still Christian) church or community to be part of, that they ones they are in aren’t “real” Christians and real Christians will love and accept trans youth for who they are… And I need to say something. (Yet Another Lefty)

“You Didn’t Have To Kill Her”: An Open Letter To The Parents Of Transgender Teen Leelah Alcorn (Ravishly)

Christine Cavanaugh: Voice actor behind the eponymous pig in ‘Babe’ and the worrisome toddler Chuckie in ‘Rugrats’ (The Independent)

Here are two articles that focus on body image:

Why I’m giving up the razor I have an almost 12 year old daughter, she is reaching the age where the usual puberty changes are happening, there are boobs and hormonal mood swings and there is the hair… Sprouting from armpits, legs and you know, everywhere. (So Bad Ass)

This is a great article all about accessibility in public spaces and online spaces:

Why Do You Fight Accessibility? When issues of accessibility are raised — in physical environments, online, in the design of homes, restaurants, public spaces, websites, books, classrooms — the response is often defensive. Justifications for inaccessibility spill out of endlessly running mouths, there’s always a good reason (or seven), there’s a sense of needing to swat down any request, of triumph when the list of reasons is trotted out and presented. You see, it’s simply impossible. (This Ain’t Livin’)

Breaking: Congrats to Kate Saunders for winning the Costa Children’s Book of the Year with a sequel to E Nesbit’s Five Children and It. The new book is called Five Children on the Western Front, and it looks excellent:

Costa Prize Winner Kate Saunders: ‘I couldn’t have written this book if I hadn’t lost my own boy’ Kate Saunders’s son Felix committed suicide in 2012. A year later she began to write Five Children on the Western Front, a children’s book about the First World War (The Telegraph)

If one of your new year’s resolutions is to reclaim space, check out:

If another resolution is NOT anything to do with wasting hours on the internet staring at pictures of kittens, then this related (and admittedly older and well travelled) link is for you: http://savingroomforcats.tumblr.com.

some news in science to start the year off right:

Hope 2015 evolves into a good year for everyone.

Photo description: The photo is by Chella Quint and has been used with permission: all rights reserved. It depicts tall orange flowers of the Bird of Paradise variety in bloom in the Sheffield Winter Gardens. They really do look like a flock of birds in a puppetry sort of way – it is uncanny – and they are quite lovely.