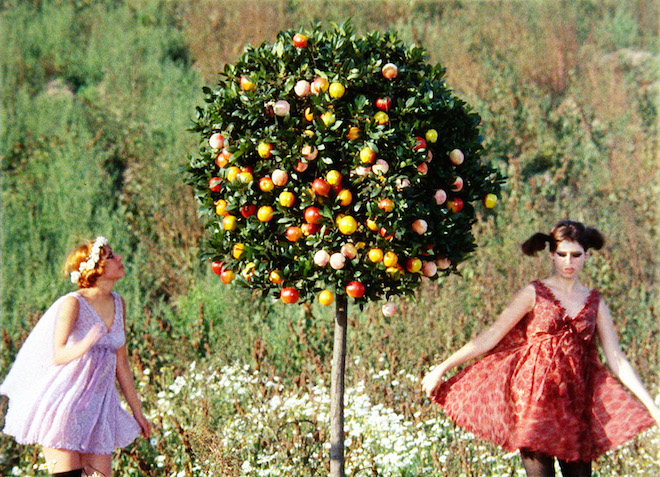 Traditionally I am not covering the Oscars (for many reasons, but you may check out this “brutally honest Oscar ballot” if you haven’t yet: it would be hilarious if it wasn’t true). Instead, in the run-up to the International Women’s Day and beyond, I’d like to recommend some fantastic cinematic events happening in London in the beginning of March.

“I have no desire to cuddle my audience,” poignantly said Věra Chytilová, the late great avant-garde Czech film director whose work will be celebrated with a season of films at BFI Southbank 1 – 17 March 2015. The season marks a year since her death in March 2014, giving audiences a rare chance to celebrate the life and work of a true original and a pioneer of Czech cinema, relatively unknown in the UK.

Chytilová thought it natural to use her female perspective and experience, although she didn’t see herself as a feminist. Never one to hesitate, she played on stereotypes associated with women, exploiting the fear of feminine hysterics and famously threatening to jump out of the window in front of state officials when she struggled to get her unorthodox films financed or released. Chytilová’s best known film Daisies (Sedmikrásky) (1966), in which two teenage girls embark on a series of destructive pranks, shocked the Czechoslovak government to the point it withheld its release for a whole year.

Besides Daisies, the season features Chiytilová’s early cinéma-vérité-style films A Bagful of Fleas (1962) and Ceiling (1962). Strong social criticism and experimental form, together with Chytilová’s active criticism of the Soviet occupation led to a ban from studios for six years. She returned to work in 1976 with The Apple Game (1976) that will be shown as well as her later films: Prefab Story (1979), The Very Late Afternoon of a Faun (1983), The Jester and the Queen (1987) and feminist comedy Traps (1998), a prize-winner at the Venice Film Festival. 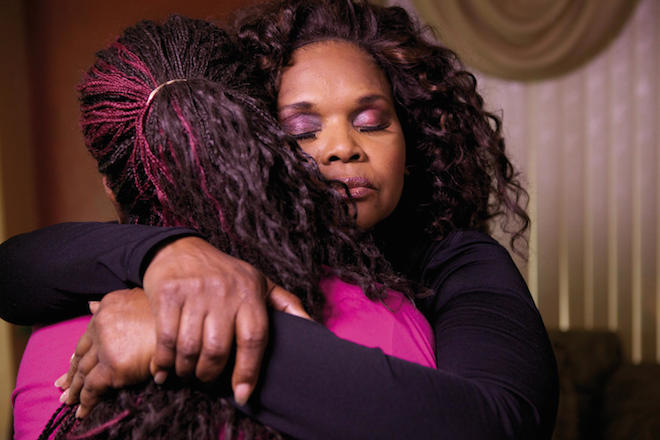 The screening will take place at 3pm at the BFI Southbank on March 8th and will be followed by a Q&A with filmmaker Kim Longinotto – a documentarian who is internationally renowned for her films about extra-ordinary women, particularly female victims of oppression or discrimination. [Read the F-Word review of Kim Longinotto’s Salma].

Dreamcatcher takes us into a hidden world through the eyes of one of its survivors, Brenda Myers-Powell. A former teenage prostitute who worked the streets of Chicago, Brenda defied the odds to become a powerful advocate for change in her community. With warmth and humour, Brenda gives hope to those who have none: her story is their inspiration.

Last but not least, on 9 March BFI Reuben Library will be hosting a discussion on the history of female film criticism.

The panel will include writers Pamela Hutchinson, The F-Word contributor Sophie Mayer, Francine Stock and Catherine Wheatley and the event will be chaired by Isabel Stevens, production editor of Sight & Sound magazine. The participants will pay homage to a wide range of female voices on cinema, from little-known early reviewers to contemporary cultural critics, including C A Lejeune, Penelope Gilliatt, Dilys Powell and bell hooks.

The discussion starts at 6:30pm and I have one ticket available for this sold out event: it will go to the first person who emails me at film[at]thefword.org.uk.

First image is a still from Věra Chytilová’s Daisies. It shows two young women wearing fancy short nightgowns, dancing around an apple tree in the middle of the field.

Second image is a still from Kim Longinotto’s Dreamcatcher. It shows a black woman, wearing purple eye make-up, with her eyes closed, hugging another woman whose back of the head we can see.