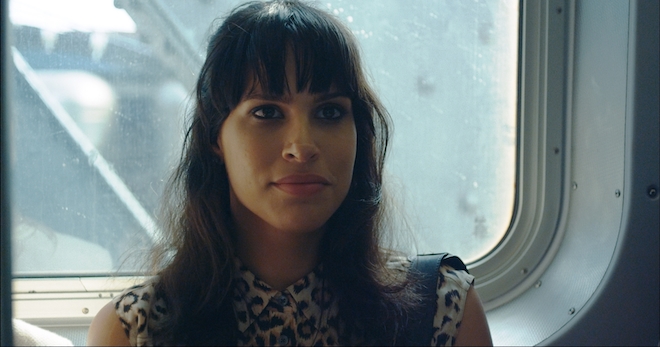 “Love or hate Girls, Desiree Akhavan currently has what seems like the best job in the world,” says Sophe Mayer introducing her interview with director and lead of Appropriate Behavior, opening in UK cinemas next week. “If you’re a fan, envy her character Chandra hanging out with Hannah (Lena Dunham) at the Iowa Writers’ Workshop. Not a fan? Thrill as Chandra takes Hannah’s writing to pieces.”

As Desiree’s debut feature opens in the UK, she joins the cast of Girls for its Season 4. That makes perfect sense: after Appropriate Behavior debuted at Sundance in 2014, it earned the epithet of “the bisexual Persian-American Girls“. Asked how she felt about this comparison, Desiree told Sophie:

I feel greatly influenced by television, including Girls, including Broad City, they’re really badass. I’ve been asked: “When do you think this phase of the Brooklyn girl who can’t get her shit together will be over?” Sure, Brooklyn is a thing right now, but women being entitled and wanting to live by their own rules just as much as any other asshole is not something that should change. I find it absurd that we’ve been living in this world of movies about young man-boys who can’t grow up and that was entertaining and fun and fresh, but the minute women start doing it, it’s a phase we need to outgrow.

You can win a pair of tickets for 23 March Bechdel Test Fest screening at Greenwich Picturehouse!