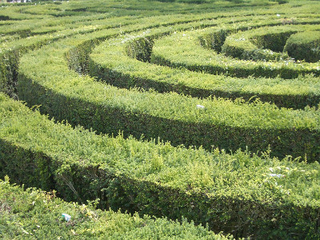 A ray of hope from the UK Border Agency

The treatment of asylum cases relating to sexual identity has been, historically, abysmal. Up until 2010, it was legitimate for people fleeing their country for fear of persecution for sexual identity reasons to be told to go back and be more discreet. That was changed after a landmark case decided in the Supreme Court, but LGB women and men (and people perceived to be LGB) have continued to face barriers that betray prejudice and gross misunderstanding of sexual identity and orientation. Like being asked to “prove” they are LGB by naming their favourite gay bar. Or told to give their opinion on Oscar Wilde. Or facing opposition that is generally so suspicious that desperate people resort to offering videos of themselves having sex to attempt to show that they are telling the truth.

Women and men have different additional barriers. For women, these include the sheer invisibility and erasure of their sexuality. In many countries, the legality of lesbian sex is a grey area, whereas sex between two men is clearly outlawed. To me, it’s obvious that this is unlikely to be because regimes and societies are completely relaxed about women being with other women – possibly, just possibly, the state they are in does not even consider them as independent sexual individuals. In addition, women in particular can be under significant pressure to marry, which often happens younger and sometimes with reduced agency. While it’s clear that many LGB women marry men (to sustain a heterosexual narrative? To appease family? Because they didn’t realise they were attracted to women? Because they are also attracted to men?), this is frequently used to assert that claims are not credible.

Meanwhile, stereotypes abound, and women claiming asylum for sexual identity reasons are assessed on whether they look like lesbians (because all lesbians look the same, right? Not only across the UK, but across the entire world?). And it’s people with phenomenal power who think this is relevant. For example, in ND v SSHD in 2012, an Upper Tribunal Judge appears to have asked the appellant to comment on her way of dressing: “She agreed she did not dress mannishly: she was a pretty girl…who dressed like a girl”.

So, that’s a very small part of the background. However, guideline document Sexual Identity Issues in the Asylum Claim was published this week. Interestingly, it might actually offer some hope.

Early in the document, some key considerations are laid out:

After a long period of missing even the basics, this document is bringing some valid points to the table. It seems to be moving away from blunt generalisations and calling for an understanding of the complexity of sexual identity, even advocating an intersectional approach. Many of the issues I raised earlier in this post are partially or wholly addressed in a way that suggests significant progress.

However, this document will only be useful if it is put into practice. There are reasons to suspect this might not happen. It instructs, for example, that people should not be found to be lacking credibility just because they did not raise their sexual identity immediately. To give some context, the initial contact is often a short exchange, with details given in the same room as lots of other people in essentially quite a public environment. Too many people have thought that they could explain their sexual identity later, in a more private place, when more details were being asked – only to find they are immediately judged implausible. So this instruction is great – except it is status quo. Failure to immediately disclose is technically not supposed to reduce a claimant’s credibility, yet in the majority of cases relating to LGB women that reached the Higher Tribunal in 2012, the point at which they disclosed their sexual identity was examined as a relevant factor.

It will take time to find out whether these new instructions are effective. Even if they are, it will take time for them to be communicated to all relevant decision-makers and for them to become practice rather than theory. The document’s existence is not enough to suggest that the troubles of LGB women seeking asylum are over – but it is a step in the right direction.

The photo is by Katie and is used under a Creative Commons Licence. It shows a green hedge maze from above, scanning across the top of the hedges, showing a pattern of increasing circles. I chose it to suggest frustration, but also to indicate that with more information (like having a birds-eye view), navigation becomes more doable.