Are you enjoying Mad Men and Game of Thrones? I am… sort of

Elke Weissmann puts out a call for people to take part in her forthcoming piece of TV-related research. 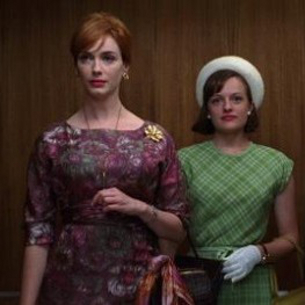 I am a woman. I am a feminist. I like watching television. And I am an academic.

In the 1980s, these parts of my identity would have probably led to the following problems: I would have encountered a barrage of popular and academic publications which would have told me that television, particularly the kind typically categorised as ‘television for women’ (i.e. the soap opera) is bad for me. I would have probably been repeatedly told by my peers, family and friends about examples of susceptible women who, after watching Dallas or Dynasty, demanded a more lavish lifestyle or went out to buy shoulder-padded clothes like the ones Joan Collins wore. And I would have probably encountered quite a few people who prided themselves on not owning a television set.

All of this highlights two things: that women were largely perceived as ‘vulnerable’ audiences, easily duped and passively absorbing content, and that television was perceived as the bad object, particularly in its most ‘feminine’ forms.

In the 1980s, some emerging feminist academics were in this position. As a result, they conducted a number of studies into British and US soap operas, all of which stressed the complex ways in which women used soap operas in order to engage with and make sense of their everyday lives. Today, their publications are considered canonical in my field of study.

But it’s not the 1980s and the status of television, particularly of US television drama, has changed significantly. If all US television was derided as trash by the cultural elite of the 1980s, despite such wonderful dramas as Hill Street Blues and (still one of my all-time favourites) Cagney and Lacey, US television is held up today as the pinnacle of ‘quality’, despite such dross as (yes, let me say it) Homeland (which, of course, is not US-based in its origins anyway). If those television-watching feminists in the 1980s were told that all television was bad and women should stay away from it, it is now the case that I find quite a few people telling me that I absolutely have to watch these programmes. And all too often, they ask me — a feminist scholar of television — if I don’t think they are fantastic, particularly because they offer “strong women” in their stories. And this is when my enjoyment of North American Quality Television Drama comes to an abrupt end.

The reasons are simple. I am not sure these women are so strong or depicted in any way that I find interesting. Take Betty in Mad Men for example. In the first season, she clearly suffered from the “problem with no name” that Betty Friedan identified in her 1963 book The Feminine Mystique. But then, from season two onwards, she just turned into a horrible person and her problems were simply forgotten. Mad Men is actually one of the specific dramas that leave me conflicted. The other (and I have noticed I am not alone) is Game of Thrones. Both are quite explicit in their misogyny and place this within the context of the time period they portray: the pre-feminist 1960s in the case of Mad Men and a pseudo-medieval period in the case of Game of Thrones. Both dramas highlight the problem of the sexisms of their times, particularly for their female characters, and this is often understood as part of the feminist potential of these programmes. But there is something that still doesn’t quite sit comfortably with me and much of this seems to be connected to the female characters in them. Yet, I am absolutely drawn to these dramas; I find them utterly compelling.

I am trying to make sense of all this through a study that I am currently conducting at Edge Hill University. This study will be presented at the Society of Cinema and Media Studies in Montreal, Canada, in March, and I would like to write another piece for The F-Word blog as well as a journal article about it. If you watch these programmes (or one of them), would you be willing to write to me and tell me what you enjoy and what you don’t enjoy about them? Any responses — no matter how short or long — are very welcome. I will of course anonymise your responses. Please contact me at [email protected]. I look forward to your responses. Thanks for your help!

Elke Weissmann is Reader in Film and Television at Edge Hill University, Ormskirk, north of Liverpool. She has published a book on British-American relations in TV drama production, Transnational Television Drama, and has co-edited Renewing Feminisms with Helen Thornham.

This is taken from Mad Men, episode 409 (‘The Beautiful Girls’). It shows the characters Joan Harris (Christina Hendricks) and Peggy Olsen (Elisabeth Moss) standing in front of a wood fixture. Both wear dresses that are characteristic of the 1960s and each woman has a just-visible leather bag hung over her arm. Joan’s dress is a purple floral number, while Peggy’s is light green cross-check. Peggy also wears white gloves and white hat. Image Courtesy: AMC TV/Mad Men, posted on Flickr by Steve Garfield and shared under a Creative Commons License.