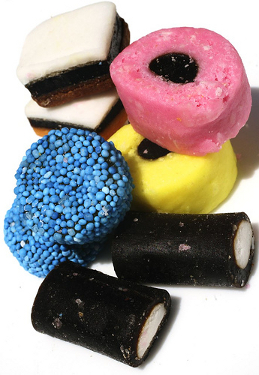 Welcome to the latest round-up of the articles and blog pieces we’ve been reading over the past week.

Disclaimer: As with all other content on this site, this material does not reflect an “official view from The F Word”. All links are simply an indication of what the F-Word editing/writing team and/or poster have been reading over the past week.

Content warning: We add content notes when sensitive content is not adequately indicated in the title of an article but you are advised to approach the links with caution, as they go to external websites and comment threads we have no control over.

What happened when I confronted my cruellest troll (Guardian)

Yo Yo Honey Singh: The Indian student who took on ‘misogynist’ rapper (BBC)

In China, highly educated women are mocked as a sexless “third gender” (Quartz)

FGM: What is Female Genital Mutilation and why was the first doctor to stand trial in the UK acquitted? (Independent)

The price I pay to write (Dame Magazine)

As a Jobcentre adviser, I got ‘brownie points’ for cruelty (Guardian)

Jacqueline Wilson interview: ‘People say my books are all sex and drugs, but I can’t remember any’ (Guardian)

‘Secondary ticketing’ might be legal, but that doesn’t make it morally right (Guardian)

Why Doesn’t She Leave? Here’s What They Say (Jess at Women’s eNews)

$pread, an Utne award-winning magazine by and for sex workers, was independently published from 2005 to 2011. This collection features the enduring essays about sex work around the world, first-person stories that range from deeply traumatic to totally hilarious, analysis of media and culture, and fantastic original illustrations and photographs produced just for the magazine. The book also features the previously untold story of $pread and how it has built a wider audience in its posthumous years. What started as a community tool and trade magazine for the sex industry quickly emerged as the essential guide for people curious about sex work, for independent magazine enthusiasts, and for labor and civil rights activists.

Be Suspicious of the New Harper Lee Novel (Jezebel)

Selfies and sexism (this ain’t livin’)

Column: We could put Ireland at the forefront of trans recognition, so why don’t we? (The Journal)

And here are a few pieces we missed when they came out, but are still worth a look if you haven’t already:

The invisible women of the Civil Rights Movement (Newsworks)

Children Are Not Property: Respecting the Agency of Young Black Girls (For Harriet)

Licorice Allsorts against a blank background. Left (top to bottom): one three layered white/black/brown square on top of one three layered white/black/orange square, two aniseed circles with balls of blue sugar on the outside, one black roll with white paste in the middle. Right (top to bottom): one pink licorice-middled coconut circle on top of a yellow licorice-middled coconut circle, one licorice roll with white paste in the middle. By Jo Munday, shared under a creative commons license.