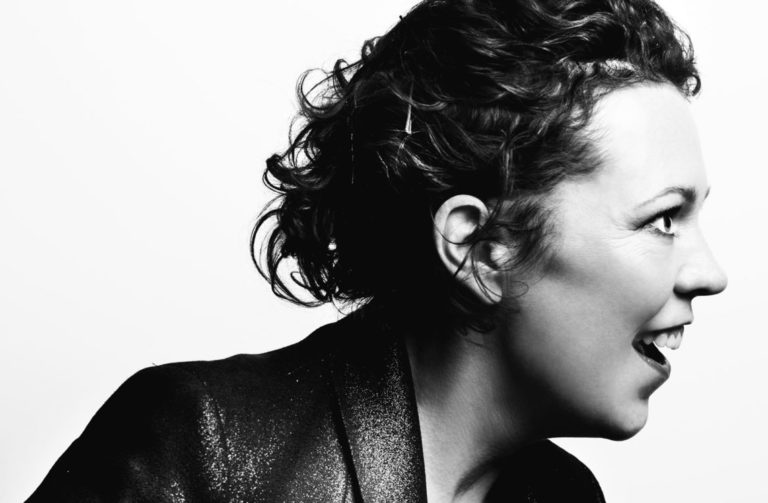 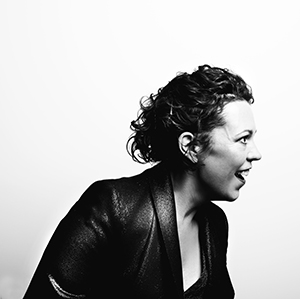 Idil Sukan’s portraits could not be more conspicuous if they were two people dressed in pig masks driving a pick-up truck – which they sometimes are. This Comedian is a ten year retrospective of Sukan’s work in comedy, and is dazzling in its insight into identity, focusing especially on each performer’s persona as a self-identifying comedian. Rather than a misguided attempt to capture something of her subjects’ ‘true’ identity, Sukan works with them to create a collaboration of which they can be proud through improvisation and personal engagement. The result of this approach is that her portraits perfectly demonstrate not only something of each comedian’s spirit and individuality, but also a deep sense of their humanity.

Olivia Colman’s is the first image I see on entering the Embassy Tea Gallery, her piercing stare not directed at the camera, but out of shot, as she laughs freely. This is a far cry from the usual representation of women as demure and sanitised. It is also much more striking than the faux-quirky face-pulling which is often used to contradict that norm. This very personal, honest approach to photographing women, and a playful use of gender norms more generally, are laced throughout the collection. Sukan jokes on Twitter that the show will just be “100 pictures of male stand-ups scratching the back of their heads” but, in fact, the balance of male and female comedians from all branches of comedy is remarkable. It would be safe to say that comedy is widely regarded as something that men do, with female comedians not only disregarded, but actually verbally attacked, both on the internet and in the real world. Sukan seeks to redress this balance, in her own way, by placing women at the forefront and ensuring that at least in her show, they have equal place alongside men.

Peter Capaldi and Clive Anderson too are brought into the fold, with Anderson draped over a chaise longue, like a model in a renaissance painting, and Capaldi caressing his hair like a woman in a Herbal Essences ad 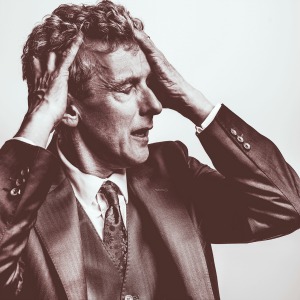 Sukan’s playful take on gender norms extends well beyond the male/female gender imbalance, however. Eddie Izzard and Julian Clary portrayed in highly feminised ways is only to be expected, and sketch comedy duo Shirley and Shirley are shown both in suits and in pearls and dresses, a contrast which could seem clichéd and trite, but the overall visual impact of the images – the use of colour, their expressions and the use of props in particular – is such that criticism based on clothing choices seems trivial. Peter Capaldi and Clive Anderson too are brought into the fold, with Anderson draped over a chaise longue, like a model in a renaissance painting, and Capaldi caressing his hair like a woman in a Herbal Essences ad.

Sukan’s work is at its core advertisement, and her ability to create such striking images for what some would consider mundane purposes speaks volumes about her passionate love affair with comedy 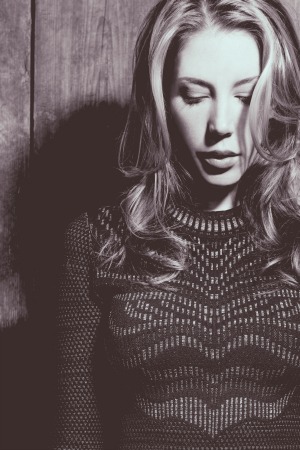 Sukan’s work also shows a sort of photographic-comedic flair and a versatility, combining the ordinary with the extraordinary to great effect. One wall near the entrance contains thrillingly dark portraits, with one performer barely more than a silhouette against red light, as if stepping out of Hell. This wall also displays Shirley and Shirley dressed to the nines in front of a pig’s head and trotters. On the other end of the spectrum, Celia Imrie’s elegant beauty is framed in black, and the introspective shot of Katherine Ryan is stunning in its simplicity. Sukan’s work is at its core advertisement, and her ability to create such striking images for what some would consider mundane purposes speaks volumes about her passionate love affair with comedy. The peculiar nature of This Comedian reaches its peak when after admiring the collection for over an hour, my friend points out a black curtain and wonders what might be behind it. We look and find that there is more to the exhibition. What we find is a living room, the kind your grandparents might have, if your grandparents were nineteenth century aristocrats with a penchant for time-travelling to the twenty-first century to collect posters from comedy shows. It is surreal and it is wonderful.

I am informed at one point that Idil had intended to include only 200 photos in the show (yes, only!) but could not narrow them down, resulting in a show with roughly 350 photographs. While I cannot see a single photograph I would exile from the collection, the sheer number of pieces does leave me with the feeling that I have not quite seen enough, that I must have missed something, that some gem has gone undiscovered and I may never know it. This is especially true of the walls covered with tiny photographs. Oh well, perhaps I shall pay another visit. And at least I saw the raccoon.

It should come as no surprise to you that I would strongly recommend a visit to see This Comedian. While maintaining a stunning beauty, this is an extraordinarily human portrayal of comedians, with a joyous playful twist or two along the way.

This Comedian is open at the Embassy Tea Gallery until 8 March, 2015.

Photo descriptions: Black and white photos of Olivia Colman (also the feature image), Peter Capaldi and Katherine Ryan are provided courtesy of Idil Sukan. The first two are described within the review. The third photo depicts comedian Katherine Ryan in a head-and-shoulders shot taken off centre. Katherine is looking down, mouth closed, and appears quite solemn and focused.