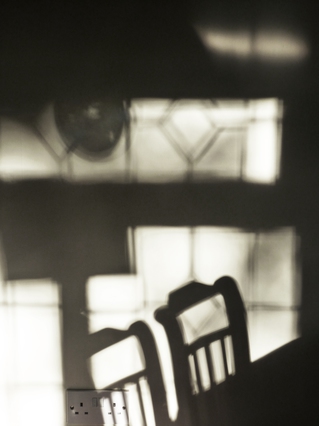 Employment and Support Allowance is a state benefit for people unable to work due to illness or impairment. Successful claimants are divided into two groups according to an arbitrary points system; in theory, the Work Group is for people who cannot work but may be able to make steps in that direction while the Support Group is for people who aren’t in a position to contemplate work. People with severe mental illness automatically qualify for the Support Group if work-related activity would be dangerous to them. Earlier this month, government Welfare Adviser Lord Freud was asked whether it was true that this criteria had been made harder for women. He replied,

“The updated guidance for healthcare professionals on the assessment of risk in claimants with a Mental Health condition was developed with input from senior psychiatrists. It differentiates between men and women in relation to suicide risk because the suicide rate in men is significantly higher than in women.”

In other words, women whose medical evidence states that they are at high risk of suicide will need to score more points than men in order to be relieved of the pressure of work-related activity.

Of course, the fact that more men commit suicide does not mean that any given woman is somehow less at risk.

The disparity between men and women’s suicide rates is both interesting and important. How great this difference is remains unclear, as the suicide of women is probably at least slightly under-reported – women tend to employ methods which can lead to ambiguity (e.g. a deliberate overdose may appear accidental) and coroners may be biased against passing a verdict of suicide on women’s deaths.

However, when I was studying psychology in the early 2000s, the fact that young men were at the greatest risk of suicide was treated as the natural state of things; a young man with too much testosterone and not enough perspective might easily see his first break up or lay off as unsurvivable. Since then, that particular generation of young men has reached middle age and yet remains at most risk – at greater risk than their sons and younger brothers. If we understood this – what makes these men so vulnerable, what’s improved for younger men and what’s working even better for women – we would be in an excellent position, as a society, to prevent more futile deaths.

But when it comes to an individual at risk, statistics are fairly useless. Half of all suicide victims die without having sought medical help; most probably have undiagnosed depression, but some suicides appear to be a spontaneous reaction to personal disaster or loss of status. Given the immensely personal nature of mental distress, it shouldn’t be the case that soap opera plot-lines can affect suicide rates or that fewer people should kill themselves in the host country during an Olympic Games. We might intuitively assume suicide would peak in mid-winter, but in fact, there are more deaths in the spring and summer.

And quite obviously, if you know someone who is very sick and has spoken about suicide, you’re never going to think, “Well, it’s nearly Christmas and the characters of Eastenders are in a good mood, so no need to worry.”

The great irony is that one factor which may put women at a lower risk of suicide is that we are not taught to take our feelings very seriously; women with mental ill health, especially, are treated as if they are not rational or reliable narrators of their own experience. This can be a perverse advantage when in the grip of truly irrational thoughts, while a confident man who believes himself governed entirely by reason is in much more danger.

Yet it is completely wrong for the government to issue guidelines which assume that women and their medical teams are somehow less trustworthy when they describe extreme risk. This is not about a slight inconvenience to women trying to claim benefits, it is about placing extremely vulnerable women in a position which may endanger their lives. There are already major problems with the way ESA claimants with mental illness are treated. In December 2014, it was revealed that the DWP had already carried out 60 reviews into suicides related to benefit problems in the previous twenty-two months.

Last week in Manchester, police officers were reprimanded for failing to protect a man who was later killed by his girlfriend. They were called to a disturbance at the house of Dawn Barr, but came away without recording that that her ex-boyfriend, David Orrett had a stab wound to his abdomen. Five days later, Barr stabbed Orret to death. Statistically, women are much more likely to be killed by a partner or former partner. Unfortunately, a man who is stabbed by his ex-girlfriend is no less likely to die.

[Image depicts the light from a window throwing the shadow of two empty chairs onto a plain wall behind them. The photograph is by me, can be found on and used under a Creative Commons licence.]