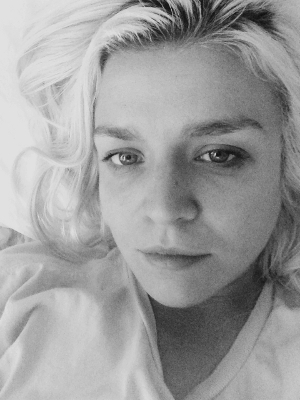 Stephanie Phillips talks to Hanna Hanra about her vision for the independent publication BEAT and her experiences as a DJ and music enthusiast.

Note from Holly: Stephanie‘s interview is my last edit for the music section, which will be left solely in Jo‘s very capable hands. Hope to see you all soon in other music-related adventures!

Whenever I walk into a newsagent’s in search for a music magazine that appeals to my wide ranging tastes, the wall of white male rock faces always leaves an overwhelming taste of disappointment in my mouth. Is it a long running joke or a seething hatred of all that is different that has resulted in the music industry’s refusal to represent the true diversity of talent in the music scene? That taste of disappointment quickly changes to proactive, forceful questioning of why isn’t there more on offer.

The usual defence thrown back at us is that music magazines that showcase more people of colour, women and trans people do not sell. Of course this is not true as we have seen through the success of independent magazines that reflect the truly diverse nature of the artists creating our culture.

One such magazine is the free arts and culture magazine, BEAT, founded by DJ, writer and editor extraordinaire, Hanna Hanra. Since its inception in late 2010, BEAT has gone on to feature artists such as Grimes, The xx, Sky Ferreira and Dev Hynes, with Hanra behind the wheel. In an era where it is hard to decipher what music magazines truly stand for, an independent, exciting magazine driven by new artists is most welcome, so I was pleased to take the opportunity to have a chat with Hanna about BEAT‘s longevity and also touch on topics such as her experiences as a DJ and her thoughts on the 1990s grrrl revival…

Black and white head and shoulders shot of a chilled out and thoughtful looking Hanna Hanra dressed in white. By Eleanor Morgan. All rights reserved.