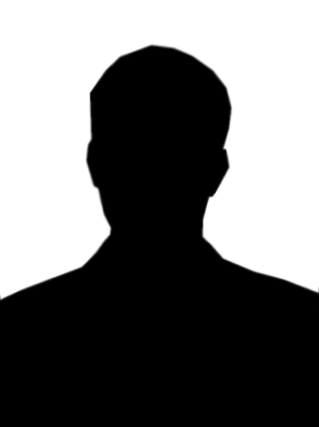 The Home Affairs Select Committee have proposed that those arrested for sexual offences should be granted anonymity until charged. This risks undoing much of the significant progress we’ve made towards increasing the reporting and conviction of rape and other sexually violent crimes.

Nobody can be in any doubt about the suffering of a person falsely accused of rape. We know all about this, because this situation is commonplace in books and films. Men are much more likely to be raped than face a rape allegation*, and yet many men seem to regard false allegation as a more realistic prospect. The idea of being a victim of injustice, of malice or misunderstanding, and having the opportunity to defend oneself with language and reason, is obviously the far more palatable threat. It certainly is for the Coalition government, who have pretty much shut down investigations into prison rape, where men make up the majority of victims.

Anonymity for rape suspects would be an obstacle to justice. It would be a direct obstacle in that it would greatly reduce the chances of multiple victims coming forward – something that can be vital in securing a conviction for historic sexual abuse. We know that the majority of rapes and sexual abuse are carried out by men who do the same thing again and again, even though victims often imagine their experience to be unique. Out of the list of famous sex offenders prosecuted in recent years, it is very likely some or most of these men would be walking free (and still on our screens and airways) if it hadn’t been for publicity surrounding their initial arrests.

Anonymity for rape suspects would get in the way of justice less directly by enforcing the belief that people are more likely to lie about rape than other crimes, though there is no shred of evidence that this is the case.

This isn’t how the Home Affairs Select Committee have framed their proposals; the idea is that allegations of sexual offences have an unique power to damage a person’s reputation. Yet, this simply doesn’t stand up; those arrested in connection with a murder where no other suspect is found or those detained on suspicion of terrorist offences may well find their employment and relationship prospects similarly destroyed. The suspicion of a fairly minor offence in someone in a position of trust and authority can have a devastating effect.

Operation Yewtree has given us a short list of very famous men who were arrested and investigated, but not charged, under the scrutiny of the national press, yet these circumstances are extraordinary. Few arrests for sexual violence cases would even lead to a photograph in a local newspaper. Meanwhile, the lasting damage is impossible to quantify; Ched Evans’ rape conviction is yet to end a very lucrative and public career.

Anonymity for rape suspects would also set up a state of false equivalence between victims and suspects.

Rape victims are not granted anonymity in order to protect their reputations, but to protect from further violence. People who have already been raped or sexually abused are much more likely to be victimised again, especially if they have already reported a crime which didn’t lead to a conviction. Following fans’ attempts to publish the name of the woman that Ched Evans raped, she has had to move home five times. This is not so that she can get on with her career and have normal relationships with people who didn’t know of her infamous experience. This is so she isn’t at an ever-present risk of physical attack.

There is no justification for granting anonymity to people suspected of any particular crime, and doing so would stop victims coming forward, as well as further undermining the position of victims of sexual violence within the criminal justice system and society at large.

If you are interested in doing so Everyday Victim Blaming have an e-mail template you can send to your MP and other relevant politicians, objecting to these proposals.

* Depending on definitions, between 1 in 6 and 1 in 33 men are subject to rape during their lifetimes.

[The image is a black silhouette on a white background of a person’s head and shoulders. The figure has short hair and a thick neck. This image was made by Wikimedia user Lakeyboy and is in the public domain.]