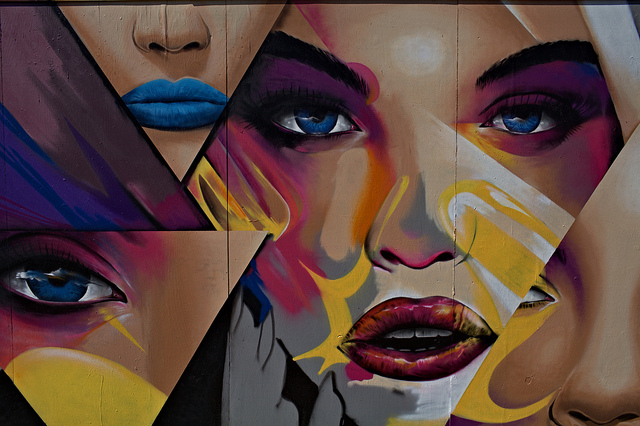 Trigger warning: in which intent and outcome are so rarely coincident

I have a massive soft spot for Neil Gaiman. Like, really massive. I won an award for an essay about him when I was 17. I grew up on Sandman, and then he was my first ever professional interview and we hung out in an absurdly expensive London hotel and drank tea and talked about the Earl of Rochester and our fictional crushes. He was genuinely lovely, including when I collapsed and ended up in hospital a year later. I am genuinely impressed and appreciative of the time and effort he puts into meeting and bonding with his fans across the world, and of his general willingness to engage on an apparently genuine warm and human level with conversations and issues ranging from the experiences of Syrian refugees to access to reading and the Comic Book Legal Defense Fund. I live roughly according to the principles laid out in his famous Make Good Art speech. I consider myself pretty irrevocably on Team Neil.

Trigger Warning, his latest volume of short stories – a form at which he generally excels – recently came out, and has been showered with praise by everyone from the New York Times to the New Statesman. People are writing serious State of the Art Form pieces about it. I’ll be reviewing it myself, for the Marylebone Journal, and probably saying a lot of nice things, because the stories are good shading to brilliant and after all that’s the point, right?

But. I can’t get past the title. I can’t enjoy the bloody book because it’s bothering me so much. I’ve been agonising over whether to write this essay for weeks, but nobody else seems to have done it and it itches inside my head worse than little bugses. It bothers me because yes, I know what he’s getting at – all the stories are intended on some level to trouble or disturb or unsettle – and I can see how if you didn’t spend a huge amount of time in the world of feminist discourse you might, just might, think ‘oh, this thing that people use to signify potentially upsetting content would be a great way to allude to the fact that all my stories have potentially upsetting content, which is a specialism of the short story form, and make a contemporary cultural debate reference at the same time!’ But even if Gaiman had that excuse – and his friendships with notable feminists like Laurie Penny and Roz Kaveney don’t quite convince me that he does – that doesn’t actually make the title’s effect any less trivialising and, well, appropriative.

The irony of all this is that I’m not really much of a fan of trigger warnings. As my good friend CN Lester points out, triggers are many and varied and unpredictable and differ vastly from individual to individual, and when it comes down to it, you can’t trigger warn for life. As an ex-anorexic, for example, although never a PTSD or OCD sufferer, I have had to learn to live in a world where diet advice is everywhere and the equivalence of ‘losing weight’ with ‘being yourself, only better’ is so culturally pervasive that I’ve got into stand-up fights with people for fat shaming online and off, all the more aggressively since as a genetically tiny person I’ve been handed a pass by the universe on that one. You absolutely can’t trigger warn for life, and these days I tend to use content notes to signal references to obviously, commonly traumatising subjects like rape and sexual assault and eating disorders and fatphobia, and otherwise basically get by on the fact that most people with triggers large or small are adept at managing their engagement with the world and mostly my audiences have some idea what my writing is likely to contain. But the fact remains that trigger warnings emerged as a concept to enable people with serious histories of trauma to navigate online spaces, as a gesture of respect towards the suffering and the psychological aftereffects of physical and emotional abuse and violation, and to repurpose it to indicate the universally troubling if individually experienced depths of the human psyche – as Gaiman’s introduction makes it clear he does – is kind of disrespectful.

It’s disrespectful of the fact that there are actually lots of people for whom trigger warnings mean being able to avoid a panic attack or flashbacks. It’s disrespectful of realities of PTSD or the psychological aftermath of sustained abuse or significant psychological or physical trauma. These things aren’t like, as Gaiman describes, encountering fearful things as an adult or as a child that ‘teach [you] things, and open [your] eyes, and if they hurt, they hurt in ways that make you think and grow and change.’ We all encounter those, and he’s right, these encounters are sometimes disturbing and horrible and echo through the years in ways that make you shudder*. But being triggered into reliving trauma, though, is a very different thing. In a way, being ‘triggered’ into a flashback or a panic attack is the very opposite – it stops you from thinking and growing and changing, it traps you in a mental and sometimes physical place you have often struggled for years to emerge from, and to equate the two displays a lack of understanding of the psychological realities that I found…deeply sad.

I don’t know whether Gaiman has a history of rape or trauma or PTSD. It might change my feeling somewhat if I knew he did.

For what it’s worth, I also agree with him that fiction isn’t and shouldn’t be a safe place. Fiction is where I and he and many millions of others go to explore the world and human nature and the dark depths of ourselves and what in Powers of Horror Julia Kristeva calls the abject. But that’s not the same as trauma triggers, it’s not a specific psycho-physiological response that shuts down normal functioning.

I think maybe the thing that bothers me the most is that calling the book Trigger Warning says to people who feel they need trigger warnings or are triggerable that this book isn’t for you, it’s for people who don’t share your psychological experiences, who can use the concept of trigger warnings as an abstract concept or an allusion or a metaphor for the horrors of the human unconscious because they don’t live with the risk of being forced back into agony and terror and physical collapse. It says to people with histories of trauma that maybe they – we? – don’t belong in the club, because we think trigger warnings are to be taken seriously and literally and aren’t necessarily metaphorical. Even if there aren’t many such people on the scale of things, because most of us have evolved means of coping, it’s still important to respect the possibility that for some people trigger warnings actually mean something real.

Calling the book Trigger Warning feels uncomfortably close to punching down the privilege axis, rather than up – a rich, successful, able-bodied white man appropriating the language of oppression and trauma for his own cultural ends – and surely, surely, a writer of Gaiman’s calibre could have come up with something better?

*I am still haunted by a rape scene at the end of a book about Japanese sex workers during WW2 despite the fact that I’ve forgotten everything but that scene and the cover.

Thanks Peter Samow for the photo called “Parts of a Woman”. The photo is of a painting divided up in triangles with different parts of a woman. The main triangle shows her face.