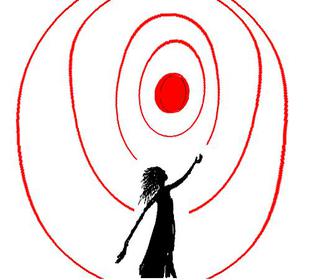 Hello and welcome to another weekly round-up and open thread. Please read, absorb and enjoy this collection of interesting links from the past week and feel free to discuss in the comments section, or add your own link suggestions.

Every article linked to is well worth a read but particular favourites of mine this week include the fascinating discussion piece on China File regarding the deplorable criminal detention of five feminist activists in China, as well as the lovely article on The Guardian about “godmother of rock’n’roll” Sister Rosetta Tharpe – I will definitely be setting aside some time to watch the BBC Four documentary about her life later on (and if you’re interested, you’ll find the link to it alongside the article below).

Please remember that linking does not automatically mean endorsement/agreement and some links may be triggering.

From the article: “Society has an incredible knack for making people who face inequality feel alone. Women who speak up about sexism are told they need to get a sense of humour. Women who protest about workplace discrimination are accused of rocking the boat. Women who’ve been sexually assaulted are told they must have been asking for it. The past few years have shown me how many people experience injustice in silence, each made to feel they don’t have the right to speak up. But the more women speak out and stand up, the harder it is to silence us.”

‘Schoolboys should tell girls their idea of a perfect woman,’ says expert (The Telegraph)

You can read a response to this article by D H Kelly on The F-Word blog here.

How Do You Feel When You See Yourself in a Photo? (Bitch Magazine)

From the article: “For over 20 years, artist Jennifer Bermon has been getting women to look at themselves. Since 1993, Bermon has taken black-and-white photos of women and asked them to write about the way they look in the photo.”

How to be a bad girl (Hint: All you need is boobs) (Bust)

From the article: “This past weekend, Ashley Judd, actress, feminist, and Kentucky basketball fan, made a comment on Twitter about how her team’s opponent was “playing dirty & can kiss my team’s free throw making a–.” For this minor bit of shit-talking, hardly out of the norm within the craze of March Madness, she was – surprise, surprise – inundated with a barrage of misogynistic tweets.”

Sister Rosetta Tharpe: the godmother of rock’n’roll (The Guardian)

From the article: “She could outplay Chuck. She could outsing Aretha. And she influenced everyone from Elvis to Rod.” You can check out the BBC Four documentary The Godmother of Rock & Roll here.

Should Batgirl Be Cured? An in-depth look at how pop culture deals with disabilities – and how literature, comics, and film could definitely do better (Bitch Magazine)

As a Muslim woman, I see the veil as a rejection of progressive values (The Guardian CiF)

From the article: “This article will divide people. Women I respect and like wear hijabs and jilbabs to articulate their faith and identity. Others do so to follow their dreams, to go into higher education or jobs. And an increasing number are making a political statement. I am not assuming that the coverings all represent simple oppression. What I am saying is that many women who take up the veil, in any of its forms, do so without delving fully into its implications, significance or history.”

The picture is by Romuald Bokej and is used under a creative commons licence. It depicts a black “stick figure” woman with long hair reaching towards a red sun. The sun is giving off beams which appear as red circles radiating out towards the woman’s outstretched hand.