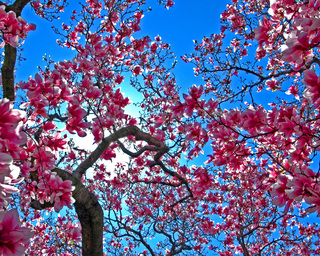 Another week has been and gone and it’s time again for our weekly round-up and open thread. We’ve found loads of interesting links this time around and hope you enjoy reading through them – as ever, if you have any thoughts to share on any of the articles, or if there’s another article you’ve enjoyed reading this week that we haven’t mentioned, please feel free to discuss in the comments section below.

Personal highlights for me this time include the fascinating essay on the artistic representation of Edo-period Japanese courtesans by Lisa Hill on Ms.blog, as well as Stavvers’ piece on JK Rowling and her depiction of gay characters in the Harry Potter series. All the links listed are very deserving of a read though!

Please remember that linking does not automatically mean agreement/endorsement from The F-Word. Some of the links may also be triggering.

The biggest threat to feminism? It’s not just the patriarchy (The Guardian CiF)

From the article: “The obvious threats to feminism today are the same as they have always been, the main ones being the existence of patriarchy and the backlash from that system when it hits out against any challenges to its continuation. However, there are more insidious and less obvious threats. These dangers hide in plain sight, and come partly in the form of a version of feminism known as ‘choice feminism’.”

Should it be illegal to pay for sex? Panel verdict (The Guardian)

A panel made up of Laura Lee, Julie Bindel, Margaret Corvid and Rahila Gupta discuss a new law passed in Northern Ireland that makes it illegal for consenting adults to pay for sex.

EDM Has a Problem with Women, and It’s Getting Worse (Pitchfork)

From the article: “Skrillex keeps putting butts in my Twitter feed. One butt, actually – a woman’s, clad in tight, fuchsia bikini bottoms.”

From the article: “I made a pledge at the beginning of 2015. This year, I’m only reading books by women.”

As migrants we leave home in search of a future, but we lose the past (The Guardian)

From the article: “Migration involves loss. Even when you’re privileged, as I am, and move of your own free will, as I did, you feel it. Migrants, almost by definition, move with the future in mind. But their journeys inevitably involve excising part of their past.”

Monica Lewinsky Is Back, but This Time It’s on Her Terms (New York Times)

Who took the sex out of the sexual revolution? (The Guardian CiF)

Zoe Williams discusses feminism and monogamy in relation the Robin Rinaldi’s new book, The Wild Oats Project, in which the author documents her trial of an ‘open marriage’.

Angelina Jolie documents her surgery after the decision to have her ovaries removed as preventative cancer treatment.

From the article: “Rowling has been in the media eating the plates of cookies handed to her over her dealing with a fan who said they couldn’t see Dumbledore as gay. Her response? A variant on the old “gay people are just people” trope. While on the surface this is true, it’s often a cop-out for hetero authors who completely failed to pull off writing a queer character.”

The Unbearable Whiteness of Indie (Pitchfork)

From the article: “In indie rock, white is the norm. While indie rock and the DIY underground, historically, have been proud to disassociate themselves from popular culture, there is no divorcing a predominantly white scene from systemic ideals ingrained in white Western culture.”

Women Making Choices Is Not a Threat to Feminism (Fat & Mad)

This a response piece to Finn Mackay’s article on “choice feminism”, which we have linked to above (first link that appears after introduction).

Why does Jeremy Clarkson get me so angry? (Sturdy Blog)

From the article: “Parts of the British media who have linked Lubitz’s mental health problems to his actions are being accused of being ‘overly simplistic’.”

Sex and Suffering: The Tragic Life of the Japanese Courtesan (Ms.)

From the article: “Unfortunately, no true records of the Edo-Period prostitutes’ personal thoughts and experiences exists – and with good reason. Publicizing the dark side of the pleasure district would have been bad for business.”

From the article: “Disturbed? Yes. Mentally ill? Probably. A troubled outcast? Of course. But ‘terrorist’? That term is reserved for a special type of person, someone with brown skin, a foreign-sounding name, roots in the Middle East or North Africa and a progressively anti-Western Internet history – probably typed in Arabic.”

In this essay, Maggie McNeill discusses how sex workers are being used as ‘guinea pigs’ for another kind of oppression.

From the article: “Tired of seeing sex workers spoken for and stigmatized in the media, $pread’s mission, says former executive editor Eliyanna Kaiser, was to create a platform for sex workers to speak for themselves.”

The photo is by Ben and is used under creative commons license. It depicts pink cherry blossom trees, beautifully in bloom and reaching up towards a very clear blue sky.