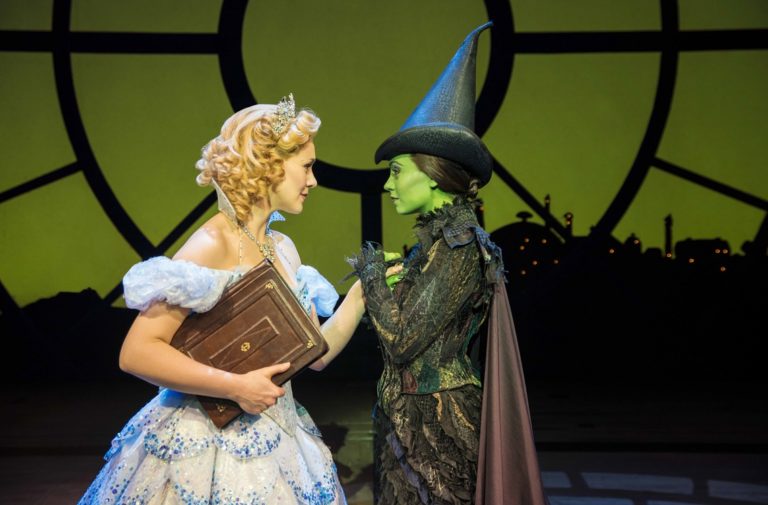 Wicked, running in the West End since 2006, is a reimagining of L. Frank Baum’s The Wonderful Wizard of Oz, telling the backstory of the two witches that Dorothy encounters. Is it a feminist reimagining?

The original story (which admittedly I know best through the 1939 film) actually has a lot going for it, considering that it was written over a century ago. Most importantly, its protagonist is a girl who leads the story and actually has an adventure. Somewhat nuanced presentation of witches allows for the fairly novel idea that a witch, in the vast majority of cases a woman, can be a positive character. The story isn’t founded on love interests or entanglements that so often underlie plots led by women. And there’s the pretty subversive discovery that the all-powerful Wizard of Oz is just a man behind a curtain – bringing with it intriguing undertones questioning authority.

Still, despite featuring both good and bad witches, the clarification is given in the film that “only bad witches are ugly”. From what I knew of Wicked before seeing it a few days ago, I wondered if the musical would progress from here. With the Wicked Witch of the West taking centre stage, there was much promise of a show that would give a subtler viewpoint. Ultimately, I think the musical fails to do this.

It’s not that it doesn’t seem to be trying. Elphaba (the name given to the Wicked Witch, played by Emma Hatton) is an outsider, which is made clear by the rather laboured reactions of repulsion from the chorus throughout the opening scenes. She was born with green skin, an anomaly in Oz, and one which nobody seems prepared to look beyond. Her story is initially mainly about the experience of being different, potentially a rich and thought-provoking theme. However, Elphaba’s experiences of difference don’t really mirror the more egregious prejudices of our world, limited mainly to painful but quite short-lived social exclusion at university. She actually has a lot of advantages, being the daughter of the governor of Oz (albeit not the favourite child) and displaying a talent for magic that fast tracks her into a coveted position as a sorcery tutee. 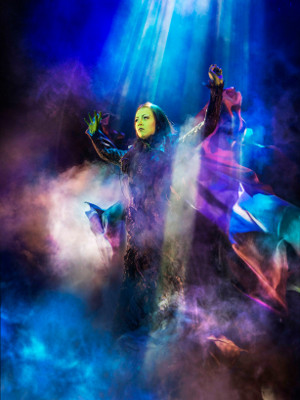 As far as Elphaba’s troubles go, she’s much more like an awkward teenager than a person enduring systematic or structural discrimination and prejudice. Her social woes are vanquished when she is embraced by the popular Glinda (normally played by Savannah Stevenson but performed by Sophie Linder-Lee when I saw the show). The makeover scene, which entails the taking off of glasses and letting down of long hair beloved of the teen movies of the early 2000s, appears to be played straight, with no sense of parody; following this transformation, Elphaba fits in just fine among her peers.

What really makes the focus on Elphaba’s woes grate is the fact that there is a genuinely troubled group included in the storyline. Animals in Oz can speak and, apart from their looks, they perform the same functions as humans, such as Dr Dillamond (Philip Childs), a goat who lectures at the university attended by Elphaba and Glinda. For somewhat specious reasons, the Animals start to have their rights taken away – they are removed from their jobs, kept in captivity and discouraged from learning speech. Their situation is intense and harrowing; witnessing Dr Dillamond’s removal from his classroom is one of the more impactful moments of the show.

This is what makes Elphaba’s privilege really noticeable. She is a champion of the Animals, supporting them and trying to question their treatment. Yet they barely feature except as a cause to showcase Elphaba’s qualities. It’s unclear whether she even is a particularly fantastic ally. At one point when she travels to Emerald City, supposedly to free some Animals, her motives are questioned, suggesting that she is actually returning to see the love interest Fiyero (Jeremy Taylor) – an allegation never denied. We also see her snapping at a flying monkey, who she is treating as a servant. While at the start of Wicked Elphaba’s passion for Animal rights makes her a character worth some respect, by the end it’s clear her interests are diverted, and the Animals are discarded as plot fodder.

Wicked is attempting to present a story that focuses on women, subverts expectations and propounds equality and fairness

Much the same is true of Nessarose (Katie Rowley Jones), Elphaba’s not-green sister. Nessarose uses a wheelchair, which at first I thought might suggest the musical was taking a refreshing approach to representing people with disabilities requiring the use of mobility aids. However, with a sad inevitability, this too is a method to showcase Elphaba, who assists her sister, and therefore once again becomes the star in somebody else’s story. Beyond this, I found Nessarose’s storyline distasteful – she is very much portrayed as victim and is wholly defined by her wheelchair. It is not an empowering narrative.

On top of the disappointing ways in which Wicked deals with the themes of difference, it is also frustrating to see Fiyero occupying the clichéd role of love interest. He is a key motivation for both Elphaba and Glinda, who go as far as to have a hair-pulling fight over him. Never mind that he’s bland. Never mind that he’s seemingly blameless for getting between the friends, despite leading both of them on. This is what counts as inspiration – ladies, form a queue.

True, Wicked is far from a feminist idyll, but let’s take it in context. How does it compare to the other West End musicals that are seen by millions over the course of their runs? Is it any better? Well – yes. The majority of them have overwhelmingly male casts, using women as love interests, either as an aside or to give the men something to be inspired by. From Les Misérables to The Lion King, the primary female characters exist as foils to the masculine adventure. The same old-fashioned plots appear in different guises, normally cloaked by great, catchy songs and exciting dance routines. At least Wicked is attempting to present a story that focuses on women, subverts expectations and propounds equality and fairness. Compared with what else is out there, it’s one of the least regressive – and while that’s not a ringing endorsement, it can give us some hope that one day we’ll have more West End musicals that reach the dizzy levels of progressiveness achieved by Baum in 1900.

Wicked is showing at Apollo Victoria Theatre in London and is currently booking for performances until 30 April 2016.

Images are by Matt Crocket and are used with permission. They are all taken from the current London production of Wicked.

Image 1: Glinda (Savannah Stevenson) and Elphaba (Emma Hatton) face each other, Elphaba clasping one of Glinda’s hands to her chest. Elphaba has green skin and wears typical witch regalia – pointy black hat, black dress, a cloak. Glinda appears to be a white woman and in her other hand holds an old, important-looking brown book. She wears a white puffy dress. The background is green with a black silhouette of a window and a city.

Image 2: Elphaba stands defiantly, her hands held out above her head as smoke and her cloak billow around her.

Image 3: Glinda smiles gleefully, holding an ostentatious wand, her hand held out as bubbles surround her.

Megan Stodel will get you and your little dog too