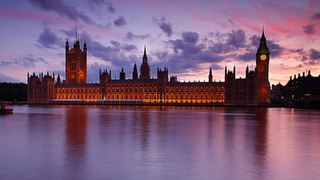 Has the LibCon coalition kept its promises to women?

This is a guest post by Freya Pascall. Freya works in political monitoring and research having previously been found in both the House of Commons and central Government. Follow her @freyapascall

Parliament has dissolved and the election campaign has begun in earnest. With this week’s publication of the major parties’ manifestos, how much can we truly expect the promises therein to be kept?

Coalitions and compromises seem all but inevitable given current polling, so it seems apt to take a look back at 2010’s manifesto crop to see what was pledged and what was actually achieved by the Coalition partners. All manifesto commitments will affect women in one way or another, but I’ll be looking at some of those with particular implications for women.

As one might expect, the Conservative Manifesto wasn’t dripping in feminist action points, but the party did make a number of promises. The Liberal Democrat manifesto pledged to do much more. However, as the experienced older brother of the Coalition, perhaps the Conservatives knew better than to make specific promises and instead remained vague in order that they could be seen to over-deliver.

Pay audits did not materialise in a strong enough form until the LibDems pushed them through as an amendment to the Small Business, Enterprise and Employment Bill, which just passed before the dissolution of Parliament. As a result of this it should become mandatory for companies employing over 250 employees to publish average pay for men and women in the same role in the next 12 months.

From just this month (5th April) parental leave can now be shared, following the successful passage of the Children and Families Act through Parliament in the 2013/14 session.

That’s not all. Under this Government, all employees who have worked for the same employer for at least 26 weeks have gained the right to request flexible working. How often this request will be granted is not clear and one might expect that certain industries will be much more reticent to embrace such changes. However, the establishment of a statutory right is an important step.

Sadly it never made it to the Coalition Agreement, but the specific LibDem commitment to addressing body image was impressive. There is still no regulation of airbrushing in the UK; the Advertising Standards Agency can only ban ‘misleading’ adverts. However, it’s not as if there has been no action in this area over the last five years. LibDem Minister Jo Swinson has led on the Government’s body confidence campaign, which has helped to raise awareness, particularly encouraging more discussion of the subject in schools.

In terms of the implementation of this policy, the FTSE100 now all have at least one woman on their board, with Business Secretary Vince Cable instantly announcing a target to work to the FTSE250 replicating this as soon as it was achieved in Autumn 2014. It’s not equal representation in senior management for women across the country, but it marks some progress from the dire starting point and will start to change company culture from the top.

Achieved? To some extent…

As Foreign Secretary for a long stretch of this Government, Conservative William Hague held the promotion of the rights of women and girls internationally as a personal priority. Despite the sarcastic comments about his motivations being influenced by getting to hang out with Angelina Jolie, he has done more to bring a number of issues, particularly violence against women, to the fore than many of his predecessors. It’s hard to place a value in terms of achievement in this area, but it is a manifesto promise that has not been relegated to the backbenches.

This is no exhaustive evaluation of 2010’s promises, but it does demonstrate how the smorgasbord of pledges might actually translate to the real world. The vaguer Conservative manifesto pledges may have been more extensively achieved. Yet, though they did not achieve everything they set out to, the more ambitious commitments of the LibDems pushed the agenda forward. As the parties set out their stalls over the next few days, perhaps it’s wiser not to ask exactly what they are pledging but where their ambition lies.

The photo is by Eric Hossinger and shows the Houses of Parliament at dusk reflected on the River Thames.