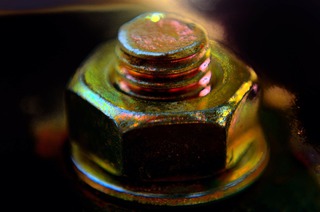 How can we change the status of our nipples?

The "Free The Nipple" campaign seeks to change our culture’s anxiety about women’s nipples. D H Kelly asks whether this is possible and how we might go about it

When early hominids first began to walk on their hind legs, they found themselves in a permanent state of sexual display. Other people found this sight variously arousing, intimidating or comical and thus, these pioneering upright hominids headed for the nearest fig tree. Since then, all human cultures have wrestled with the boundaries of modesty with wildly varying outcomes. The penis remains a very rare sight in modern Western culture, while the streets of Roman Pompeii are festooned with sculpted penises, the Tudors wore codpieces to draw attention to their cods and many tribesmen of New Guinea wear large and elaborate koteka to similar visual effect.

While the Archaic Greeks rarely depicted fully-dressed men and never depicted naked mortal women, representation of bodies in modern Britain is almost the reverse. Naked female flesh is far more common in the images around us. Formal dress exposes men’s hands, necks and heads, but allows (arguably obliges) women to expose much more. When there’s talk of nudity in film and television shows, it’s almost certainly about the bottoms, thighs and breasts of young, slim, able-bodied, cisgender, predominantly white women.

Then there’s nipples. There are parts of the world where women go about their daily business bare-breasted and there are great swathes of Europe where breasts cause little anxiety, where bare nipples feature on TV soap adverts in the middle of the day and women sunbathe topless in public spaces.

Yet in the UK, we have a perverse situation where it is very easy to see most of a woman’s breasts in a showbiz magazine or newspaper, on a billboard, in a music video or in the queue outside a nightclub, but naked female nipples are reserved for pornography and Page 3. Since the inception of the Free The Nipple campaign, newspapers have delighted in posting pictures of attractive bare-breasted young women with tiny black squares or strips across their areolae, yet public breast-feeding remains a subject of perennial controversy and a television presenter wearing a sheer top makes headlines as a “wardrobe malfunction“.

It is completely unclear whether women’s breasts are inherently more sexual or sexually arousing than men’s. We just can’t know. In this particular culture, men are conditioned to fixate on breasts, while virtuous women aren’t supposed to be particularly interested in men’s bodies. Yet quite obviously, men’s chests are potentially very sexual. Their nipples are made of the same materials, contain as many nerves and react to stimulation in a similar way. Meanwhile, it’s no accident that last week, the BBC News contrived an article about scything simply in order to use a photograph of the naked torso of the actor Aiden Turner, being made-up for a scene in Poldark. In our culture’s rare and thus iconic depictions of straight female lust, men’s nipples are prominent; various Levis ads, Diet Pepsi ads, D’Arcy emerging from the pond and so forth.

Yet because they are not seen as primarily sexual, naked male nipples are most often found in contexts designed to appeal to men; on sportsmen and action-movie heroes. Although women’s magazines often feature very nearly naked women (with bikini bodies), nipples are only an aesthetic problem to be solved; are your nipples visible through clothing? Perhaps they don’t stick out quite enough?

Which brings us around to why all this matters. Ideas of modesty and beauty are used throughout the world to control women and in the West, these ideas pull women in two directions: women who cover up too much are frumpy, prudish or, in the case of some cultural dress, oppressed, while women who reveal too much (or simply have the wrong kinds of bodies) are inappropriate, offensive or disgusting. We need less of both these things; we need to create a culture where women’s bodies are not seen always as sexual objects. Treating nipples as problematic because of the gender of their owner is ridiculous – as Parker Malloy describes, a trans woman can find that the way her nipples are regarded change radically through the very simple process of breast growth.

However, context is everything. Last year, I learned what those first early hominids may have felt like when their friends stood up, as my Twitter stream briefly became a deluge of naked pictures of people I vaguely knew as part of a spontaneous campaign to desexualise nudity. It was arousing, intimidating and comical, but mostly very uncomfortable. The human body is one of the most interesting and beautiful aesthetic subjects, but the image of someone’s naked body is much like explicit information about their sexual exploits – there’s nothing offensive about a naked body or a sexually explicit story, but to share those things with someone without warning or any chance to withdraw is a minor act of sexual aggression.

Thus, if we are to change our culture, we must proceed with caution. The sight of conventionally attractive young women flashing unsuspecting strangers, in public or on social media, only reinforces the current discomforting status of our nipples.

[Image is a photograph of a brass bolt fixed through a brass nut and washer. The photograph can be found on Pixabay and is in the public domain.]