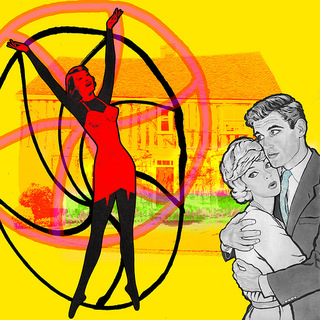 As usual, linking does not automatically mean agreement/endorsement from The F-Word and some links may be triggering.

From the article: “Hillary Clinton isn’t a champion of women’s rights. She’s the embodiment of corporate feminism.”

You can read Amelia Handy’s recent F-Word review of the BBC documentary Hillary Clinton: The Power of Women HERE.

For Homeless Women, Periods Really Are That Dreaded Time Of The Month (Huffington Post)

From the article: “Has UKIP finally received the message that it needs to work harder to win the women’s vote? Well, maybe. But women, beware. A closer look at each policy reveals that all is not quite as it might seem.”

So you’ve been publicly scapegoated: why we must speak out on public call-out culture (Feministing)

From the article: “The publication of Jon Ronson’s So You’ve Been Publicly Shamed is the culmination of a recent trend: people of means and privilege engaged in well-remunerated shallow handwringing about “public shaming,” particularly through social media.”

From the article: “I was first introduced to Kathleen Hanna via Rock Band. Rebel Girl by Bikini Kill was my go-to song long before I knew anything about feminism or the riot grrrl movement. I hate to admit it, but prior to college I assumed feminism was about hating men and I generally avoided it.”

How Can You Tell if You’re Being Sexually Empowered or Objectified? Ask Yourself This Simple Question (Everyday Feminism)

From the article: “There’s a long-standing debate in feminism about sexual empowerment: How do we know when someone is being sexually liberated versus being sexually objectified, since they sometimes can look similar from the outside? Well, the answer is simpler than you think …”

From the article: “George Galloway has played politics with the experience of survivors of forced marriage. At a public hustings event in his Bradford West constituency, he questioned whether Naz Shah, the Labour candidate, is a survivor of a forced marriage. Shah has spoken openly about her experiences, which included being emotionally blackmailed by her mother and the abusive nature of the marriage.”

From the article: “There are some legendary England captains in the National Football Museum’s Hall of Fame: Bobby Moore, Bryan Robson, David Beckham, Tony Adams, Alan Shearer to name but five. This year they’re joined by another – Faye White”

The author of this piece, Carrie Dunn, has previously written for The F-Word. You can read more of her work HERE.

‘They,’ the Singular Pronoun, Gets Popular (The Wall Street Journal)

From the article: “Could English find its own equivalent to Swedish “hen”? Dozens of gender-neutral pronouns have been put forth over the years, including “thon,” “xe” and “ze,” but all have failed to catch fire.”

We Need to Talk About Sexual Harassment in Nightclubs (Mixmag)

From the article: “Misogyny, sexism and chauvinism are still entrenched and ignored (often by women, too) in everyday life. But as ravers proud of dance music’s decades-old sense of freedom and equality, we should all be embarrassed by the low standards we’ve come to expect – and ashamed of the disgusting behavior we’re turning a blind eye to.”

The picture depicts a scene on a vibrant yellow background. In the foreground is a couple (a man and woman) in black and white, clinging to each other. Their expressions convey shock and concern. To their left is a woman in red and black. She is reaching her hands up to the sky and is stood with her legs wide apart, feet almost leaving the ground, in a pose that seems to suggest power and freedom. Behind her is a house coloured in red, with one green stripe across the bottom. She is surrounded by two circles with spokes – one red and one black. They further serve to give the impression of the power and energy emanating from her.