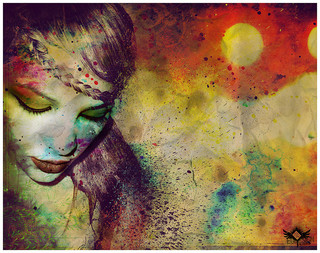 Editor’s note: Alicia Rodriguez is our May guest blogger. Alicia writes about art and makes art about objects. She lives and works in Norwich, UK where she also co-edits Ube a contemporary art and writing zine. She can be found on twitter. (JT)

How do I address work as a feminist concern? Failure? Tiredness? Bad jobs? With a Fine Art degree behind me, I have worked for a few soulless corporations now, mostly retail, temporary jobs. I visit shows on my days off, read theory on my lunch breaks, paint in the evenings. I balanced the unpaid gallery work – what a great opportunity! – with the paid retail job, until I couldn’t any longer.

In my research for this blog post I came across a recent article by Brigid Schulte, which investigates a feminist approach to working:

“I read feminist leisure research … that found women around the globe felt that they didn’t deserve leisure time. It felt too selfish. Instead, they felt they had to earn time to themselves by getting to the end of a very long To Do list. Which, let’s face it, never ends.” (1)

Although Schulte is not discussing contemporary art in her piece, the issues that she deals with here are somewhat universal. She alludes to a prescribed sense of responsibility and obligation learnt from “1950s-era black and white movies” (2) that kicked in largely when she had her first child. The problem perpetuates because it is so deeply ingrained, founded within the beginnings of a capitalist society, which in turn is built upon the degradation of the working class and of women.

Time, as the title of Schulte’s post suggests, is a feminist issue. So, as an artist, is maintaining a ‘practice’, supporting myself financially and gaining an education by whatever means necessary.

In a 2013 ‘Art Audit’, the East London Fawcett Society found that 31% of artists represented by London galleries identified as female. The percentage of female Fine Art undergraduates at the time, comparably, totalled 61.7, worth noting even two years on. I graduated from a BA Fine Art degree in 2013, and the ELF’s results allowed me to confront some concerns that I had long suspected but neglected to address: that, in the foreseeable future at least, my status as an artist will always be preceded by my gender.

Arguably, this is once again behaviour that shapes us from an early age, as Eileen Myles suggests in her piece, reprinted by The Chapess in 2014, Being Female, “…a woman is someone who grew up observing that a whole lot more was being imagined by everyone for her brother and the boys around her at school. If she’s a talented artist she’s told that she could probably teach art to children when she grows up and then she hears the boy who’s good in art get told by the same teacher that one day he could grow up to be a commercial artist.” (3)

The struggle to be taken seriously as a ‘female artist’, when my male counterpart is simply ‘an artist’ – the male being the normal, known, default mode – is the vicious undercurrent of an otherwise progressive and liberal area of work. In a recent conversation with a friend regarding open submissions to a group show, he challenged the gender bias with the idea that more women should have submitted in the first place. Conversely, I wondered why they felt they could not; concluding that, as in many instances of privilege, they do not feel it is for them. This discussion, admittedly, did not even begin to deal with those artists outside of this restrictive gender binary.

Is art a job? When I tell people that I have a studio, for example, their first response is to question whether I make money from making art. This feels like a huge misunderstanding of value and success, those capitalist ethics again, as if ‘value’ is equal to financial rewards. I make a living by selling luxury bathroom furniture in a high street store, but it is the evenings I spend painting pictures of rocks, or writing disjointed fragments of text like this one that motivate me.

(1) Brigid Schulte: Why time is a feminist issue

(2) Brigid Schulte: Why time is a feminist issue

The image above is a colourful image of a woman with many splashes of colour. The woman has a braid across her forehead and is looking down, not making eye contact with the viewer.

Thanks Emilio Garcia for the for the image!