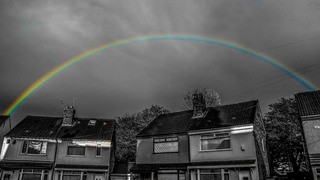 It’s been a mixed week in terms of news – the good news being that Ireland voted for gay marriage in the referendum, the bad news being that Serbia’s amazing body-positive song didn’t win Eurovision!

Fear not, there’s nothing on Eurovision in this week’s round-up, but you can find an interesting piece on the referendum from New Statesman. If you’d like to comment on one of issues covered or share another article that we haven’t included, feel free to get involved in the comments section below or on Facebook/Twitter.

Bank of England wants an artist for £20 note (BBC News)

Is voting yes to same-sex marriage the first step towards a more progressive Ireland? (New Statesman)

Rape in Westeros: What “Game of Thrones” could learn from “Mad Max: Fury Road” (Salon)

The toy industry shuts out children with disabilities. We want to change that (The Guardian CiF)

Taylor Swift: ‘Misogyny is ingrained in people from the time they are born’ (The Guardian)

In awe of Emma Sulkowicz, who carried her mattress during her Columbia graduation (Hello Giggles)

No, feminism is not about choice (The Conversation)

What happens to head girls? (The Observer)

Putting Femojis On IPhones Is Like Putting Women On Money: MAJORLY Important (Bust)

Broken Ends: When People Won’t Take No For An Answer When It Comes To Touching Your Hair (Black Girl Dangerous)

Maggie Gyllenhaal: At 37 I was ‘too old’ for role opposite 55-year-old man (The Guardian)

The photograph is used under a creative commons license with thanks to Beverley Goodwin. It is a black and white image showing three houses set against a very grey looking sky. However, there is a rainbow above the houses, which is depicted in colour.