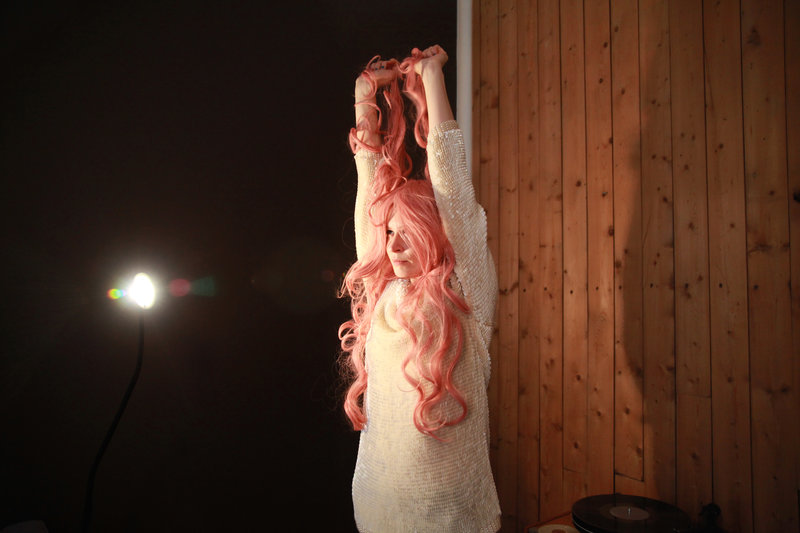 In this sense, Hval’s music is progressive; she defies straightforward songwriting in favour of theoretical lyricism. Naturally, the combination works; alongside her musical ventures, Hval is a published academic and novelist. Her scope is exhibited in new release, Apocalypse, Girl. Not to be digested in one listen, this album bears a slow-burning soundscape and sinewy ideas. The most notable of these concepts is female sexuality. Apocalypse, Girl searches for the final destruction of carnal repression, finding inspiration in FKA Twigs and Bjork along the way.

“Think big, girl, like a king, think kingsize”: the album’s opening track ‘Kingsize’ is chiefly spoken word, beginning with a quote from Danish poet Mette Moestrup. Hval throws the listener into her conceptual abyss with nothing but sparse organ chords and the sound of creaking wood. A captivating start to the album, the track establishes Apocalypse, Girl‘s thematic tenets. The complex anxieties of social isolation are addressed by audiobook-friendly speech: “In New York I don’t dream… I see no future,” Hval breathes. A one-woman poetry slam, ‘Kingsize’ also incorporates themes of forced domesticity, repressed female sexuality and motherhood.

The team triumphs in ‘Heaven’ and ‘White Underground’. Throughout both, Hval continues to speak her truths. This time, however, her vocals are a dense, hallucinating soundscape. ‘White Underground’ is haunted by space-age vs. Gregorian female harmonies. Hval’s soaring vocals also drown out infrequent male ones. Fitting, no?

‘White Underground’ exists somewhere between sleep and consciousness; a place between fiction and the realities of everyday feminism. In a welcome reinstatement of such realism, Hval offers ‘That Battle is Over’. A brilliant retort to the “women are so much better off now!” squad, the track depicts widespread female experiences:

Hval’s surly vocals are heightened by a chilled-out, trip hop beat, which bears the unmistakable hallmarks of Øystein Moen.

By seeking out male producers such as Moen, Hval doesn’t limit herself to a female perspective, however. In her far-reaching examination of gender inequality, she also examines her male counterparts. ‘The Battle Is Over’ ironically references John Lennon and Yoko Ono’s ‘Happy Xmas (War is Over)’. Building upon the “soft dick rock” of ‘Kingsize’, Hval queries the social power of the supposedly domineering male musician.

Feminist thinking such as this pervades the record. Despite its recurrence, Apocalypse, Girl is not solely a feminist album. With debate about socialism and scientific agendas, Hval’s theories span all genders. That’s not to say that Apocalypse, Girl is not a concept album. Inequality and autonomy are explored through all components of the album. Thus, it’s a shame that despite this bond, Apocalypse, Girl drifts in some of its experiments. Towards its close, Hval reaches a plateau. The 10 minute finale, ‘Holy Land’, seems to float aimlessly, while its predecessor provides little transgression.

Fortunately, Apocalypse, Girl mostly charms with variation and volatility. Unprecedented 1980s house beats clash with delicate harp arrangements and wayward moans meet note-perfect melodies. Hval is startling and dissonant, but in being so finds a brilliant niche. She’s a potty-mouthed Kate Bush, a concise Judith Butler and a beat-driven Joanna Newsom. Apocalypse, Girl is definitely worth a listen. Make that several listens, in fact, provided you don’t object to the triumphant, repeated use of the word ‘cunt’.

The image shows Jenny Hval dressed in a long-sleeved white, shimmery dress, arms stretched high above her head. She wears a long, pink curly wig and stands in front of a wood-panelled wall, with shadow behind her and darkness to the left of her, broken by a single white light. Image used with kind permission from Stereo Sanctity.

Apocalypse, Girl is out now on Sacred Bones records.