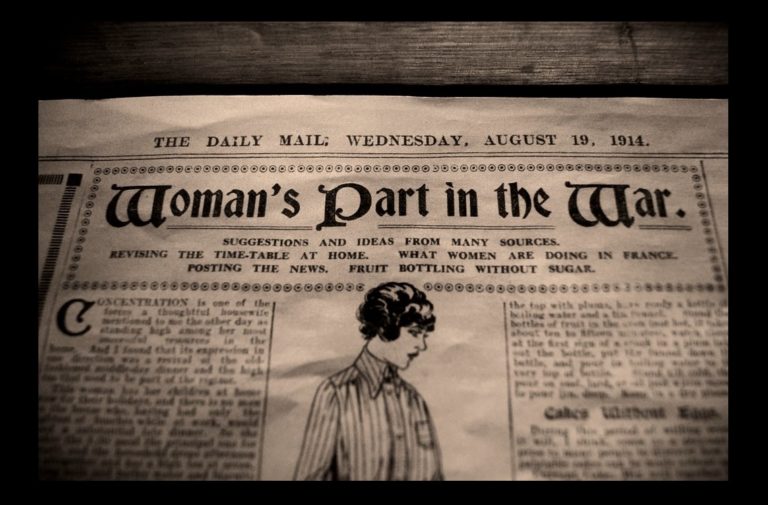 Content warning: the review discusses themes of rape and sexual violence and contains links to sites that do the same.

The Lonely Soldier Monologues is a verbatim production presenting the lives of seven women who joined the US military and served in Iraq and Afghanistan. The monologues offer insight into why each woman enlisted, what they experienced and endured while at war and how these experiences continued to affect them when they returned to civilian life. The stories are from real women; only their names are changed.

The theatre is stripped back and bare, with nothing more than lighting to enhance the performance. When I first walked in and took my place in the audience, I was apprehensive as to how seven people’s monologues could keep my focus throughout the evening. I need not have worried: director Prav Menon-Johansson had it covered.

Each woman takes turns telling a section of her monologue, with some parts performed by the others while the current woman speaks. There are also sound effects and the occasional recording of a man’s voice, so there is more to it than simply seven delivered speeches. The lighting is simple, mostly with a spotlight on the performer, but sometimes going red to create the atmosphere of a violent moment at war. I don’t think it matters that few theatrical effects are used, however, because what truly overwhelms the audience is each of the compelling stories.

The production claims to explore “universal issues of women living and working in a male dominated world”; the constant nature of harassment and objectification will stand out to many

In the final sections of the seven monologues, when the women speak of their lives back home as civilians after returning from the war, the lighting shines straight down on them from above. Whether intentional or not, the result of this is that when the women lift their arms the shadows below sometimes look like guns. This simple effect is eerie and compelling, indicating the overshadowing horrors the women continue to carry with them.

I have never given much thought to why people, men and women, join the armed forces. In the back of my mind I think there was an assumption that most people who enlist don’t have many other choices available to them. This initial introduction to each woman was therefore immediately fascinating. Some women had limited choices, but some women chose to follow in the footsteps of their fathers or for the pride and honour attributed to fighting for your country.

With frequent reports of sexual harassment, assault and rape in the US military, I was sadly not surprised by this theme in the play. What stood out to was how incessant the harassment was for the women involved. The production claims to explore “universal issues of women living and working in a male dominated world”; the constant nature of harassment and objectification will stand out to many. One of the women in The Lonely Soldier Monologues was very much alone; she was the only woman stationed with more than 100 men and took both her gun and knife with her to shower and use the bathroom.

The harassment was not just from soldiers of the same standing as these women, but from their superiors as well. The line that struck me the most throughout the entire production, and still stays with me now, is when one woman explains that these were the people who were in control of everything you did: when you woke up, when you ate, when you went to the toilet or showered. These men, who had complete control over their every move, were constantly harassing them and making passes at them, with one woman being quite obviously punished with the worst and most dangerous tasks as a result of rejecting the advances of her superior.

After the play had finished, Menon-Johansson took to the stage for a debate on domestic and sexual violence with Professor Susan Bewley, researcher into domestic violence in pregnancy and editor of ABC of Domestic and Sexual Violence, and Dr Fiona Vera-Gray from Rape Crisis. Both presented some interesting information and statistics to the audience before taking questions. However, as both the women and the audience, who didn’t have many questions, were all in agreement it was not much of a debate, which was a strange and unnecessary way to frame the event. A short presentation from each of the women would have been much more interesting as the few things they said at the start were fascinating. For example, I learnt that the British army does not record statistics on sexual harassment and assault, and therefore there is no work being done to improve things because nobody knows what the situation is.

I spoke afterwards with Menon-Johansson, who stressed the importance of these stories being heard, and said how many people don’t realise what is going on. She was shocked when after one show a man from the British army approached her and said, “It can’t happen in the British army because we’re much more disciplined.” This is the very problem: the denial and refusal to acknowledge and deal with the situation means it will continue to prevail. This is why, Prav told me, the play is so important; even if it just changes the mindset or the understanding of one audience member a night, she feels she is doing something to spread awareness of the issues.

The image is by Becca Smith and is used under a creative commons licence. It shows a photograph of a page of the Daily Mail on August 19, 1914. The headline is “Woman’s Part in the War”, and underneath it reads in smaller type “SUGGESTIONS AND IDEAS FROM MANY SOURCES./REVISING THE TIME-TABLE AT HOME. WHAT WOMEN ARE DOING IN FRANCE./POSTING THE NEWS. FRUIT BOTTLING WITHOUT SUGAR.” The article itself is too small to read, but part of the illustration can be seen: a line drawing of a woman from the side.

Mattie Lacey-Davidson is a trainee journalist with special interest in feminism and religion, tweeting at @mlaceyd