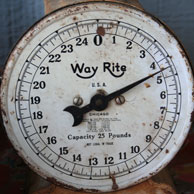 Sephy Hallow is a copywriter and novelist. She has previously written on feminist politics for Sex and Censorship and her own blog, Sex and Sexability. She is currently seeking representation for her first novel.

As a woman, feminist and internet user, there are certain things I have sadly become used to over the years when it comes to the public nature of the female body. Our media breaks down successful women into collections of scrutinized minutiae, selling us on the idea that cellulite and split ends should mean far more to a woman than a degree, a career, a passion or purpose in life that does not revolve around aesthetic improvement. Because I started changing my body, it became a matter of public discussion.

I decided to lose weight a while ago, for the sake of my health. For the most part, it was a positive step, but it brought with it some unexpected downsides. Namely, that my decision, whilst still applauded, was being heavily scrutinized by the people around me.

I realise that with any major change – a new haircut, a job offer, a change in relationship status – friends are bound to want to chip in, show their support, and otherwise keep up to date with the changes in your life. I’m not talking about everyday conversations and comments. What made me think twice was the way it was assumed, by so many people, that I had self-esteem issues, or worse, an eating disorder. And worse still, my boyfriend who, according to medical advice, was for a long time underweight, never received similar scrutiny.

I am a twenty-six year old woman with a bachelor’s degree, a steady relationship and a career. I write articles for a living, wrote a novel last year, and plan on doing a master’s degree. I am a smart, capable woman. I have also been losing weight at an average rate of half a pound a week. Everything I am doing is sensible and healthy, based on eating more vegetables and less crap. So why is it that my friends, family, and even my doctor, want to focus on my apparent fragile self-esteem and the potential for a controlled diet to suddenly spiral into anorexia?

I am glad that there is a heightened awareness of eating disorders, and that people are looking out for the warning signs. Yet, whilst it is important to look out for anorexia in our society, being a woman who is deliberately losing weight should not be thought of as an immediate cause for concern – and being female shouldn’t be considered a symptom.

When I discussed my weight loss with friends, I noticed two things. Firstly, the same platitudes and concerns over and over: “You look great! You don’t need to lose weight. Are you doing this safely?” Second was the reaction to my boyfriend’s weight gain – namely, uncomfortable, awkward silence. My boyfriend was present for these conversations; he was often the one raising the issue of deliberate weight gain himself. Having suffered from dizziness and low blood pressure for a while due to being underweight, he was deliberately increasing his body size in a healthy way, and wanted to share the news with friends. But when it came to the subject of a man’s body, the room went oddly quiet. It was that awkward silence you hear when someone over-shares about their sex life; it was the silence that says, that stuff’s private.

It’s hard to find comparative things people have said about my boyfriend’s weight gain – because they never say anything. Nobody has ever asked if he lifts weights safely, or about the impact of protein powders. No one ever checked he was gaining “for the right reasons”, or reassured him he didn’t need any more muscle. When my boyfriend was underweight, no one questioned his health or habits – not even when he passed out after giving blood. He had fallen below the safe weight limit for donors without realising it, but neither friends, family nor medical professionals said a word. He was an adult; he was in charge of his choices; it wasn’t their place to pry.

I’ve known for a long time that my body is considered a public object; I am begrudgingly aware that female bodies are, from magazines to office gossip, subjects of public discourse. What I didn’t realise was how private men’s bodies are considered by comparison, or just how envious I would feel of that privilege.

I look forward to a day when it is equally rude to comment on a woman’s choices over her body as it is a man’s.

The image used shows an old set of measuring scales and is used under the Creative Commons license.